A British Perspective on Information Manoeuvre 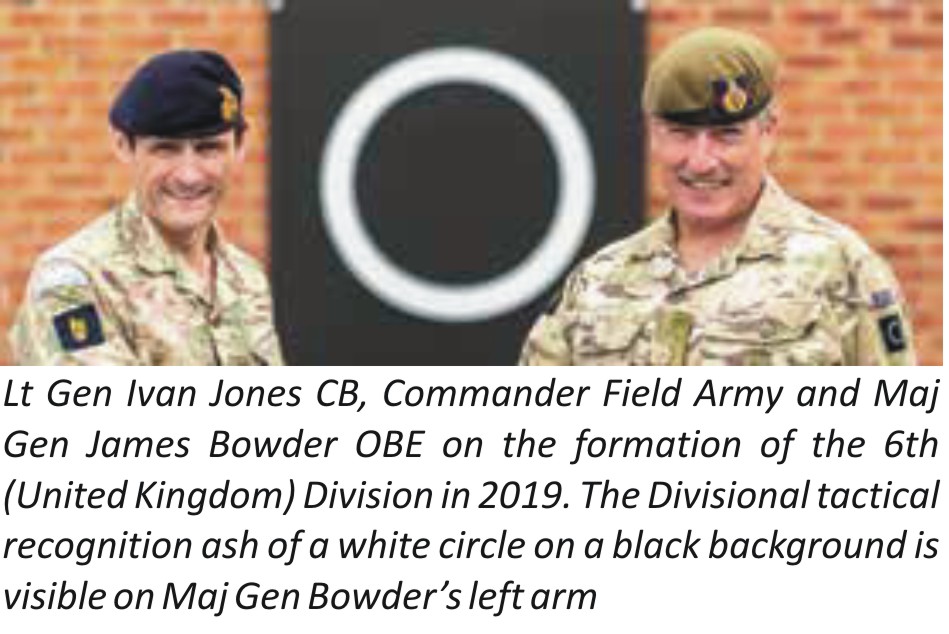 Cannot get better than this. We give you a first hand account of the British 6 Division. The article briefly covers the role and structure of the Division. It also delves into their concept of Information Manoeuvre and the implementation thereof in Warfighting as well as Sub Threshold Conflict

6th (United Kingdom) Division prepares and generates the Army’s Information Manoeuvre and Unconventional Warfare forces for both constant competition and warfighting, as well as routinely conducting operations below the threshold of armed conflict in the virtual, cognitive and physical dimensions. It provides the British Army’s  symmetric edge orchestrating intelligence, counter-intelligence, cyber, electronic warfare, information operations and unconventional warfare. In 2020 it has conducted operations worldwide, continues with conceptual and operational experimentation, and is also supporting the UK’s Civil Authorities response to the COVID pandemic.

The Division has five subordinate Brigades:

• The Intelligence, Surveillance and Reconnaissance Brigade which holds the Army’s ISR assets and integrates them with all Defence, UK Government, and Allied ISR for worldwide operations.

• 77 Brigade which is our Influence formation that conducts Information Activity and Outreach across
the Army and wider Defence.

• Specialised Infantry Group which is developing to conduct Unconventional Operations below the threshold of armed conflict to compete in the Grey Zone, and to counter Violent Extremist Organisations.

• 11 Signal Brigade that provides CIS support to the Warfighting Division.

Although hard power remains vital, the ability to use the information domain to disrupt critical capabilities makes
Information Warfare a vital facet of constant competition and warfare. Disrupting national and combatant command C5ISR, degrading military will and cohesion, attacking the homeland, and undermining societal cohesion all enhance the potency of hard power and combat operations. This is not a uniquely British view with the US Multi-Domain Operations approach and Russia’s Primakov doctrine both applying similar principles. The ability to achieve cross-domain effect, and the proliferation of technology and communications have created radical changes that are both threats and opportunities. Single Service stovepipes are no longer just bad practice, they are open invitations to our adversaries.

The growing importance of space, cyber and cognitive domains in military operations means we must consider them alongside the traditional environmental domains of Land, Maritime and Air. Space is now a near-essential navigation and surveillance asset that we can expect to be contested by high-power lasers, attack satellites of debris
clouds or unsophisticated raids on ground stations. The Cyber and Human domains bring a new dimension to conflict with not only the ability to conduct sabotage and subversion, but also to weaponise social media and cultural engagement. These newer domains are critical to both traditional and Information Manoeuvre.

At its heart, Information Manoeuvre is about fusing and synchronising multiple information-centric capabilities. These capabilities are principally drawn from the Intelligence, Surveillance and Reconnaissance Brigade who deliver effects and understanding and influence specialists in 77 Brigade. It is enabled by the protection and exploitation of our own data by the Signal Brigade. It is a Joint and Combined endeavour that leverages all UK levers and where relevant those of our allies. It delivers improved understanding, enhanced methods of communication, more nuanced and innovative ways to influence target audiences, and protects our people, equipment, infrastructure and data.

The effects above are examples only. They can be used to conduct unconventional operations against state adversaries and Violent Extremist Organisations below the threshold of war, or can be translated into a warfighting environment in support of the UK’s high readiness formations.

Information Manoeuvre is nested within the UK’s national and military doctrine. The Army’s underpinning doctrine
of Integrated Action identifies audiences, actors and adversaries and then seeks to find and exploit opportunities against them. The Army seeks to gain Information Advantage as the credible benefit gained through the continuous, adaptive, decisive and resilient employment of information and information systems to achieve Joint Action and Information Superiority.

Joint Action is the UK’s Joint doctrinal concept that orchestrates military capabilities and activities – both kinetic and non-kinetic – to affect an actor’s understanding and capability, and the cohesion between them to achieve influence.

Information superiority then seeks to gain ‘competitive advantage through the continuous, directed and adaptive employment of relevant Information principles, capabilities and behaviours’.

Information Manoeuvre is not only offensive; it must also defend our narrative from the tip of the spear to the homes of our citizens. Further, we must collect, analyse and exploit both the information environment and our own data whilst protecting it from our enemies. It generates options for the UK to mitigate risks and seize opportunities in what is an  era of constant competition.

Information Manoeuvre complements hard power and warfighting which remain essential instruments of military capability. It engages and constrains our adversaries’ freedom to operate and seeks to prevent wider conflict both globally and constantly. The pervasiveness of the information environment means that even in warfighting it remains a critical component in retaining legitimacy and narrative dominance.

The Divisional Information Group or DIMG integrates with and enhances the 3rd (United Kingdom) Division through Counter-Threat, Cyber, Electronic Warfare and Signals Intelligence, Influence, networks and Multi-domain
ISR. This is enhanced by UK reach-back to draw on wider national resources. The Brigadier commanding the DIMG
integrates his team of around 100 staff within the Div HQ and around 2,000 personnel from forward patrols to academics both in and out of the operational theatre. The DIMG reaches beyond its Army roots to leverage all Multi-Domain assets to gain battle-winning advantage.

The DIMG has been tested on the US Corps level WARFIGHTER series of exercises from 2017-2019. Deployed against a free-thinking enemy it demonstrated the ability to give the Force Commander a disruptive edge by harnessing all information capabilities. There is a temptation to focus on complete denial of the information environment to the enemy in warfighting. However, we will preserve of some parts of their intelligence feeds to allow us to overwhelm and deceive them with multiple dilemmas.

In the Contact Layer or ‘grey zone’ we seek to prevent adversaries from dominating the perceptual landscape or achieving operational surprise. We do this through persistent engagement, collecting intelligence, and challenging
incremental gains in the physical, virtual and cognitive environments. Sub-threshold activity concentrates on exposing adversary activity and countering his propaganda. This may include gaining physical or virtual access to adversary systems or the technical exploitation of weapon effects, explosives or other materials.

We may also enhance our information superiority by using Cyber, Electronic Warfare and Signals Intelligence to deny, deceive, disrupt and disempower the adversary’s own operations and propaganda. We can identify key human, economic and physical terrain and conduct military capacity building and partnering to extend our reach. Depending on the operation we can add specialists from almost any field from Cultural Property Protection teams to experts in CNI and cyber protection.

In conclusion, the UK believes that Information Warfare is an increasingly critical aspect of both sub-threshold conflict and warfighting. Every operation is different but at the sub-threshold level our focus is more on the battle of the narratives, revealing and discrediting malign actors, cognitively channelling our opponents and selecting application of physical and deadly force. We are doing this now and reaping the rewards. As the line is crossed into Major Combat Operations we will do all this and more: deception; multiple time-sensitive dilemmas; manipulation
of enemy commanders and systems; and enhanced find, track and strike options across all domains are added to the menu. This been tested in partnership alongside our US allies in a Corps context on WARFIGHTER and demonstrated how Information manoeuvre is a force multiplier for traditional combat operations. During the first COVID peak in the UK it further proved itself in a novel setting as we provided Military Aid to the Civil Authorities. Information Manoeuvre provides a significant advantage across the spectrum of conflict.