A Case for Connected Aircraft 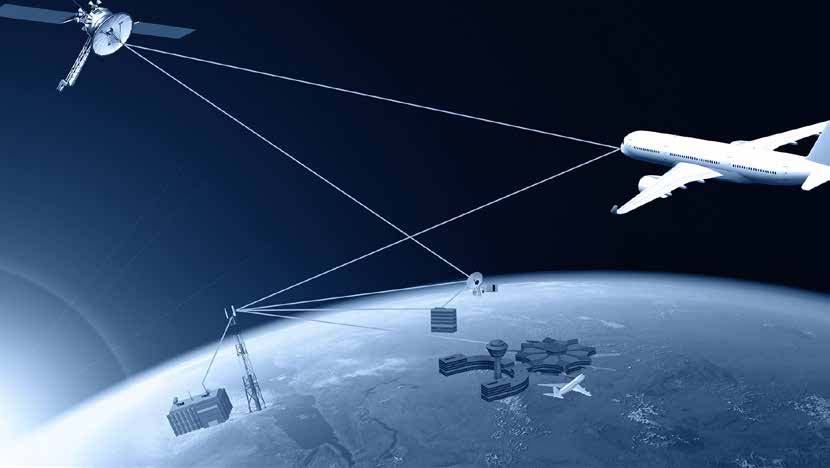 Rapid advances in communication technology have impacted aviation positively in the form of the Connected Aircraft, by enhancing operational efficiency and making flight operations safer. It also gives required edge to air forces, which are so equipped, by providing an indomitable edge in control of the airspace and making them a truly network centric force. The Indian Air Force, which is presently lagging in this regard, needs to pay due attention to the aspect

Thirteen aircraft of the Indian Air Force have crashed in North East India since 1994. The last crash was an AN-32 transport aircraft with 13 crew on board in the month of June 2019. While another AN-32 crashed off Chennai coast, headed for remote Andaman Islands for a routine sortie, three years ago. More than 100 lives were lost in these crashes. There are eerie similarities to all these crashes – Adverse weather and underserved terrain, in terms of communications.

Satellite communications have come of age and hundreds of satellites map every inch of the planet today. Commercial airlines are fast realising the potential of real-time connectivity to their aircraft beyond Flight Safety and extending passenger amenities like IFC/IFE (In flight Connectivity/In Flight Entertainment). More efficient ATM (Air Traffic Management), fuel savings and better maintenance management are some of the proven spin offs from a connected aircraft. The connected aircraft business is estimated at $7 Billion.

The term ‘Connected Aircraft’, has wide implications for the Indian Air Force, the fourth largest air force in the world. The IAF alone has over 1500 aircraft of which about 500 are of transport class, while the Army and Navy have an additional 300 plus aircraft on their strength. IAF has declared itself to be a Network Centric Airforce and is aspiring to create aerospace capabilities soon. The IAF’s efforts in acquiring state-of-art airborne platforms and ground-based ICT capabilities are indeed laudable but the conspicuously missing element in its inventory is the lack of connected aircraft. With the exception of a few VIP fleet aircraft, IAF aircraft rely on LOS (Line of Sight) connectivity. IAF primarily relies on low-bandwidth LOS connectivity for its operations and the aircrew are deprived of real-time situational awareness that can be achieved through high-throughput beyond Line-of-Sight Satellite communications.

In wireless communications, not only do radio waves get attenuated but the range is also limited by the ability of the receiving and transmitting antennae to ‘see’ other. Typical LOS ranges for V/UHF communications vary between 120-150 Km (Maximum).

The entire fleet of aircraft of USAF and its weaponised unmanned aerial vehicles are fully equipped with satellite communications. This capability provides an indomitable edge in control of the airspace and makes them a truly network centric force. Real-time tactical situation, for an aircrew, is an operational imperative not only in battlefield scenarios but while flying in underserved terrain (read remote areas) on routine air maintenance sorties. For example, real-time weather updates can be crucial while traversing the mercurial terrain of the Himalayas.

One of the reasons for under-leveraging the power of the digital platform, that satellite communications provide, is inadequate reach and throughput of indigenous satellites. ISRO is slated to launch Ka-Band satellites in the near future, which offer higher throughput. Gsat-11, India’s heaviest satellite has been launched in Dec 2018 and Gsat-20 is slated for mid-2020. While we can await the launch of these HTS (High-Throughput) satellites, they would not provide the global reach for operations beyond the Indian-subcontinent. India is now a strategic ally of the US and joint exercises in the Indo-Pacific region with US and its ‘Five-Eyes’ are in the works. For conduct of global operations, IAF and Navy should not shy away from utilizing the services of commercial satellites. Information security concerns in utilizing the services of commercial satellite service providers can be adequately addressed with the availability of indigenously developed cryptographic technologies. The Government of India Gazette notification (IFMC – 2018) has not only opened up the Indian skies for enabling IFC/IFE but has also laid out norms for localizing data and location of the in-land Pointof- Presence (PoP). For global satellite majors to set up India specific infrastructure in uncertain market conditions and regulatory environment, is a huge challenge.

Global Satellite service provider, Inmarsat, has tied up with Nokia and Deutsche Telekom to launch an Air-to-Ground (A2G) communication system, based on LTE/4G technology, that provides data speeds up to a phenomenal 75 Mbps to subscribers in the air. FAA has mandated ADS-B transponders on all commercial aircraft by 01 Jan 2020. This would essentially require aircraft to continuously accurately transmit its identity, position, speed, rate of climb/descent etc. This along with Inmarsat’s SB-S technology would greatly enhance air safety and obviate incidents like the MH17 crash. High Throughput satellites (HTS) have prompted a new era in the satellite industry, providing unprecedented capabilities the world over. One advantage of HTS is the increase in throughput, which can be 100 times greater than that of a traditional satellite, for the same amount of allocated spectrum. The increased throughput is enabled by high level frequency reuse and spot beam technology, resulting in a significant reduction in cost per bit. Research and Markets’ ‘High Throughput Satellites: Vertical Market Analysis & Forecasts,’ report estimates that 123 new HTS systems are expected to be launched over the next decade, with global capacity expected to more than quadruple from 690Gbps in 2015 to almost 3Tbps by 2020. HTS capacity lease revenues are forecast to grow from US$1.1 million in 2015 to US$4.9 billion by 2024.

IAF must leverage the connected aircraft platform to establish a communication framework akin to the US military’s Link-16 framework. Integration and testing of IAF’s fighter fleet, newly equipped with Israeli SDRs (Software Defined Radios) is underway and they will be relying on satellite communications. With the bulk of IAF’s recent acquisition of transport fleet (C-130, C-17, Apache, Chinook) coming from a single source, there is a strong case for a well-planned roll-out for customized connectivity solutions for these aircraft. The Russian make MI-17 heptrs, that form a majority of IAFs heptr fleet, have also undergone successful PoC, for satellite-based connectivity, for several use cases. Electronic Flight Bags (EFBs) for the aircrew, realtime data access to operational applications, continuous tracking, monitoring, and analysis are some of the other key takeaways of data-enabled aircraft. Traditionally

IAF has gone for ‘Quick-Fix’ solutions in onboarding satellite-based flight trackers for the transport fleet operating in the NE region and the Andamans. Flight trackers would merely enable faster search and rescue missions in the event of a crash. IAF needs to prepare a roadmap for onboarding satellite-based real-time connectivity on its entire fleet – To prevent crashes. IAF is also one of the premier defence arms of the world that owns and operates its own Pan- India 3G mobile communication network. IAF should leverage this infrastructure to install its own A2G communication system. This would equip IAF with its own additional layer of secure Flight-based communications to complement its MPLS network on ground.