A Strong ADCRS – Lifeline of the Air Defence Battle

Sub Title : The importance of the ADCRS and why is it a virtual game changer in present day warfare 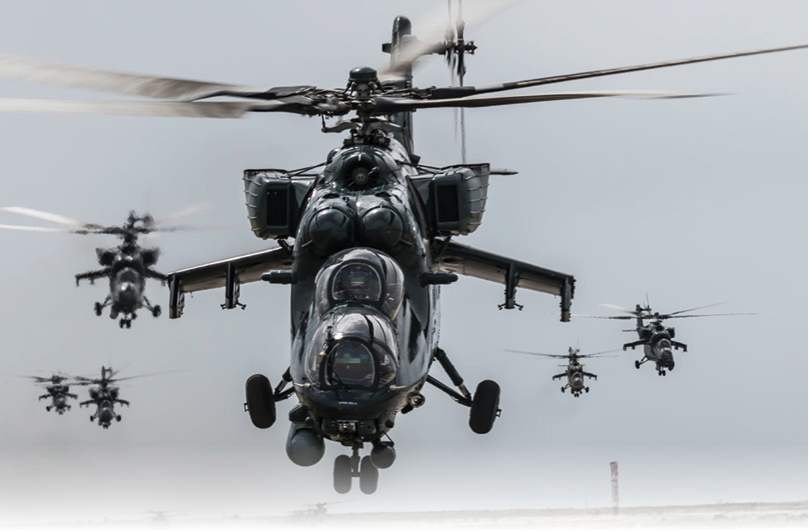 The near absence of ADCRS (Air Defence Control and Reporting System) was perhaps the most debilitating drawback that was responsible for the Armenian debacle, in the recent conflict with Azerbaijan. The article details the importance of the ADCRS and why is it a virtual game changer in present day warfare. It also looks at where India stands in this regard

While many experts have attributed the highly disproportionate Armenian losses to the lethal and unforgiving drone strikes by Azerbaijan, only a few have looked beyond the drones.

In that, while drones were one factor, there were multiple other reasons responsible for the crippling battle losses that led to the capitulation of Armenia. Some of these were:-

♦  Training deficit. Lack of training, tactics and skilful use of ground particularly by the mechanised forces and artillery was visible. It was pathetic to see them moving  non tactically, huddled one behind the other and presenting  ‘sitting-duck’ targets to drone strikes.

♦  Weapon deficit. There was a lack of specific anti-drone weaponry in the Armenian forces. Firstly, there were voids in the holding of state-of-the-art radars, Electro-optical (EO) and acoustic surveillance devices to detect and track the drones. Secondly, requisite drone-specific kill means such as kinetic kill by catastrophic collision or by high rate of fire air defence guns or soft-kill means based on RF, lasers, high power microwave etc. were also missing.

♦   Battle-control deficit. Perhaps the most debilitating deficit that was responsible for the Armenian debacle was the near absence of Air Defence Control and Reporting System, in short called the ADCRS. It was the near absence of ADCRS that made a reasonable inventory of Ground Based Air Defence Weapon Systems (GBADWS) nearly impotent permitting small drones to take out big platforms like radars, guns, missile sites, C2 centres etc. That is the power and effect of ADCRS when it comes to an air defence battle. The article addresses the following issues:-

♦   Why ADCRS is such a game-changer in the air defence battle?

♦   Its contribution (or the lack of it) in the battlefields of Nagorno-Karabakh.

♦   Where are we in ADCRS muscle and what are the imperatives in this regard?

Why ADCRS is such a game-changer?

There used to be a time in sixties when the air threat was prosecuted by a binary pair of first-generation aircrafts and helicopters only capable of hurling unguided bombs and rockets on the Vulnerable Areas/Points (VAs/VPs) that too in fair-weather and  in the visual domain.

To counter the above threat, it was found adequate to deploy air defence guns in single or multiple rings around the VAs/VPs and fire in the autonomous mode on attacking air threat vehicles. This was in addition to the main effort of aircraft providing air defence by intercepting the intruders.

In the decades that passed, the air threat went through a total metamorphosis. Cutting straight to 2020, threat posed by air power has become a major battle-winning factor. There are 4th and 5th generation aircrafts, armed to the teeth with state-of-the-art weaponry that includes precision guided munitions, anti-radiation missiles, loiter munitions, soft-kill munitions and more. Cutting-edge technologies permit all-weather, all-terrain operability, and deep-strike capability from standoff ranges and a strong stealth muscle.

These machines are joined by deadly attack-helicopters preying on their targets while remaining hidden in the nap-of-the-earth, needle sharp cruise missiles, beyond-visual-range missiles and a lethal pack of soft-kill munitions (lasers, high power microwaves, charged particle beams, EW muscle etc.). The other players are the ‘unmanned phenomenon’, the emerging threat of the ‘hypersonics’, the swarm drones and more.

To counter such a formidable threat which manifests in all the three mediums of ground, sea and air, air defences are integrated into one formidable punch. This is referred to as Integrated Air Defence System or IADS. What does this integration mean?

It means that multiple tools of air defence, which include aircraft, GBADWS and shore-based air defences deployed at different locations in the battlefield, are so threaded into one Battle Management and Command and Control

(BMC2) loop that it permits the following:-

♦   Multiple threats are detected at the longest possible ranges.

♦   The information and data about them flows at lightening speeds seamlessly across dissimilar systems at multiple locations.

♦   Effective fire, shifting seamlessly from weapon-to-weapon is brought to bear on the  threat vehicles.

The above task is undertaken by ADCRS. Facing  the type of air threat as described above without a sound ADCRS muscle is like sending your soldiers unarmed, blind-folded and handcuffed against an adequately armed and well-trained enemy.

The ADCRS is not simply ‘communication’ or passing some odd ‘orders’, it actually makes the air defence battle happen by performing the following tasks.

♦   Surveillance of the air space.

♦   Fuzing the inputs from multiple sensors to remove duplication.

♦   Generation of Air Situation Picture (ASP) and cumulating the same upwards up to the theatre level.

♦   Identification of aerial targets into friendly or hostile.

♦   Prioritization of the threat based on immediacy and lethality.

♦   Selection of the most ideal weapon to engage the threat.

♦   Designation of the target to the selected weapon system.

♦   Dynamically shifting the fire from weapon-to-weapon ensuring seamless and successive punishment to the threat.

♦   While, the major losses of Armenia are attributed to the lethality of Bayractar and Horop drones pitched against an enemy showing deficit in tactics, training, and skilful use of ground, what about the destruction of 60 GBADWS including the crippling of S-300 BMD system by a lowly Horop? This is where the ADCRS deficit showed up.

♦   While the Armenian GBADWS inventory did not possess the latest anti-drone weaponry, it certainly had many systems that could keep the drones in their place. Such weapons included high-rate of fire ZU 23 towed guns, Schilka Gun Mounts, Strela and OSA-AK SAMs. However, these could not make a dent because these were not tied up properly by the ADCRS in the manner explained above.

♦   Live-streaming videos from the battlefield showed no  coordinated fire and move of GBADWS. Most of these were seen firing stand-alone and in a sporadic mode. The old-vintage sensors of some bigger SAMs (SA4, SA6, BukM2, Pechora etc) emitting copiously were seen becoming easy targets for radiation-homing drones. The ghastly sight of a Horop ramming into the huge sensor of S-300 was ugly for any air defender.

♦   The net feeling is that either the ADCRS was totally not there or was not operating as it should have. Either way, the destruction was catastrophic and the absence of the ADCRS (besides other voids) was driven home loud and clear.

It may be relevant to mention that not only do we possess nearly the same inventory of GBADWS as Armenia, our potential adversaries have much more drone strike power than Azerbaijan. What about our ADCRS?

♦   In our country, the ‘responsibility’ of the air defence of the national air space rests with the Air Force.

♦   This ‘responsibility’ actually manifests as the overall ‘control’ of the air defence battle by the Air Force (AF).  In that, while air defence is prosecuted by all the three Services in their respective core-competency domains of land, sea and air, the overall control remains with AF. This is the ‘control’ that takes the name- ‘ADCRS’.

♦   For executing ADCRS responsibility, the AF has established an Integrated Air Command and Control System (IACCS) at the national level. Some points about IACCS are stated below.

◙  IACCS rides on the Air Force Net (AF Net) with  SATCOM as the medium of communication. IACCS essentially comprises a series of ADCRS nodes starting from the national level down to formation HQs.

◙   At some point in this chain, the IACCS hand-shakes with the ADCRS nodes of the Army and the Navy which take the chain forward right to tactical battle area.

◙  In this way, the connectivity of the IACCS, duly integrated with the other two Services effectively extends right from the highest level of control down to weapon end.

◙  There are procedures in place (standing instructions, control orders, degrees of autonomy etc.) which ensure the execution of the ADCRS function through IACCS control.

◙  IACCS not only integrates with the other two Services, but also, with civil aviation and all other stake-holders.

We have to obviate  gaps and voids that lie in the ADCRS/IACCS domain and ensure that:-

♦   The handshake between the ADCRS of the three Services must be perfect and seamless so that IACCS is effective.

♦   This handshake must be checked and practiced repeatedly in various tri-Service exercises conducted in a hostile EW environment.

♦   Redundancies must be engineered to cater for crippling soft-attacks on the ADCRS links spread across Service domains.

♦   Training needs to hone the skills of operators in the IACCS regime must receive high priority.