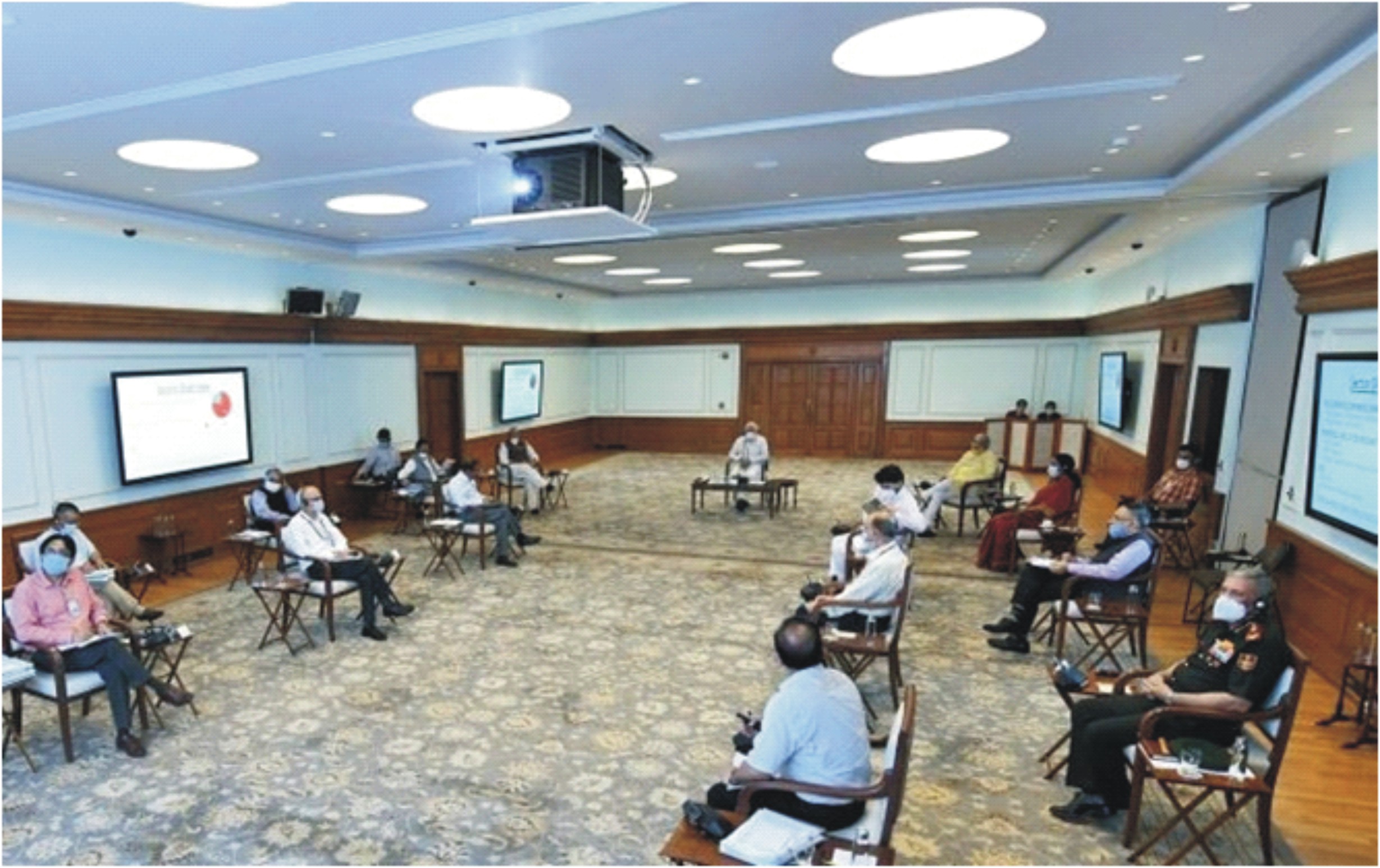 On 30 Apr 2020, the PM held a detailed meeting with the stakeholders with an aim to discuss ways and means to boost the defence and aerospace sector in India. Gen Saxena writes that the PM is a visionary, who has not lost sight of national priorities even during the trying Corona times.

Divorced of the Covidrhetoric, what is likely to be the scenario in our immediate neighbourhood with specific reference to the threat  from our northern and western neighbour? Some salient points are briefly stated:-

1.   Lately, there have been some voices in the open source domain, challenging why so much ado on conventional tools of waging war when a virus can do it all? There is a need to relook at the ‘germ war’ and put our resources in developing this muscle.

2.   In this context, it is stated that world didn’t require a Covid to recognise the grim face of germ warfare, is was there for Centuries as a recognised pillar of the quad; ‘nuclear, biological, chemical and radiological’ warfare.

3.  While the widespread kill potential of the biological weapons is well known, these are unlikely to become the first option of prosecution of conflict in the China-India-Pak matrix for a number of reasons.Some of these are:-

4.  So what will be the ‘threat state’ in the China-India-Pak equation beyond the Covidshadow?Probably the following:-

5.  It will not be wrong to state that post Covid, except for the threat perception in generic terms as stated above, all elsewould go through paradigm change. Some of these could be:-

6.   Continuing with the thread ‘what will change’, it is stated that the Indian Defence Industry will be hit on several fronts such as the following:-

7.   It is in this scenario that the PM has given a call to boost the Defence and Aerospace Sector with a focus on Make-in-India. PM realises fully well, the criticality of the situation, which briefly runs like this:-

The PM’s call is analysed along these lines.

9.  The meeting aimed to discuss a way forward for achieving the following:-

The PM identified six thrust areas to achieve the aim set out as above. These are discussed.

There is actually a need for an ATTITUDINAL CHANGE and the intention to walk the talk as regards Make in India when it comes to the private sector.

As this thrust area is taken on, much of the above shortcomings will come in the sharp focusand meet the eyes of the decision makers.

Hand-Holding- The biggest Need of the Hour,

That was a brief peep into the PM’s meeting. While the world is embroiled in the figures of tested/infected/dead some visionary leaders are clearly ahead of them in leading their nations. One such event took place on 30 Apr 2020.

It is  hoped that the 20 Lakh crore special economic package announced by the PM on 12 May 2020, will be a shot in the arm in progressing the thrust areas identified in the meeting on 30 Apr 2020.