‘Aatamnirbharta’ How it Relates to Ground Based Air Defence?

Sub Title : Aatmanirbharta in this field will enhance capability in a reasonable and acceptable time frame. 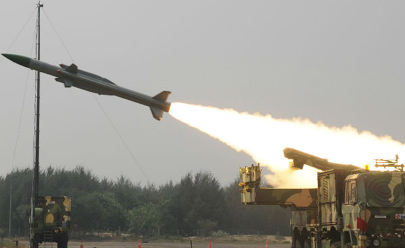 Air Defence is a vital component of a nation’s security infrastructure. The aerospace threat is diverse with high speed and radar protection capabilities making Air Defence a niche field. Also Identification of Friend and Foe in an instant is also crucial. Modernisation of the Air defence component has been delayed due to various factors. Atmanirbharta in this field will enhance capability in a reasonable and acceptable time frame.

Simply stated, sensors to detect and track air threat, shooters to neutralize the threat and BMC2 systems to execute the fast-moving Air Defence battle.  Since these will all work integrated, self-reliance has to make inroads in each.

There are domains that Defence Public Sector has achieved considerable success in. One such areas is radars: ground, airborne or ship based. Electronic and Radar Development Establishment (LRDE) under the Defence Research and Development Organisation (DRDO) has come to be recognized the ‘Radar House of India’. LRDE coupled some Defence Public Sector Undertakings (DPSUs) like Bharat Electronics Limited (BEL), and private sector giants (Tatas, L&T, Mahindras etc.) have generated an indigenous capability to make an entire spectrum of radars for Early Warning, Fire Control, Battle Field Surveillance, Missile Guidance, Ballistic Missile Defence (BMD) etc. In the context of GBAD, the above trio has made radars that control fire of guns (Flycatcher, ADFCR), detect targets at long ranges and designate the weapon systems (REPORTER, 3DTCR, ADTCR ) , guide  and control SAMs  like Aksah (Rajendra)  and detect targets at hundreds of Kms to drive missile defences etc

In all, while the technologies like the 2D, 3D, active and passive electronic phased array  etc have already been harnessed, the road ahead will be to achieve self-reliance in following radar fields:-

If there is one unfulfilled need for self-reliance for nearly three decades, it is an ‘INDIAN AIR DEFENCE GUN’.

While there are many debates on Gun vs Missile, it is suffice to say that this last line of defence is absolutely inevitable if unjammable and close air defence is to be provided to critical assets.

In the last 15 years of seeking to field a successor to L-70 and ZU 23 guns, OFB and private sector giants like L&T, Tata, Mahindra Defence, Bharat Forge, and PunjLoyd had  tied up with foreign OEMs in Russia, USA, Greece and Singapore to buy technology or transfer arrangements with Indian ownership for guns with calibres 30mm, 35mm, 57 mm etc. The expertise so gained must enable India to make its own Air Defence gun on the Buy and Make India route; self- reliance in this area is crucial because guns are the mainframe arsenal of GBAD accounting for some 60% of the total. Under prevailing drives for Make- in-India, any selected OEM will be more than willing to grab the opportunity. The Advanced Towed Artillery Guns System (ATAGS) model of Public Private Partnership offers an excellent opportunity.

Self-Propelled Air Defence Guns (SPADGs), after years of processing the procurement case and protracted negotiations with multiple vendors , we had come close to procurement of a SPADG, critical for the mobile air defence protection of mechanized columns in the Tactical Battle Area (TBA). The selected system was K 30 Biho from Hanhwa Defence South Korea (following on Vajra K 9 success for artillery). A degree of self-reliance was built into this proposal as out of the total numbers under contract a portion (not disclosed) was to be built at BDL exclusively. It is imperative that the current case is pulled out from the shackles of rival claims of competitors (currently under scrutiny by independent monitors) and pushed forward.

VSHORADS (Very Short-Range Air Defence Systems) is crucial to provide the muscle and flexibility in our last line of defence. The ongoing procurement process since eight years with foreign agencies MBDA, Saab and RBE, has not made much headway despite DAC declaring the Russian vendor as L1. And now, courtesy allegations of impropriety by rivals, case is likely to be foreclosed. The question here is – Can we make VSHORADS in India? Short answer is YES.

The seemingly difficult miniature active seeker at the heart of guidance system of the missile is not unsurmountable anymore. Not only has DRDO come within striking distance of such a technology, enough potential in private sector is a fair possibility (initially with the help from a foreign OEM and soon thereafter on our own). This is one missile which is required in large numbers by the three Services and is a recurring requirement. We cannot be perpetually dependent on a foreign vendor for such a main frame system.

As early as 2011 there was a report of BDL planning to set up a VSHORAD manufacturing facility. Also relevant to mention here is the fact that BDL has a standing MoU with Thales for making Starstreak VSHORAD of BAE systems in India. All these and more need to be revived to gain self-reliance in the field of VSHORADS.

Short Range SAMs (SRSAM) has been our strength as Aksah is our very own SRSAM. We need to further strengthen and encash on this strength.

Quick Reaction Surface to Air Missile (QRSAM), another emerging strength, missile for the mechanized field force. While it has been reported by BEL since Jun 2017 that indigenous QRSAM has been tested successfully, it is yet to be operationalized. It is imperative that the current glitches of missile gathering, and guidance are resolved and the weapon changes hand from the production agency to the user.

Medium Range Surface to Air Missile (MRSAM). The contract with IAI and the DRDO to provide MRSAM to the three Services (Navy – delivered, others in progress) is already on. In this context it is hoped that the work share contract between BDL and IAI is such that we do not remain perpetually dependent on foreign sources and the joint venture strengthens both parties much on the lines of the BraMos contract. It is also stated that the overall quantum requirements are such (not disclosed) that IAI-DRDO MRSAM can very much co-exit with Akash MRSAM till we become fully self-reliant.

Battle Management Command and Control (BMC2) System. It is a matter of pride that the national level Air Defence BMC2 system is fully indigenous. In that the Integrated Air Defence Command and Control System (IACCS) riding on the Air Force SATCOM provides connectivity from the strategic (national level to the tactical level) duly integrated with the Air Defence BMC2 systems of the Army and Navy (technical details not covered).

The only unfinished agenda in this area of achieved self-reliance is to remove glitches in the seamless handshake between IADCS and BMC2 systems of the other two Services. These glitches relate to connectivity issues, data transmission and ability to seamlessly conduct the Air Defence battle with minimum restrictions and maximum freedom of action ensuring at all times that the cardinal sin of the Vayu-Rakshaks  (Blue-over-Blue) is never committed.