Aatamnirbharta in Defence: A National Mission

Sub Title : Importance of self-reliance in defense is axiomatic to exercise adequate influence as a regional power 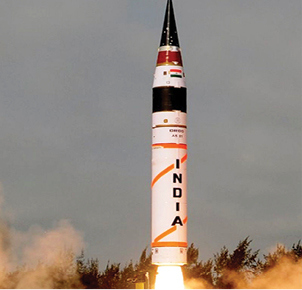 The importance of self-reliance in defence is axiomatic. To exercise adequate influence as a regional power, enjoy greater independence in pursuing the country’s foreign policy options, reduce vulnerability during hostilities; defense needs, including unforeseen surges in demand, must be fulfilled by indigenous Defense Industrial Base (DIB). Indigenous DIB apart from contributing to rise in manufacturing activities, job creation and saving foreign exchange, will also trigger innovation and incubation of Next Wave Technologies.

India has a very large defense industrial base which includes:

Ironically, India despite creating a large DIB supported by 52 labs of Defense Research and Development Organisation (DRDO), remains the second largest importer of defense equipment in the world. Its ability to equip its armed forces remains woeful and is vulnerable to potential sanctions from arms suppliers, life cycle support, meaningful upgrades, emergent/surge requirements and to disruption to supply lines.

The government which bears ultimate responsibility for the nation’s security, set a 70% self reliance goal in 1992, to be achieved in 8-10 years. However, in 2011, the self reliance achieved was 38% with negligible FDI and exports.  Several committee reports on self reliance in defense production, series of a defense procurement policy and defense production policy documents were released over the last two decades. The impact of all these efforts has been minimal.

Owing to the dynamic security environment and sluggish DIB, a determined top down move by the PM to be AtmaNirbhar in defense production and be a net exporter is a positive assertion.

DIB requires scientific discovery and niche technologies, unambiguous policies, structural collective approach by stakeholders within legal framework, fiscal backing, production skills and an eco environment to compete with foreign OEMs and attract FDI in defense sector. Global arms manufacturers will always oppose establishment of indigenous DIB.  The challenges are surmountable by an integrated accountable endeavor of all stakeholders in an interactive progressive environment keeping a correct balance between aspirations and capabilities.

The government backing to upgrade our Defence Industrial Base to a global standard has never been so absolute.

Defense Industry Fundamentals.  The defense market is different from any other.

Technology superiority is a critical component of national security.  Measure of indigenization as a percentage of manufacture is flawed.

Most of our in-service platforms are built to print under licence from foreign OEMs (FOEMs). Since the design is not available to the production agency, no worthwhile indigenization and upgrades can be done.  In addition, the FOEMs, even after the transfer of ToT, continue to supply some critical components in fully formed condition. Therefore, the dependency on FOEM, if the design is not with the manufacturer, is in perpetuity.

*But in conventional systems, DRDO lags the advanced countries by two technology cycles and has chased technologies without users’ support and meaningful understanding, strategy or resolve by the Government. With users mostly resorting to outright BUY or BUY and MAKE with ToT to DPSUs and OFs , the DRDO and private defense enterprises got marginalized. Private manufacturers, in the absence of any major orders and mainly engaged as feeders to public sector integrators, have not invested in defense related R&D.

The latest resolve  by the Government in initially classifying 101 items in negative list of imports and directive to use own Design and Development capabilities and/or adopt DRDO developed technologies is very encouraging for firming of India’s DIB.

As things stand, production of defense items is dominated by the Public Sector.  The infrastructure developed over the years is reasonably impressive. However, servicing a captive customer in the absence of any competition has negatively impacted the production matrix.

Government has taken the right decision to corporatize the OFB to bring in greater efficiency and accountability through best market practices. This transformation, guided the nominated Empowered Group of Ministers, will demonstrate government resolve. This should thereafter lead to disinvesting some DPSUs and/or adopting a PPP model.

Private Sector enterprises must carry out a realistic mapping of their capabilities, domestic defense demand in short and medium term and opportunities being a part of Global Value Chain (GVC). Domestic requirements under revenue expenditure can give sizeable business to MSMEs who have the capabilities to service, OH, indigenize imported components and upgrade in-service platforms/systems.

In addition, high value purchases made by the Armed Forces in recent past have generated sizeable offset obligations. The offset partners must expand their footprints to be part of GVC and in long term acquire the principle integrator.

Bigger private sector manufactures must appreciate that the “Demand Pie” has to be shared by the Public and Private Sector with the latter having the initial lead and advantage. In the Indian context, capable Private manufacturers should emerge as Strategic Partners. Even in advanced countries, demand dictated mergers and acquisitions have resulted in limited number of major manufacturing companies supported by large number of MSMEs located worldwide.