Sub Title : A first hand account of the apprehensions that women have and their hope 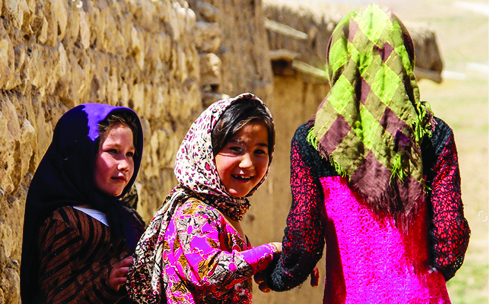 As the Taliban return to power, the ghosts of their treatment of women during the late nineties, come back to haunt the thoughts of many. The writer gives a first-hand account of the apprehensions that women have and their hope from the International Community

Taliban came to power in Afghanistan with a radical Islamic ideology in 1996. This small group had taken control of 32 provinces of Afghanistan by 1999  leaving only Panjshir and Badakhshan in the hands of the Northern Alliance. Afghanistan suffered during this regime as most of the countries labeled Taliban terrorists and did not officially recognize them. Unemployment, violence against women, child abuse, human trafficking, drug production, and child marriages were rampant, forcing people to flee the country. Iran and Pakistan accommodated a huge number of refugees. The Taliban did not last too long and after 9/11 were ousted from power by the US with the help of the Northern Alliance and other militias.

Initially, an interim government was established for bringing stability to Afghanistan. Subsequently, the Islamic Republic of Afghanistan was established, a constitution adopted and a framework for rebuilding Afghanistan worked out. During the period 2001 to 2021, Afghanistan gradually started rising as a Nation. The literacy rate increased, and poverty decreased. The country had an established and powerful army, a well-run government with bilateral and diplomatic relations with the rest of the world. Afghanistan successfully moved forward towards assuring human rights, women’s rights, children’s rights, and freedom of expression. An adequate education system was also put in place. The government supported gender equality thus women were able to get 22% of jobs in the government.

However, during the last two decades, the US ended up creating two segments in the society inside the country. The first one was the modern society and the second one was uneducated and poor, aggressive and backward. Contradictions between the modern and backward segments resulted in injustice, corruption, and positive sentiment for the Taliban, which increased hatred against the US and international troops. The Taliban used this opportunity for recruitment. In the backward society, international troops were seen as an occupation force, consequently, the anti-government movement started from this segment. Attacks on government and civilians increased. Based on the United Nations Assistance Mission in Afghanistan (UNAMA) reports, the Taliban are responsible for 45 percent of attacks that caused civilian deaths and injuries in the first nine months of 2020 in which women and children comprised over 44 percent of all civilian casualties.

In February 2020, after more than a year of direct negotiations, the US government and the Taliban signed a peace agreement that set a timeline for the withdrawal of US troops from Afghanistan. After the announcement by President Biden of a withdrawal of US military forces, the Taliban, which had continued to capture and contest territory across the country despite ongoing peace talks with the Afghan government, ramped up attacks on Afghan National Defense and Security Forces (ANDSF) bases and outposts and began to rapidly seize more and more territory. In May 2021, the US military accelerated the pace of its troop withdrawal. By the end of July 2021, the United States had completed nearly 95 percent of its withdrawal, leaving just 650 troops to protect the US Embassy in Kabul.

Meanwhile, the Taliban continued its offensive, threatening government-controlled urban areas and seizing several border crossings. In early August, the Taliban began direct assaults on multiple urban areas, including Kandahar in the south and Herat in the west. After that, provincial capitals began to fall in rapid succession. Within days, the Taliban captured more than ten other capitals, including Mazar-i-Sharif in the north and Jalalabad in the east, leaving Kabul as the only major urban area under government control. Just in one day, on 15 August 2021, Kabul fell and the Taliban entered the city. Ashraf Ghani fled the country and the Islamic Republic of Afghanistan collapsed without resistance. All of a sudden, the city changed its face, the national army burned their uniforms and handed over their weapons to the Taliban, people burned their working documents, and women were crying, moaning, and confined at home. The new phase of the great game started, with the people of Afghanistan  being  abandoned by the international community

Considering all the change that has suddenly happened in Afghanistan I interviewed a number of women in Afghanistan to find out what their fears and hope are. Amena, 26 years old living in Kabul told me that when she heard about the Taliban having entered Kabul, she thought of committing suicide. She said, “I had a knife with me and was about to do it, but I decided to overcome my fear and fight for my rights” On the third day after  Kabul was captured, she went out and saw the Taliban moving around. One could easily make out how backward and uneducated they are.

As the Taliban assured Afghans of their safety by calling general immunity, they requested Afghans to stay put and help them rebuild Afghanistan, they also requested the United Nations to stay on in the country to reassure people that human rights will be respected. They are calling themselves a new version of Talib, who respect human rights in accordance with Islamic principles. Fatima, 33 years from Kabul said “If they say we are a new version of Talib, it is just a fake statement, their ideology is the same as that of the 1990s. For seeking international support, they need to show that they have changed. If the international community and the US trust them then why have they closed their embassies and evacuated their people and staff from the country?”

On the other hand, Taliban presence in the media, conducting press conferences and allowing women journalists in the street, pretending to the world that they respect freedom of expression, women’s rights to work and education, and the fair and inclusive government is all a farce. Zahra, 40 years old told me that it’s been 30 days since she has not been able to go to the office. She is a single mother and the breadwinner for her four family members. She said, “I do remember the Taliban from 20 years ago, we were out of school for more than 7 years and were forced to wear a Burqa and stayed at home.

I was one of the forced marriage victims during the Taliban, I was just 16 years old when I got married and I lost my husband when I was 24, therefore I started working to feed my family”. It is like a nightmare for her, and she still can’t believe that the Taliban are back in power. When she thinks of her daughter who is just 18 years old having to experience the same pain as she herself did, she feels feel breathless.

Women have protested in different provinces like Herat, Kabul, Nimrooz, Balkh for obtaining their rights for equal participation in the society and asked for safeguarding the political and civil rights of Afghan women, to include their equal access to education, work, justice, politics, and healthcare as enshrined in the 2004 Afghanistan Constitution. During the conflict with the military resistance in Panjshir, the Taliban used Pakistani drones for bombing which caused a massive anti-Pakistan protest led by women. Despite all the fears and concerns, women have taken to the streets demanding their rights. Some protests turned violent with Taliban fighters beating up women in the crowd and journalists being detained and flogged. Fatima, 29 years old said, “I  am an active participant in all the protests; we are asking the world why are you silent? We are not the same women as 20 years ago, we cannot be silent and accept their decision. We are fearless and we are strong. We want everyone to come to the streets and fight for their rights. I am happy if I die and if my blood brings some light for the future of other women”.

The absence of an inclusive government that embraces pluralistic and democratic values and re-establishing their “Ministry of Virtue and Vice” for legitimating the brutal enforcement of female dress codes, backward edicts, banning music, education of girls, and banning the presence of women in the society and removing the Ministry of Women Affairs indicates that the history of 1990s is going to be repeated. Taliban strategy for keeping women invisible is continuing by enforcing different orders such as banning co-education in universities, banning sports for women, asking women employees to remain at home, absence of women and minorities in their Cabinet, and introducing radical dress codes for women.