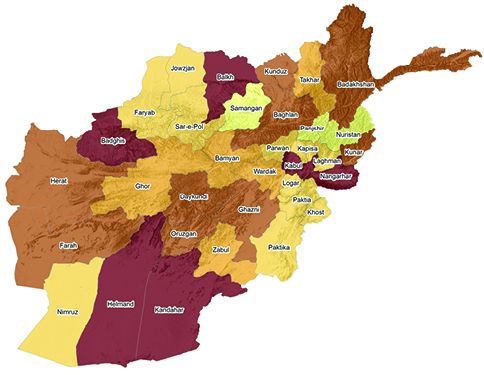 India and Afghanistan have had a historic and trust based relationship for most part of the last many decades. However, recent events in Afghanistan have cast a shadow on the future of the relationship. The situation as of now leaves India with limited options and the need for deft diplomacy

Independent India developed close ties with Afghanistan. The relationship extended to the defence and security sectors. This was so during the reign of Zahir Shah who ascended the throne in 1933. Zahir Shah’s cousin Daud Khan ousted him from power in July 1973. He converted Afghanistan into a Republic and became President. That began an era of fundamental systemic changes; the collapse of the Afghan Republic on  15 August 2021 marked the continuation of that process.

As Afghanistan went through systemic changes India continued to maintain comprehensive ties with it. The Afghan people’s confidence in the Indian partnership was strengthened because of its policy of non-interference in their country’s internal affairs. India, however, in keeping with this policy accorded diplomatic recognition to incoming governments. The exception was the Taliban which captured Kabul in September 1996 forcing Burhanuddin Rabbani’s government to retreat to territories in the north and north-east. Following international consensus India continued to accord recognition to Rabbani; only, three countries—Pakistan, Saudi Arabia and the UAE—extended diplomatic recognition to the Taliban.

Indian approaches to Afghan governments during the period of systemic changes are instructive. They offer pointers for contemporary Indian policy-making towards that hapless state. Hence, their review would be useful.

President Daud Khan adopted a nationalist stance. He also aligned himself with the Afghan army many of whose officers had been trained in the Soviet Union and were impacted by leftist thinking. It is noteworthy that Islamist and Leftist ideologies had begun to influence sections of the Afghan academic class and the urban elite from the early 1960s. The country though remained conservative with the monarchy providing the glue to hold the polity together. With that gone and Daud’s policy inclinations inclined towards progressive steps, destabilisation shoots began to sprout. Daud Khan, however, managed to keep the situation in check.

India recognised the Daud Khan government and continued its policy of close economic and technical cooperation even when Khan decided to reach out to Pakistan and watered down his enthusiasm for Pukhtunistan.

In 1978 the Communists with the support of their fellow travellers in the Afghan army killed Khan and almost his entire family. Split into two factions themselves, the communists sought to impose their revolutionary social agenda on an unwilling people. As their factional fight intensified and the country became restive, USSR intervened directly through sending its forces in December 1979. With greater repression armed resistance began as well as large migrations to neighbouring Pakistan and Iran and beyond. The Soviet presence continued for almost a decade ending in February 1989 with the withdrawal its troops.

In 1989 President Najibullah was in power and he turned to Islam and nationalism to weaken the Mujahideen tanzeems who were headquartered in Pakistan. From there they had with American, Saudi, Pakistani and Chinese support waged a jihad against the Soviets and successive Afghan communist regimes through the 1980s. The Mujahideen with Pakistani help tried to throw out Najibullah immediately after the Soviet withdrawal but he held on till April 1992 but the disintegration of USSR in 1991 made his position untenable.

India recognised Afghan communist governments and maintained extensive relations with them. It was unhappy with the Soviet ingress into Afghanistan but did not publicly criticise it because of its close ties with USSR. As the period of the Soviet withdrawal came close India was concerned at the Mujahideen taking power in Afghanistan. It favoured an inclusive and independent government. That idea was rejected by the Mujahideen and Pakistan and the US was indifferent about it. India continued to support Najibullah till the end.

The Mujahideen and the Taliban Period

The Mujahideen phase began in Afghanistan in April 1992. Their power sharing arrangements did not hold. The country was divided into warring fiefdoms. In June 1992 Burhanuddin Rabbani became President but his government had little control of the country. In 1994 the Taliban movement started and with Pakistani assistance succeeded in rapidly expanding all through the country from its Kandahar base. It captured Kabul in September 1996. Earlier, it had formally announced the establishment of the Islamic Emirate with Mullah Omar as the Amir-ul-Momineen. International recognition eluded it because of its rigid obscurantism, including discriminatory gender practice and medieval criminal justice codes. Thus, the UN seat continued with Rabbani’s government.

Osama bin Laden reached Afghanistan in the summer of 1996. By 1998 he had begun to attack US interests from his Afghan base. Despite pressures from the US and Saudi Arabia, Mullah Omar steadfastly refused to hand over Osama to the US. This intransigence continued after 9/11 too. Consequently, though the US per se had no issues with the Taliban (except for the presence of Osama), it led a coalition of countries to attack Afghanistan in the autumn of 2001. The Taliban were ousted from Afghanistan and fled across the Durand Line into Pakistan.

India accorded diplomatic recognition to the Rabbani government. It cooperated with Iran and Russia to help it in significant ways after it was pushed out of Kabul. During this period India had to deal with the Taliban when the Indian Airlines flight IC-814 was hijacked by Pakistani terrorists and taken to Kandahar. The sympathy and help extended by the Taliban to the hijackers deeply alienated Indian opinion. India welcomed the ouster of the Taliban and the entry of the Northern Alliance into Kabul.

The international community led by the United States and Afghan political leaders, minus the Taliban, met in Bonn in November 2001. That led to the formation of an Interim Government which in turn led to a Transitional Administration led by Hamid Karzai. The Transitional Administration framed a progressive, democratic and rights based Islamic constitution for the country. It was adopted by a LoyaJirgah in January 2004 and established the Islamic Republic of Afghanistan.

The eighteen-year period of the Republic witnessed attempts at foreign designed and desired nation building and social change. This impacted only a section of the urban population. Nation building has to be an internal and organic process which this process was not. Meanwhile the Taliban regrouped in Pakistan with the assistance of the state apparatus of that state. It began an insurgency which neither the US nor the Afghan security forces could defeat. Nor did the hopelessly divided Afghan political class successfully combat the Taliban’s ideology and growing influence. The main blame for this failure lies with the two Presidents. The Afghan economy also remained fragile. All in all, the Republic proved to be dependent on the US and collapsed once US military forces were withdrawn.

India built upon its traditional policy of cooperation to put in place a large-scale programme of all round assistance for the Republic. It contributed to upgrading Afghan infrastructure and its human capital. India was the first country with which the Republic entered into a Strategic Partnership Agreement which led to some cooperation in the defence and security sectors. Significantly, unlike the major powers India did not openly establish any contacts with the Taliban even when it became clear that an envisaged political solution to end the insurgency would involve the group’s participation in an interim government. There are reports though that India had opened up subterranean links with the Taliban.

The Republic collapsed on August 15 with the Taliban entering Kabul. President Ashraf Ghani fled the country. Unlike other areas which hardly saw any resistance to the Taliban, the Panjshir valley, under the leadership of former Vice-President Amrullah Saleh and Ahmad Massoud, did not follow the general pattern. However, the Taliban succeeded in overcoming the armed opposition of Panjshir and now control all of Afghanistan. A caretaker government has been formed but the group seems divided with old tribal and regional fault-lines coming to the surface. For the present the Taliban are a long way from meeting the international community’s conditions on inclusive government, gender and minority issues and standing firm against international terrorism. Meanwhile the humanitarian situation in the country is becoming precarious. If the current orientations of the Taliban continue a general early diplomatic recognition of the group does not seem likely.

India withdrew its embassy from Afghanistan on August 17. Earlier it had closed all four of its Consulates-General. These decisions regarding the Consulates were taken during the existence of the Republic on account of security considerations; the embassy closure was for both security and political reasons. Besides this concrete step India does not have a firm or clear policy on post Republic Afghanistan. It is waiting and watching, warning against terrorism, insisting on women and minority rights and on no country using Afghanistan against another state.

A major part of India’s security class is stunned by the suddenness of the meltdown of the Republic’s security forces. It is reflexively against the Taliban. Hence, it was pinning its hopes on the Panjshir resistance. The Taliban success in the Panjshir valley has been a disappointment. It cannot yet accept that the Taliban may be there to stay in Afghanistan. That is a crucial element which has to be accepted for there is no indication, at least as yet, of the gathering of political and social forces for a general non-Pushtoon public revolt against the group.

The Modi government is clearly not looking at the general pattern of Indian responses to systemic changes in Afghanistan. It is presently pursuing the line India took on the Taliban in the 1990s despite the open meeting in Doha between the Indian ambassador to Qatar and Abbas Stanekzai, now the Taliban deputy foreign minister. It is overlooking the fact that non-engagement with the Taliban would leave the field open to Pakistan and China. That would harm Indian interests for it would establish Chinese hegemony in time over India’s western neighbourhood without this country even contesting it.

It would serve Indian interests to engage the Taliban for that process does not imply endorsement of their ideology, policies or actions. There are sufficient spaces in contemporary Taliban Afghanistan which make it an open shop for India. Certainly, engagement cannot entail incentivisation of the Taliban as Pakistan is suggesting. That would be akin to accepting Taliban blackmail. India could go along with the international consensus on diplomatic recognition which will be difficult for the Taliban to get as long as the international community is not convinced of its assurances on terrorism, gender and minority issues and inclusive government. The demand for an inclusive government is now universally repeated except that no one has spelt out what it would mean. It is unrealistic to expect that the Taliban would allow major political figures of the Republic a role in the government. Besides they too cannot accept subordinate positions.

India must begin sending humanitarian assistance for the people of Afghanistan. This can be done without giving recognition to the Taliban regime. It should be generous in giving visas to Afghans while ensuring its security interests. All in all, India must ponder deeply over the course it took in the past five decades when systemic changes occurred in Afghanistan. This will be all the more necessary if the present international consensus on giving Taliban recognition breaks and some major powers-China and Russia-go the other way. It cannot be overlooked that both of them abstained from voting UNSC Resolution 2593 of August 30, 2021(Afghan territory not to be used to threaten or attack any country and the importance of combating terrorism in Afghanistan).