Sub Title : It is important for women to play an equal and meaningful role in the peace process 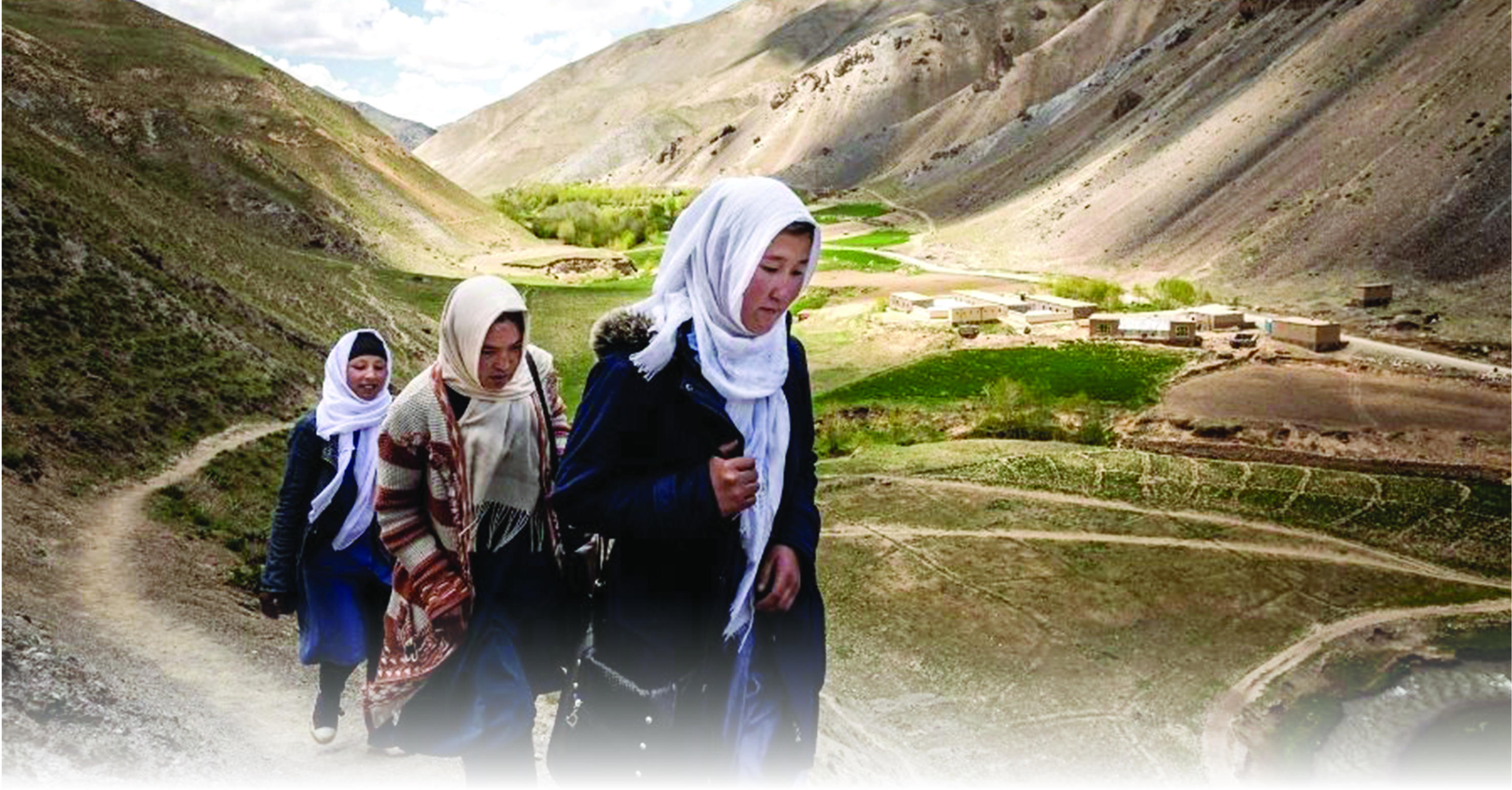 Afghanistan is passing through a difficult phase after withdrawal of international forces and there is turmoil in the country. It is of the important for women to play an equal and meaningful role in the peace process as they can provide a critical framework for inclusive decision-making policies and sustainable solutions

Violence and Conflict have  adversely affected the life of every person in Afghanistan, especially women and children who happen to be the most vulnerable members of this lawless society. Lives of Afghan women have undergone different layers of violence be it domestic, social or structural; they had lost their fundamental rights during the Taliban regime during which they had been subjected to early and forced marriages amongst numerous other atrocities. It is only since 2000, that the Afghan government, international donors and other communities have committed to support and protect women’s’ and human rights in Afghanistan through adoption of various conventions, laws and policies.

Ironically despite considerable progress and advancements, Afghan women are still struggling to somehow benefit from the opportunities created. So much so that they have been deprived of their fundamental rights. Gender inequality has always been an issue. These issues have been raised and reflected in the government and other organizations’ agendas.

However, the fact that adversity  and violence have largely affected women and children more than the menfolk, it is necessary that their roles, demands and concerns be considered during peace talks and negotiations. Unfortunately, women’s participation in peace and security outcomes remains restricted. Hence the impact that could manifest due to their participation is missing. The integral role of women’s civil society organizations in mobilizing support for cessation of hostilities, inclusive ceasefire processes and comprehensive peace talks has been recognized by many researchers and analysts.

However, for the present, leave alone women’s participation, peace talks itself have been put on hold. Violence and war have increased and people, especially women, have lost their hopes for a peaceful resolution. Cases of migration are increasing by the day, making the present situation grim.

This article intends to highlight  the importance of women’s complete, equal and meaningful participation  in peace making and peacekeeping efforts and the significant role that women can play to provide a critical framework for inclusive decision-making policies and sustainable solutions.

With the ever changing position of Taliban on the peace process, their stance for the peace negotiations remains unclear and blurry. On the other hand, they continue their relentless efforts to control most of the districts of Afghanistan especially the countryside. Residents of these areas are forced to follow Islamic Rules and Law based on Sharia. Though the International Community and Afghan Government have a stated policy and are committed to support and protect women’s rights; nothing seems to have changed in Taliban views and perceptions even after a lapse of two decades. Women residing in Taliban controlled areas live in fear and terror, while those working for government and non government organisations have been internally relocated to safer locales.

It is imperative for both parties negotiating the peace process to be committed to protecting Women’s Rights during the Peace Building, Peacekeeping and Peace making processes. There is also a need for negotiating parties to  encourage and ensure participation of women in the peace process and decision making thereby achieving sustainable and positive peace in Afghanistan.

Events over the past month have seen a dramatic change in the scenario with both violence and conflict escalating in most districts of Afghanistan which have been taken under the control of the Taliban. Taliban’s social propaganda has manipulated the mind space of the local Afghan people resulting in most of them being terror stricken. The confidence of the locals has eroded due to the withdrawal of US troops and recent speech of the US President wherein he has stated that the US had  not sent troops to Afghanistan for nation building and that it was the right and responsibility of the Afghan people to decide their future and how they wanted to run their country.

Further incidents like evacuation of Afghans working on US projects (SIV), issue of 2000 urgent visas to women and sudden behavioural change of international communities towards the peace process in Afghanistan have been interpreted in the media as an irresponsible act and raised women’s concerns about violence. The war has made the situation very uncertain and left people feel more vulnerable.

There is a need for the international communities and partners to take responsibility and exhibit sensitivity during the peace process to protect women’s and children’s rights. Evacuation without responsibility for the consequences  is a crime which they are committing on  women who worked for them.

Rumours of enforcement of Taliban laws in areas recently occupied, incidents of forced marriages with underage girls and young widows and announcements of Jahah-ul-Nekah in social media in occupied provinces have dashed Afghan women’s hopes for a better and progressive future. Absence of reliable information from the Taliban is further leading to rumours and panic in Taliban occupied areas.

In the current situation, for most women,  peace is a chimerical concept with the notion and idea of the Taliban about women and their rights remaining unchanged. In case they do accept a peace agreement, they would limit women’s rights and the number of domestic gender-based violence incidents and forced marriages would increase. Women thus live in fear for their security, rights, role and participation in societal affairs under Taliban control.

The  first and necessary element towards a peaceful act is that both sides should accept a comprehensive ceasefire. However, as the ceasefire deals mostly with military technicalities, mediators do not find inclusion of women’s groups particularly relevant at this stage. It is necessary that the Afghan government with the support of the international community reaches out for a comprehensive ceasefire agreement with the Taliban. The comprehensive ceasefire should be an inclusive agreement and its provisions must also be monitored and verified by civil  society. Active participation of women during the ceasefire agreement would guarantee their presence in all the steps of the peace process and be a launch pad for their participation in future. Women are advocating an important share during division of power and protection of their rights. Further, the presence of women in the negotiation process for peace would ensure gender-awareness, justice, gender-equality and equity for vulnerable groups of the society in the conflict.

Afghanistan is passing through a difficult phase after withdrawal of international forces. The concept of staying and fighting is not merely about wielding a gun. It is about fighting for lasting peace and creating  a situation which facilitates building Afghanistan. Women of Afghanistan wish to stay on and stand by progressive forces. They wish to strengthen democracy and build a better future for their children and in turn build their nation, long ravaged by internal feuds and senseless violence. The question looming large is “will the International Community support them or abandon and betray them yet again”?