Sub Title : An objective view of the revolutionary recruitment scheme 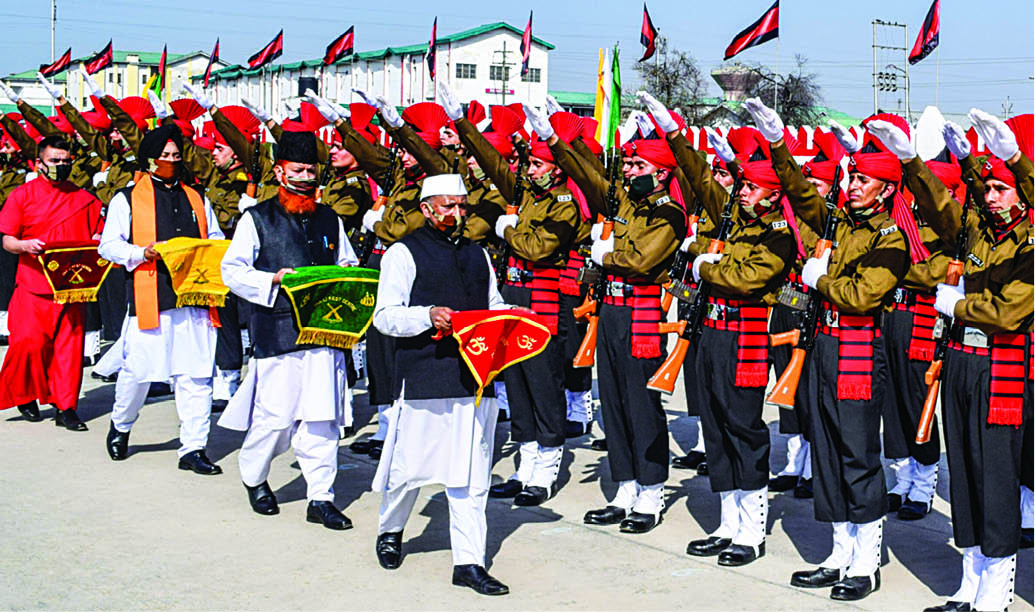 Much has been written and spoken about ‘Agnipath’, a revolutionary reform in the military recruitment system. The scheme also invited instant reactions largely in the form of hasty protests. Now that the dust seems to have settled, an objective analysis of the scheme is presented by the editor.

Agnipath took everyone by surprise, except for a handful of those who had been working on the nitty gritty of the revolutionary change. Recruitment in the armed forces had dried up, initially attributed to Covid, but as time wore on rumours were rife that a new recruitment scheme is in the offing. And then it happened. On 16 June 22, the Raksha Mantri accompanied by the three service chiefs made the announcement, with the AddlSecy, DMA making a detailed presentation to the Media. Greater participation to the country’s youth and ensuring a younger profile in the armed forces were the stated aims of the new recruitment policy.

But as the country woke up the next morning, news of protests and rioting dominated the headlines, as if Agnipath by itself was not enough of a surprise. Having spent three decades in the Army, one was trying to fully comprehend the impact of the new policy, but apparently the protesters had a better idea, perhaps instigated by certain coaching centres and narrow political interests. A number of veterans also spoke out for and against the new recruitment scheme. The government was clearly caught on the wrong foot. Not expecting such a negative reaction to a seemingly attractive scheme, the government fielded senior military officers, state governments, bureaucrats and industrialists to announce sops for the Agniveers, and somehow douse the fire.

The process of recruitment has started since then and plans are afoot in the three services to adjust to the new system and cope with the challenges it brings along. Indian armed forces, no doubt will go all out to make the most of the scheme. Time, as they say, will be the best judge and we will all know how Agnipath delivers as years roll by. Nevertheless, what are the real issues? Let’s take a look.

Detractors of Agnipath have largely focussed their ire on post-release management of the Agniveers who do not make the cut after 04 years. Depriving them of pensionary benefits and leaving them on the street without the guarantee of a job at a young age were the main reasons to justify the agitation. The veterans who disagreed with the new scheme were more concerned about the selection criteria for retention and the consequent man management and leadership issues. Collectively, they all derided the government’s intent to save money, even though the MoD tried hard to assert that budgetary considerations were not the reason. Those in support of Agnipath cited younger age profile, leaner force and a tech savvy military going into future. In generic terms they also supported the idea of adopting change in order to stay in tune with the changing times etc. Time, as always, will be the ultimate (and the best) judge on the effectiveness of Agnipath and similar revolutionary changes.

Agnipath, in actual fact, may be the harbinger of a slew of path-breaking initiatives by a government committed to bring in efficiency and cut out the flab.  It is quite possible that saddled with archaic systems and policies, the political establishment at the top decided to push its reforms agenda starting with the disciplined and orderly armed forces and test the change management.  Tough, and at times seemingly unpopular, decisions are not new to this government as we have witnessed during the last eight years. Starting with the defence services for reforms (new policies), it should not come as a surprise if other sectors too witness certain far reaching changes and reforms. Civil services, police reforms and similar such actions could well be on the government’s agenda.  As a citizen of this country, personally, I do support change and reforms, which I feel are much needed for efficient governance.  Resistance to Agnipath proved two things for sure – Indian society’s resistance to change and the lure of government jobs, which unfortunately is linked with perceptions of job security, mediocrity and lifelong perks. In effect, this is what leads to lethargy, inefficiency and consequent corruption. Anti-Agnipath agitators and their backers unfortunately did no good to change this perception. The government on the other hand must make jobs and opportunities in all departments more competitive and merit based, with mechanisms to weed out inefficient and non-performing personnel. India, with a massive population base, cannot afford the luxury of being a welfare state.

Agnipath, as a test case reform, has interestingly sent out multiple signals in different directions right in the beginning. The government will push for far-reaching reforms. Equally, opposition to such moves at the political level is a certainty. Indian society is deeply enamoured with ‘Sarkari Naukri’ and associated perks.  Change management will thus be the key and will present a real challenge to technocrats and specialists within the system.

Taking Agnipath further, what are the real issues which the armed forces will have to deal with? To be sure, let us face it that each service will be confronted with its own set of challenges as the operational requirements are vastly different from each other.

♦   Truncated training  will be a real challenge particularly where the personnel are to be imparted technical training.  It takes minimum six months to break a young lad into the military tradition, leave alone turning him into a trained soldier. Military training essentially makes you unlearn certain habits,  acquire military discipline and military way of life in the initial stages. This is followed by basic technical training and certain tactical drills to make a soldier out of a young recruit. The process of training continues for years thereafter as the young soldier acquires and masters necessary military skills. Training establishments will have to intensify the curriculum, thus making the training harder which will become the first filter in an Agniveer’s career. Military units will have to devote considerable amount of time to impart training to the Agniveers and make them battleworthy in minimum time.

It may be a good idea to increase the training period to a minimum of 9 months. Technical courses can follow soon after retention.

♦   Reduction in effective Manpower will be felt by fighting units as almost 33% Agniveers may not enjoy junior leaders’ confidence on account of ‘lack of sufficient training’. During operations and active deployment, it will put the unit commanders in a dilemma whether to expose the youngsters to danger or to protect them. Training patterns will have to change to counter the above. Technology will have to be leveraged to reduce the impact.

♦   Motivation levels of Agniveers, who may be anxious about retention in service or life beyond, for most part of the four years may be low.

♦   Esprit-de-corps – integral to most armies wherein the concept of ‘one for all, all for one’ acts as the moving spirit in operations. It takes time and years of training to build the rapport which binds the men together into a well-knit fighting machine.

♦   HR Management issues will emerge as filtering out 25% Agniveers for retention will be a difficult task. Certain percentage (say 10-15%) can be expected to be wasted out on account of medical reasons and domestic issues. Another 10-15% may opt to seek out a new career with their savings and Sevanidhi. But the remaining lot will try hard to stay on, albeit without success.

♦   Dilution of Regimental System. The biggest challenge especially for the (area/sect/caste based) regiments of the Indian Army’s fighting arms will be to maintain the fighting spirit, once the ‘All India’ basis recruitment slowly replaces older troops. A completely new ethos and leadership style will have to be developed to motivate the troops. Indian army fights differently. What makes it tick is not the usual style of command that works for other armies. All India recruitment system will have definite advantages as a nation, but the eventual break up of the regimental system will take a toll on the fighting efficiency of units and sub-units of the Indian Army.

What then are the advantages of this game-changing reform? A brief look:

♦   A younger age profile is a given with an annual turnover of troops(25% retention).  More tech savvy troops, as  claimed by some is incorrect, unless they assume that a younger profile inherently implies tech superiority.

♦   Budgetary savings in the long run are assured. It is not a bad deal for a developing country where monies are forever in demand for a number of competing needs like food, medical, education etc.

♦   Several institutions within the armed forces, which are currently under a lot of pressure will heave a sigh of relief.  Some of these are ECHS, housing and HR departments.

♦   Availability of disciplined, physically fit and trained manpower by way of released Agniveers for absorption into government and private sector. Upskilling of Agniveers through technical or vocational training after their release will increase their employability. Industry should be roped in for providing training and absorption. Certain costs can be borne by the recruits through their savings and Sevanidhi funds.

♦   All India recruiting profile in the long run may turn out to be a unifier. In the short and medium term it is definitely a challenge. But as the HR issues get sorted and military leadership gets accustomed to the new challenges All India compositions may work well.

What then is the verdict? As mentioned in the beginning itself, let time be the judge. Military’s job is to make things work. The government must carry on with the reforms in all the sectors to make the institutions lean, efficient and responsive. Technocrats’ inputs and feedback – the Indian Military in this case, however, is most essential in order to ensure that the edifice does not crumble under the weight of hasty decisions.