One-Stop for Supply of Aerial Targets 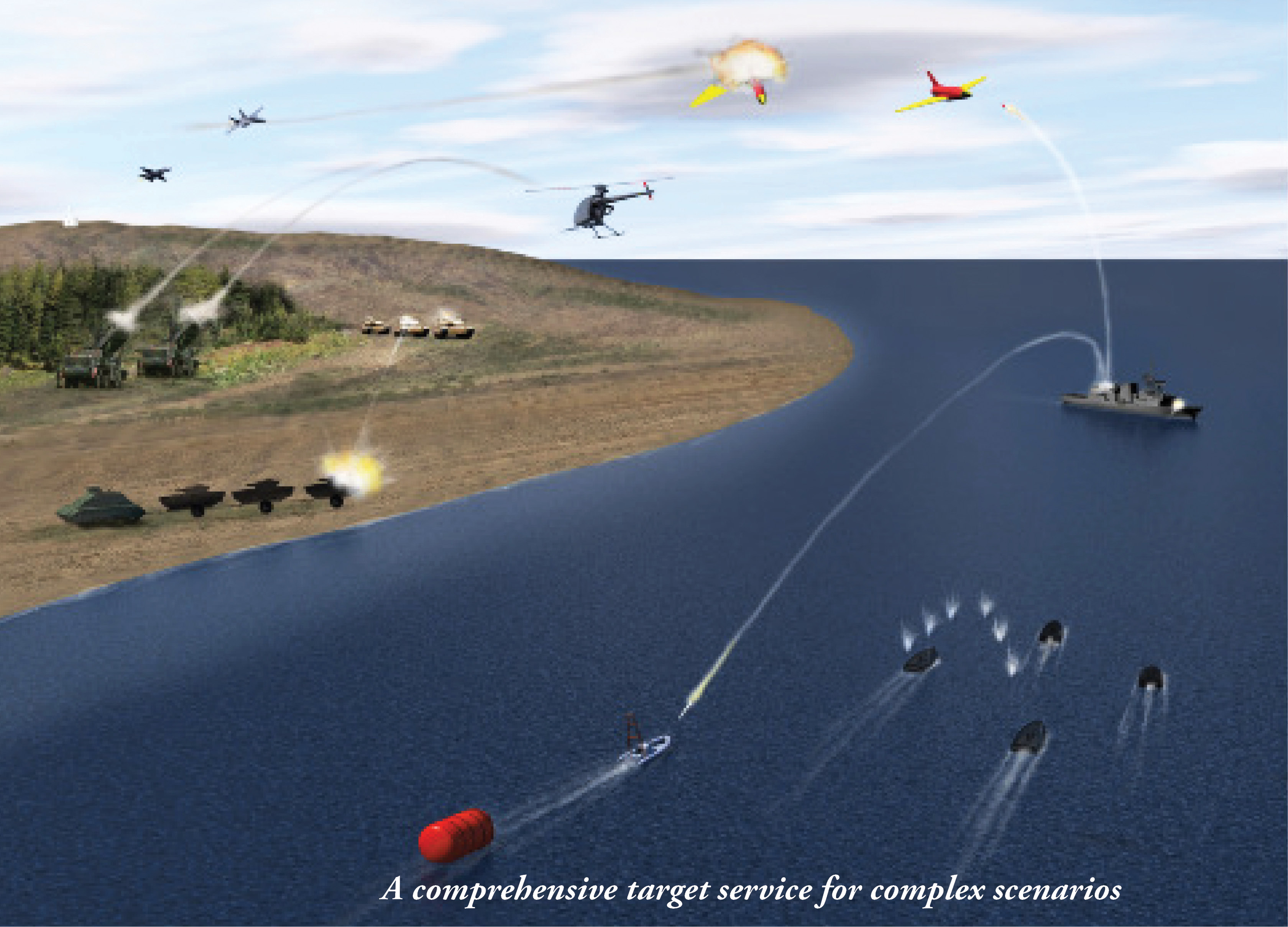 The company commenced operations in 2004 under the name  Sure Safety Solutions Private Limited and changed the name to Anadrone Systems Private Limited  on 31  January 2019. The change was done to harmonise the name with their  current specialised fields of activity.

Anadrone joined hands with QinetiQ Target Systems Limited a UK based company in 2008. Since then, they have become a trusted supplier, manufacturer and operator of target systems for air defence training from simple, low-performance model aeroplane targets through manoeuvrable targets to sophisticated high subsonic and supersonic systems.

Anadrone working in conjunction with QinetiQ Target Systems Limited has reached a  unique position of being a one-stop for the supply of aerial targets to meet all Indian requirements. Many of the systems offered are already being manufactured or assembled in India under the Make II initiative.

The target systems are available for outright purchase and operation by a user or for lease under a target service contract which provides a turn key operating solution range from a simple model aircraft target (MAT) through propeller driven basic pilotless target aircraft (BPTA) and manoeuvrable and expendable aerial target systems (EAT and MEAT) to higher performance systems including a high speed low flying target (HSLFT) and a supersonic target (GA-LST). All the systems are able to carry a range of proven, weapon specific augmentation devices.

Besides Aerial Target Systems, Anadrone are able to provide a variety of agile, unmanned vehicle solutions. For operations at sea there is a range of remotely controlled boats from simple rigid hull inflatables powered by an outboard motor through hard chine mono-hull sporting an inboard engine with outdrive leg to large, rigid hull inflatables powered by diesel engines with out-drive unit. In addition to their use as a direct kill target they may also be used as a tug to tow a variety of inflatable and rigid hull sub-targets.

Besides the range of products available for use as targets for weapon system development and operator training, Anadrone and QinetiQ also provide a range of other unmanned systems for specialist applications. These include a static, multi-rotor helicopter (Hexcopter) and a large  remotely operated conventional helicopter with a payload capacity of 50kg.

For a number of years, Anadrone Systems Private Limited have also been providing turnkey target services at the integrated Test Range at Chandipur in Odisha plus other Indian test facilities at Gopalpur in Odisha, together with those at Mahajan and Pokhran in Rajasthan. The systems are operated by skilled and dedicated personnel who are experienced in operating them around the world for all of the current air defence weapon system types. These services have been provided to several Indian weapon system manufacturers for developmental testing and acceptance trials of the systems.

Anadrone, supported by QinetiQ Target Systems Limited is well poised to give a fillip to the Make in India initiative as they have the wherewithal in term of capabilities, skills and experience required for the sustainable indigenous design, development and manufacture of current and future aerial target systems.

A big step towards self reliance.

A word about Rattler, the supersonic aerial target that Anadrone will produce in India. QinetiQ has released the world’s first unmanned air vehicle supersonic target, called the Rattler, which can be attached to its jet Banshee aerial target and can be launched during flight. It has grabbed world military attention with this remotely-controlled supersonic unmanned target, which is available in both air and ground-launched versions. The Rattler UAS allows militaries to train crews to respond to ARM and cruise missile threats, using unmanned targets that are both affordable and realistic.

Suitable for live training and to support operational test and evaluation duties, Rattler can be ground launched without the need for a launch booster, or released from an air vehicle such as the  Banshee Jet 80. The Rattler has achieved ground launch speeds in excess of 1.85 Mach. Rattler is powered by a solid propellant rocket motor and has a range of about 100km (62 miles) when air launched. It can be fitted with active radar augmentation to meet specific weapon system requirements.

The evolution in threat representation technology is a key part of QinetiQ’s strategy to lead and deliver world-class test and evaluation, training and mission rehearsal capabilities for governments around the world. The operations of the target system are controlled from a ground control station (GCS), which will monitor the pre-programmed flight trajectory of the system. The GCS can simulate different air defence scenarios designed to train the troops.

The target system is made of reinforced aluminium alloys and composite structures. Built using proven design techniques, the Rattler GAL-ST features advanced flight capabilities. The target system will enhance the operational efficiency of the forces by replicating the real warfare scenarios during training sessions.

As a fifth member of the Banshee family of targets – joining the Banshee Whirlwind, Jet 40, Jet 80 and Jet 80+ – customers buying the Banshee NG will own a new generation of transonic aerial target that travels at a faster speed (>250 metres per second), soars to a higher altitude (up to 12,000 metres). An extra advantage to the Banshee NG is that it is operated using the infrastructure and accessories that QinetiQ’s Target Systems business offers for its other Banshee targets. This includes being launched with ground-based pneumatic air-launchers, being equipped with a range of payloads such as radar augmentation, miss distance indication and sophisticated electronic warfare capability and being operated using the command and control systems currently on offer by QinetiQ.

Banshee NG is powered by twin gas turbine engines capable of achieving transonic speeds in excess of 250 metres per second. Command and control is effected by a proprietary QinetiQ guidance system that is also applicable to earlier

Banshee models. The system includes a range-certified flight termination system. The target is recovered at the end of its mission by parachute.

This increase in performance permits the Banshee NG to replicate a wider range of aircraft and missiles than was hitherto possible, while using the same infrastructure and accessories as previous Banshee variants.