Sub Title : The corporatisation of OFB can play a vital role in enhancing defence exports 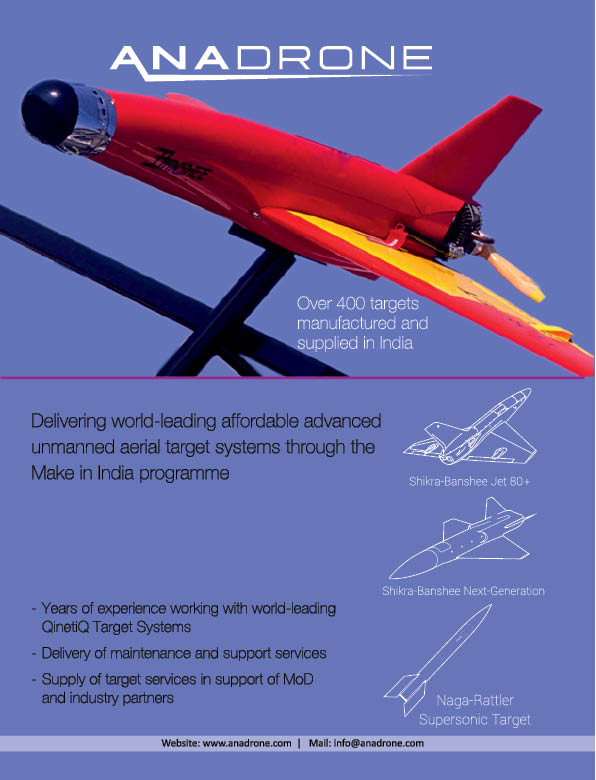 The creation  of seven New DPSUs consequent to corporatisation  of OFB can play a vital role in enhancing defence exports to facilitate endeavours towards regional and global supremacy for the nation. A defence industry which makes the country self reliant and an economic power through exports is therefore fundamental for any country aspiring for global recognition

PM Narendra Modi reiterated India’s ambitions to become a global defence exporter in Feb 2021 citing, “The changing geopolitical reality is that many small nations are now worried about security”. A clarion call by the Hon’ble Prime Minister for ‘Make in India’ and ‘Atmanirbhar Bharat’, has led to renewed zeal and optimism amongst the Indian Defence Industry to be important pillars not only for achieving self-reliance in defence manufacturing but also to appropriately tap the export market. Indian industry, specifically the defence industry, has grown substantially over the past decade, demonstrating its capability to support the Indian armed forces.

A strong and technologically advanced domestic defence industry supports the armed forces in their fight against external and internal threats. Defence expenditure is an important component of the Indian economy.  The country’s geographical and topographical diversity poses unique challenges to the Indian defence forces. India has fought several wars in the initial decades after its independence, relying heavily on imports to meet its defence needs. A cursory look at the list of ten leading defence exporters as per latest SIPRI report reveals that the leading exporters are top economies and dominant forces in the world.

Global Scenario: Where Do We Stand?

The latest SIPRI news bulletin of April 2021 suggests that world military spending has risen to almost $2 trillion in 2020. Total global military expenditure actually reached 1981 billion, an increase of 2.6 per cent in real terms from 2019. The five biggest spenders in 2020, which together accounted for 62 per cent of global military expenditure, were the United States, China, India, Russia and the United Kingdom. Military spending by China grew for the 26th consecutive year.

United States, Russia, Germany, France, China, United Kingdom, Spain, Israel, Italy, Netherlands are the top ten defence exporters, in that order.  Thus, while all other heavy spenders on defence find a place in the top exporters list, India is missing, clearly indicating that there is a long road to travel and that the journey has just begun.

It is extremely difficult to correctly predict the total arms trade value. Nonetheless, as per SIPRI, by adding up the data that states have made available on the financial value of their arms exports, as well as estimates for those that only provide data on arms export licenses, agreements or orders, it is estimated that the total value of the global arms trade in 2017 was at least $95 billion. The true figure, however, is likely to be higher. Union minister for Defence Rajnath Singh stated on 20th Oct 2021 that ‘India is now among top 25 defence product exporting nations and that defence exports meant an increase in our capability, calibre and standard’. India’s defence exports of Rs 10,500 crore have taken the country to the 23rd position in the year 2020 as a global arms exporter, as per SIPRI, certainly an achievement vis-a-vis its earlier status but still a long way to go.  The list of 42 nations that India is exporting defence products to also includes big names such as the US, Australia, Finland, France, Germany, Israel, South Africa, and Sweden.

An analysis of weapon systems market share of global defence trade (2018), by category, published in SIDM report on ‘Enhancing India Defence Exports’ indicates that Aircrafts, Missiles and Ships constitute 45%, 15.3% and 13.2 % respectively and 73.5% cumulative of total defence trade identifying them as the focus areas for enhancing exports.

MoD has undertaken key institutional changes in recent years to facilitate exports. The creation of the Export Promotion Cell (EPC) in the Department of Defence Production (DDP) is one significant institutional step. Measures like the 2019 Defence Attache’s (DAs) scheme is another, as part of which financial support up to USD 50,000 for undertaking outreach activities and market studies is provided to DAs annually. The DA scheme, in its initial avatar, divided 85 countries into three categories — A (23), B (17), and C (45), with the Category ‘A’ countries being seen as having the highest potential for exports. MoD has also established a robust relationship with industry associations to conduct numerous seminars and webinars to explore opportunities for the export of defence equipment. Trade shows, like ‘Defexpo 2020’ and ‘Aero India 2021’ have gained international prominence. Aero India 2021 was aptly titled, ‘The Runway to a Billion Opportunities’. More than 500 exhibitors participated in the trade show, despite limitations imposed by the pandemic, and the show witnessed over 200 MoUs and product launches. ‘Defexpo 2022’ scheduled to be held in Gandhinagar, Gujarat, during March 2022 would further facilitate opportunities for exports.

Ordnance factories supplied ammunition to the United Arab Emirates (UAE) while major exports by the Bharat Electronics Limited (BEL) have included coastal surveillance system for Maldives and Seychelles as well as weapon locating radars for Armenia. BEL has also opened up marketing offices overseas, in six countries apart from JVs with foreign OEMs for joint marketing of niche BEL products. The Draft DPEPP 2020 had, inter alia, flagged the need for enhancing the export focus of DPSUs and the ordnance factories, the importance of marketing and outreach activities, robustness of quality assurance infrastructure, among other suggestions. DPSUs which include the erstwhile ordnance factories have been  tasked to achieve export targets equivalent to 25 per cent of their sales, by 2025. In 2019-20, exports by the DPSUs and the ordnance factories were approximately 2 per cent of their revenues.

The premier national defence design agency Defence Research and Development Organization (DRDO)-developed products like ‘Akash’ surface-to-air missile (SAM) are expected to achieve export success, with the government in December 2020 authorizing the sale of such sophisticated systems. DRDO has released a list of 156 defence equipment that have been cleared for exports. The list includes 19 aeronautical systems, 41 armament and combat systems, 4 missile systems, 27 electronic and communication systems, 10 life protection items, 4 microelectronic devices, 28 naval systems, 16 nuclear biological chemical (NBC) equipment, and 7 other materials.    The government has also created a special committee, comprising the Raksha Mantri, the Minister of External Affairs and the National Security Advisor (NSA), to fast track approvals for such systems. The economic challenges due to the Covid pandemic faced by potential customers of Indian defence equipment are however expected to pose a challenge.

The Cabinet in its meeting held on 16.06.2021 approved to convert the production units of erstwhile OFB into 07 DPSUs with 41 Units. Hon’ble PM formally launched 7 new DPSUs, incorporated after dissolution of OFB on the occasion of Vijayadashami. The seven new companies are Munitions India Limited, Armoured Vehicles Nigam Limited, Advanced Weapons and Equipment India Limited, Troop Comforts Limited, Yantra India Limited, India Optel Limited, and Gliders India Limited. Hon’ble Raksha Mantri mentioned that the new structure will help overcome various shortcomings in the existing system of OFB and encourage these companies to become competitive and explore new opportunities in the market including exports.

Erstwhile OFB has been primarily a departmental unit of DDP/MoD concentrating on fulfilling the needs of services and MHA till 2015-16. The average annual export by OFB in the three years between 2015-2018 was of the order of only Rs 13 crore. The export, however, in next three financial years i.e 2018-2021 jumped more than 15 times to reach a level of 210 crores annually. The figures achieved were still far below the expected levels.

The new DPSUs can now look at all available export opportunities de novo, having come out of many procedural limitations, they should now work on export specific policies like identification of target countries & major exportable products of military & civil use, engagement with foreign missions in India, engagement with OEMs, channel partners & foreign offices of other DPSUs, interaction through video conferencing with buyers & channel partners in target countries for B2B meetings, opening of marketing offices in high potential countries like KSA, UAE & Bangladesh and participation in international exhibitions for product promotion. This shall help in expanding exports of their products to newer countries including some of the so called developed economies like USA, Sweden, Israel, Australia and France.

The new DPSUs should also identify new business areas apart from conventional supplies of arms and ammunition like repair and overhaul(ROH) ventures, technology export and setting up production facilities in association with pvt sector overseas. Other facets that can be explored are safe disposal of life expired ammunition, licenced production for foreign OEMs for NATO and other standards for export and joint R&D for new age armament. Such areas can establish dominance of the nation in exports especially, to developing countries apart from increased revenues.

Concentrating on exports through re-allocating available resources, roadmap for short term, medium term and long term, and identification of export worthy products through visioning exercise to compete with global manufacturers in order to establish dominance in exports can help in enhancing exports many folds. The steps being taken and the results in the next few years would reflect the efforts made now.