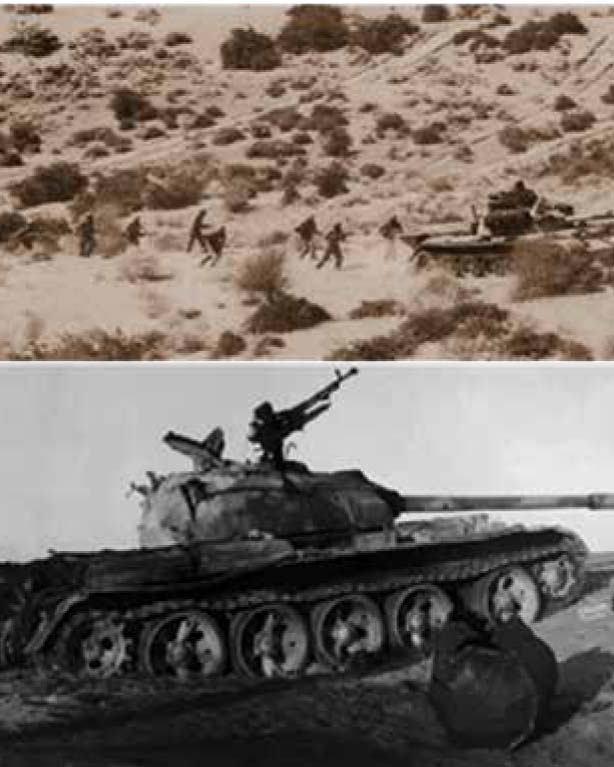 In the 1971 Indo Pak War, while India sought to assuage the sufferings of millions in East Pakistan against the plundering Pakistan Army. Yahaya Khan sought to strike a balance in the West by capturing territory to trade off with that lost in East……. a strategic overreach? or, plain foolishness?……… the very first operation at Longewala would surely have made Yahaya wiser.

Pakistan Airforce launched pre-emptive strikes on 3 Dec 1971 with little success. Further, in pursuit of its plan, Pakistan launched a major armoured thrust into the Longewala Salient in Rajasthan with an aim to capture Ramgarh and march onto Jaisalmer. They crossed the International Border and progressed speedily along an existing track to encounter resistance at the Longewala post. Longewala was defended by a reinforced company of the 23rd Battalion, the PUNJAB Regiment commanded by  Major Kuldip Singh Chandpuri.

The options for Chandpuri were: to dig in and resist the enemy till reinforced, or, to withdraw. Chandpuri, confident of his tactical skills, training of his company and faith in their capabilities decided to hold on. He redeployed his resources to take advantage of his elevated position on top of a dominating sand dune. He was also assured of Close Air Support by the Indian Airforce at dawn. The overconfident Pakistani Commander was in a hurry and failed to appreciate the presence of the air support. He also made other ‘rookie tactical blunders’ of:

♦ not carrying out worthwhile reconnaissance; no intelligence about the enemy position and strength.

♦ moving his tanks into battle carrying an additional load of fuel barrels on top; making them a tinderbox,

♦ and, to top it all he chose a frontal assault on the post; suicidal, any basic training Ustad would tell.

Further, the Pak Brigade Commander was brash and loud: “INSHA ALLAH we will have breakfast at Longewala, lunch at Ramgarh and dinner at Jaisalmer”: –Brig Tariq Mir, Commander 51 Brigade.

In contrast, Chandpuri displayed ‘shrewd tactical acumen’ and exploited the vulnerabilities skilfully to separate enemy Infantry from Armour and destroy them piecemeal.

206 Infantry Brigade with a tank regiment, 38 Cavalry to capture and establish a firm base at Longewala (Comprising of Chinese T-59 and British Sherman Tanks).

♦ 51 Infantry Brigade with a tank regiment, 22 Cavalry to operate beyond Longewala to capture Jaisalmer.

Two Armoured Regiments add up to 90 tanks, more than a handful for a company. Soft sand and determined defence, however, blew them off their tracks, literally…………

Chandpuri’s defences were well prepared for all-round dominance. The company was reinforced by a section each of MMGs, 81mm Mortar, and one Jeep-mounted Recoilless (RCL) Gun. The rest of the battalion was located at Sadhewala, 17 km North-East of Longewala. The Longewala post had no armoured vehicles, but artillery support was available from a battery (Six Guns) of 170 Field Regiment tasked in Direct Support, and 168 Field Regiment (18Guns) which had been deployed just a day earlier.

Immediately after the Pak Pre-emptive attacks on 3 Dec, Chandpuri dispatched a 20-man strong patrol under Lieutenant Dharam Veer to the Border to report on any enemy movement. On night 4 Dec, Lieutenant Veer detected a large enemy column also confirmed by the Army Air Observation pilot covering the area. The column was heading directly for Longewala. Chandpuri asked Veer to shadow the enemy and made an SOS call to his Battalion HQ for reinforcements, artillery and armoured support. The HQs could promise some relief only after six hours and Chandpuri was given an option to contain the enemy for as long as possible or withdraw. Chandpuri chose to stay and fight; guts and confidence nurtured by capability and preparedness.

Longewala was contacted at 12:30 AM with a column of 65 tanks (believe me, that, by any count is huge count). Pakistani artillery opened up with Medium Artillery Guns at the beleaguered post. Working to a plan, Chandpuri commanded his troops to hold fire till the very end. The wait was worth it, from their vantage point, the Jeep RCL guns were able to target the weak top of the tanks easily and effectively (two more RCL guns had arrived). The targets by now had gone stationary, bogged down in soft sand for which they were not one bit prepared. Spare fuel drums on the tanks caught fire, they had to. Not only were the tanks burning, they were also daylighting the accompanying Infantry. The grand offensive halted in its tracks with 12 tanks destroyed, all thoughts of Brig Tariq Mir Sahib’s grandiose breakfast, lunch and dinner were up in smoke.

The story gets even more interesting……., the Pakistani Infantry took charge……….the were also immediately halted in their foot tracks…….this time by a barbed wire……….which they mistook to be a minefield (minefields are normally so marked to prevent own casualties). Two precious hours were lost in trying to confirm the minefield and it was getting close to dawn. Major Chandpuri was also effectively directing artillery fire at the already baffled and disoriented enemy.

In spite of innumerable odds, the attack was courageously beaten back; every soldier performed his duty, including cook Bhagi Ram who ferried ammunition to the trenches without a break.

The Pakistani commander then attempted to surround the post and was bogged down in soft sand; poor intelligence and insufficient recce were once again taking their toll. It was at this juncture that Sepoy Bishan Dass of the PUNJABIs, with his detachment of pioneers, started placing anti-tank mines along the route of the assaulting tanks.

By now the Pakistanis were frustrated beyond redemption. Their massive numerical superiority had failed to shake the brave PUNJABIs who held on resolutely till dawn; two Pakistani tank regiments had failed to dislodge a Company Defended Locality at Longewala.

With the break of dawn, the Pakistani column lay bare to aerial attacks. Indian Airforce Fighters at dawn started what the pilots described as ‘Turkey Shoot’. Pakistani armour panicked and began taking evasive, albeit futile manoeuvres. By noon, the assault ended completely, costing Pakistan 22 tanks destroyed by aircraft fire, 12 by ground anti-tank fire, and some captured. With 100 vehicles destroyed or damaged around the Longewala Post the Pakistani dream of a deep strike into India lay shattered.

Indian casualties in the battle were three soldiers dead while three were injured. In addition, one jeep mounted RCL gun was damaged. Pakistani losses were 200 soldiers killed. The Pakistanis also suffered the loss of more than 34 tanks destroyed or abandoned, and many other vehicles. A judicial commission set up by Pakistan at the end of the war recommended the commander of 18 Division Major General Mustafa to be tried for negligence during the war.

The Battle of Longewala goes down in the annals of military history as a classic case of human resolve and motivation in the face of extremely heavy odds. Major Chandpuri was awarded Maha Vir Chakra while Subedar Rattan Singh and Sepoy Jagjit Singh the Vir Chakra, the latter posthumously. Sepoy Mathura Das, the recoilless gunner and the daredevil Sepoy Bishan Dass were awarded Sena Medals, the latter posthumously. Lieutenant Dharam Vir received a Mention-in-Dispatches, Bhairon Singh of BSF was awarded the Sena Medal. Seventeen IAF pilots took part in the battle, six of them were awarded the Vir Chakra. 23rd Battalion of the Punjab Regiment was awarded the Battle Honour ‘Longewala’ and Theatre Honour ‘Sind’