BEL is the ET Iconic Brand of India

Sub Title : BEL ’s superb performance in recent years has been recognized and rewarded by ET The new CMD deserves credit for doing well as the CFO 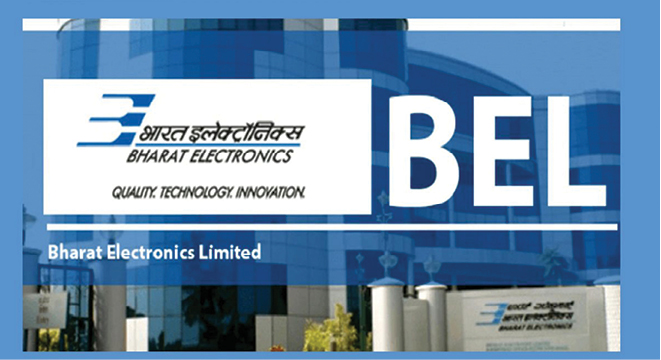 There are organisations of repute. And there are most valuable brands, their names written in gold, in the annals of history. The iconic brand value of Navratna Defence PSU Bharat Electronics Limited (BEL), which shaped the growth of Defence electronics in India, has been celebrated by the country’s premium media house as “The Economic Times – Iconic Brand of India Award – 2022”.

Mr Dinesh Kumar Batra, CMD, BEL, received the award on behalf of the company at the awards ceremony, organised recently in Mumbai.

Guided by a farsighted vision to make India self-reliant in Defence electronics, BEL was established in 1954 under the Ministry of Defence, GoI. Be it Himalayan blizzards, salt-laden waters of the Arabian sea, or simmering temperatures of the Thar desert, BEL designs, manufactures and supplies state-of-the-art products and systems that are meant to excel in extremes and meet the exacting standards of the Indian armed forces. Yet another factor that has been pivotal to Brand BEL is the total trust that customers have reposed in the company.

Today, there’s not an area in Defence which is untouched by BEL – Radars, Missile Systems, Military Communications, Naval Systems, Electronic Warfare & Avionics, C4I Systems, Electro Optics, Tank Electronics & Gun/Weapon System Upgrades, Electronic Fuzes, you name it, the company has made some of the most iconic products in all these areas.

But though Defence is its mainstay, BEL has touched a chord with the common man through civilian products like solar traffic signals and Electronic Voting Machines (EVMs). When the country wanted its services most, BEL successful completed manufacturing of 30,000 ICU Ventilators in a record time to help the Government of India in its efforts to combat the COVID-19 pandemic.

BEL is pursuing the cherished dream of self-reliance by espousing the Government of India’s ‘Make in India’ initiative. Be it the efforts that the company has been putting in to engage in collaborative R&D – in addition to augmenting its own R&D set up – attempts to outsource work from Indian private industries and MSMEs, or the path breaking decision to go in for Public-Private partnerships to execute huge missile programmes, BEL is leaving no stone unturned to ensure that it is in sync with the Government’s larger goal of indigenisation and Atmanirbharta (self-reliance). BEL is also fast expanding its global presence, putting its best foot forward to give a thrust to exports worldwide.

The Government of India’s new policies for Defence aims at providing a level playground for both public and private sector. But despite the opening up of Defence to private companies, BEL has been growing at around 15% rate, courtesy the progressive policies that it has put in place to maintain competitive edge in the changing business scenario.

Brand BEL has a promise: