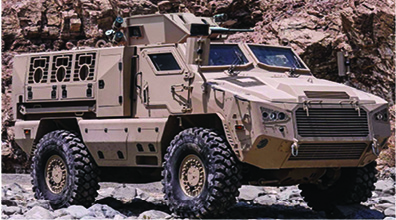 Bharat Forge is one of the leading Indian OEMs in defence and has a number of achievements to its credit. Having delivered the mighty ‘M4’ an all-terrain, wheeled armoured vehicle to the Indian Army recently, the company is currently involved in several prestigious campaigns including the ATAGS artillery gun and Close in Air Defence Weapon System. Responding to our questionnaire on self-reliance in defence, Col Rajinder Bhatia, President &CEO, Bharat Forge Defence put forward some forceful arguments. Excerpts:-

Indigenization is the most important aspect of self-reliance in defence. Grant of AoNs to Indian industry in most cases is a definite push in that direction. What is the level of preparedness to shoulder the responsibility?

Indigenization is indeed the first step and most important aspect of self-reliance in defence. The policy shift is significant and will encourage indigenous design, development, innovation and manufacturing of defence equipment in the country. The pandemic and the war have made it abundantly clear that we need to reduce our dependence on imports.

The objective of self-reliance in defence should go beyond mere production, and leverage capabilities and modern technologies to create design leadership in the industry. The private sector will play an important role in making the country self-reliant in defence. It is only recently that they have come out of the peripheries and started actively contributing to the defence space. Look at Akash, Pinaka, Dhanush and most recent ATAGS – these are all indigenously designed and developed defence systems.

Today we work with over 400 MSME to develop innovative products and technologies.

After unveiling of the third list, over 300 sophisticated items will be covered, ranging from complex weapon systems to critical platforms. Since the notification of the first and second lists, contracts for 31 projects worth

Rs 53,839 cr have been signed by the armed forces.  For the private sector to play a larger role, there needs to be greater trust and the GoI must ensure that there are no hurdles.

MoD is issuing ‘Import Positive Lists’ at a rapid pace. Will the Indian Industry be able to fulfil the gap?

The Indian industry is well-equipped to handle the responsibility entrusted upon them. The ‘Import Positive Lists’ reflects the confidence of the Government in the capabilities of the domestic industry to meet the requirements of the armed forces and manufacture equipment of international standards.

There have been promising developments in the Indian industry that eventually led to the Government accelerating the push towards self-reliance.

With such a remarkable performance in technology and logistics, Indian industries can not only fill the gap but also strengthen exports to other countries which is in India’s strategic interest. The Ministry of Defence has signed more than 180 contracts with the Indian industry in the last 5 years, worth over $25.8 billion, under the ‘Make in India’ scheme. The Ministry of Defence has set a target of achieving a turnover of Rs 1.75 lakh crore in aerospace and defence goods and services by 2024,

The country is receiving overwhelming response from the private industry. Just to give a perspective, the government has issued a total of 568 Defence Industrial Licenses to 351 companies; 117 companies have commenced production.

Is the government support to Indian industry adequate to keep pace with reforms in DAP?

Well, the Government of India is taking major steps to accelerate the process of self-reliance in defence. They have encouraged large, medium and small enterprises to innovate, design, develop and manufacture key defence equipment required by the Indian armed forces. The Government accorded ‘Buy Indigenously Designed, Developed and Manufactured’ the highest priority for the procurement of capital equipment to encourage the indigenous design and development of defence equipment. The ‘Positive Indigenization Lists’ are also playing a significant role in helping Indian defence industries manufacture high technology weapon systems with their own capabilities.

There are also provisions and specific reservations made by the Government for MSMEs to encourage the substitution of imports. The Government has also gone as far as to make the eligibility criterion more lenient, reduce the documentation and consider the proposals made my independent individuals or industries.

Suggestions which merit urgent attention of the Government of India.

The Government of India should focus on speed. There is an urgent need to pace up at the foundational level. Due to delays for various reasons, products that should have been tested and incorporated much earlier are still waiting for trials.

The Government should look for options beyond depending on Government based institutions for all defence requirements and assign some important tasks to the private players who are equipped and ready to immediately develop and deliver the required defence products.

The global order is expected to see a significant change in the coming years. India as a middle power with two nuclear-armed neighbors doesn’t have the luxury of depending on any other nation for critical defence technologies -self-dependence is the key.

If you look at the changing dynamics of war and the way it is shaping up traditional armed companies alone will not be able to fulfill the changing demands. Hybrid cyberattacks are becoming the part of todays conflicts and these throw significant opportunities for the new changing world especially startups, cyber firms and companies that can integrate such technologies with the conventional products and create future products.

We have a burning desire to make India self-reliant in the space of Defence, and we have the sound understanding of metallurgy along with know-how of integrating technologies to produce world class products.

Current initiatives, technologies and products which are important to Kalyani group in defence.

KSSL is developing an entire range of artillery for the Indian Army: Advanced Towed Artillery Gun System (with the DRDO), Bharat 52/45, Garuda 105, and a range of mounted guns and ultra-light howitzers. With the level of expertise we have in-house, we can compete on a global scale because defence equipment is essentially full of forgings, which is where our prowess lies.

The ATAGS program was generated by the DRDO and their production partners were chosen and we were one of them. The ATAGS has accuracy, consistency, mobility, reliability and automation, and can fire five-round bursts as compared to three-round bursts by other contemporary foreign guns. It recently completed the summer trials in Pokhran and faired extremely well. The gun has shown exceptional mobility.

We have also developed Garuda 105-V2, which a very unique technology. It’s a 105mm 37 Cal Mobile Weapon System with 360° firing capability. It’s an ultra-light weight gun system, under 5.5 ton. It is made with state-of-the-art Hybrid Recoil Technology and is mounted on 4×4 wheeled chassis which enables all terrain manoeuvrability including High Altitude. It comes with a shoot and scoot capability and very low maintenance cost.

Then there is the Kalyani M4 which is multi-role, highly dynamic, mine-protected army vehicle. It has a multi-role platform with an innovative flat floor design and has an indigenously developed independent suspension. KM4 comes with proven reliable drivelines in-service and can continuously operate from – 20° to + 50º Celsius.

The Mine Protected Vehicle (MPV) is rugged and proven Military Vehicle platform tested by the Indian Army. It provides high levels of protection up to B 7 and can go anywhere with supreme cross country performance. The vehicle provides a 14Kgs TNT blast protection under hull and 21 Kgs TNT blast under any wheels. MPV also has a 360 degree rotating armoured turret with modular weapon mounts.

We recently unveiled Bharat 150, a multi-payload, variable mission drone indigenously developed by us. The X-8 configuration drone is already under testing by the Indian Army in high altitude areas in Leh-Ladakh and performed 8.5 KM with 20 kg payload. The drone is a vertical take-off and landing (VTOL) Unmanned Aerial Vehicle (UAS), with a maximum take-off weight of 150 kg and empty take-off weight of 58 kg. The craft comes integrated with an indigenously developed radio communication system and Inertial Navigation System (INS) with anti-jamming and anti-spoofing.

The drone’s batteries can give minimum 30 minutes of endurance with a communication link encryption (128 AES) for 50 km – 200 KM. The endurance can be enhanced as per the application. It’s autonomous and electronically stable design makes it suitable for application in Logistics, Search and Rescue, Signal Intelligence and communication intelligence, ISR, Loitering Munition for warhead dropping and so on.

Kalyani Strategic Systems Limited is all geared up to make Indian self-reliant and self-sufficient in defence. We have a string of other products also lined up. We will continue to keep using our capabilities to make India’s defence sector more robust and hope for a speedy incorporation of our products into the Indian Armed Forces.