CDS: An Opportunity to Disrupt Traditional Military Thinking and Planning 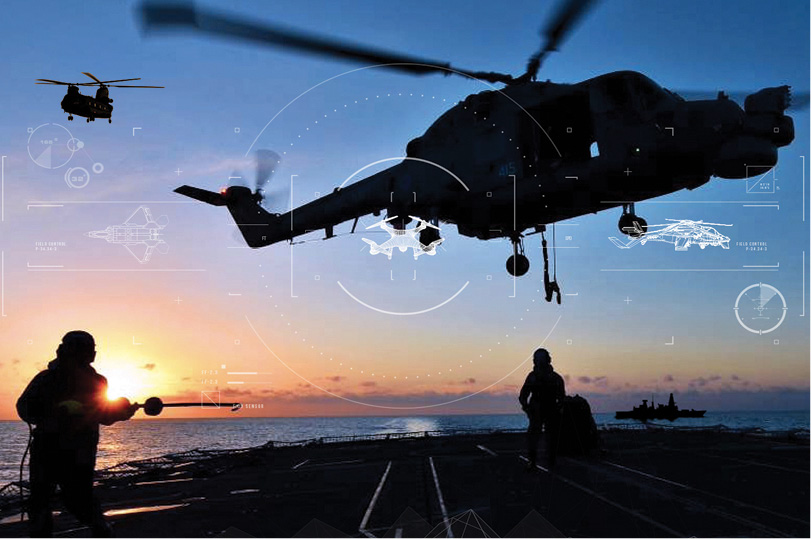 Rapidly advancing technologies necessitate that we disrupt traditional military thinking and planning to  move away from status quo. This would help us keep pace with armies of developed nations who are already in the process of  harnessing technologies such as AI et al

In his Independence Day speech, Prime Minister Modi announced that the country’s military will now be led by a Chief of Defence Staff (CDS). The decision has put to rest a long pending demand for a CDS which had been recommended by a number of committees constituted by the government in the past. A quick reading of media reports suggest that it is one of the biggest military reforms and commentaries by strategic experts argue that it would facilitate “sound military-strategic advice” to the political leadership and the Cabinet Committee on Security (CCS) as also encourage tri-service synergy to reduce inter-service competition for limited financial resources. It can potentially reduce bureaucratic hurdles as also facilitate quick decision-making on matters of procurement of military hardware and equipment which would result in advantage of scales in purchases. Furthermore, it will enable joint planning processes as also compatibility among various sections of the joint force. The CDS should have authority over the three service chiefs for a number of important tasks other than functioning of individual services and military operations which would continue to be performed by the respective service chiefs.

With  warfare undergoing major metamorphosis and transformation due to rapidly evolving technologies there is a need to disrupt traditional military thinking and planning. The appointment of the CDS affords an opportunity to do so as his charter would entail looking at functional-operation issues, such as joint planning and application in space, cyber, nuclear, hardware and equipment procurement, joint doctrines, joint training and compatibility in equipment and communications for joint operations.

In this context, the CDS would also be addressing the ‘role of’ and ‘need for’ Fourth Industrial Revolution (4IR) technologies such as Artificial Intelligence (AI), Augmented Reality (AR) / Virtual Reality (VR), Machine Learning (ML), Big Data, Blockchain, Internet of Things (IoT), Robots, Drones, 3D and 4D printing, etc. which would have to acquired/developed for use among a wider military clientele.

The First Industrial Revolution featured steam power for manufacturing goods; the Second Revolution was led by electric power for mass production; the Third Revolution is about information and communication technology to boost production of goods and services through digital processes and is currently underway. The Fourth Industrial Revolution (4IR) is tethered to the Third and is unfolding and it permeates the ‘physical, digital, and biological’ domains and can cause massive disruptions with deep impacts.  Close on the heels is the issue of Singularity which is expected to arrive by 2040 when AI will become ‘super-intelligent AI’ and humans will be left far behind amid fears that if allowed to advance freely it could create many other unforeseen challenges.

The military has not been immune to industrial revolutions of the past and there have been several transformations that shaped its development and conduct of warfare. These were tethered to and evolved and transformed with the industrial revolutions. Under the Third Industrial Revolution, the military took advantage of digital technologies and built/acquired cutting edge combat capability to overpower and overwhelm the enemy by dominating the C4I2SR (command, control, communications, computers, intelligence, interoperability, surveillance and reconnaissance) and put to use lethal ordnances, sophisticated platforms and weapons and systems; which have shaped contemporary warfare. Militaries have operated across a large swath of space on land, at sea and in the air independently in far-flung dispersed groups yet connected through digital networks. With the advent of 4IR, the nature of operations is again under transformation and in this case,  platforms can operate autonomously and even take decisions based on AI and deep machine learning.

There are many examples of militaries harnessing 4IR technologies for unmanned vehicles, autonomous platforms and aerial drones. Also, some technologies particularly Blockchain will impact military planning and can potentially enhance efficiency in combat operations, intelligence, surveillance and reconnaissance, engineering and maintenance, and human management.

Similarly, military supply chains including human resources are already in the throes of 4IR. These will be AI-enabled and would optimise supply and demand of goods, materials and services and track use, replacement requirements and predict orders. For instance, logistics system could track fuel usage trends of military vehicles, aircraft and ships. Similarly, AI-enabled supply routes would determine most advantageous driving route that delivers the logistics to military establishments. Digital twinning of platforms for upending efficiency and managing technical risks are under active consideration. These will necessitate significant changes in military skills and future soldiers will have to be adept in 4IR technologies.

In the times to come, large numbers of military systems and processes will be part of the IoT making them accessible from almost any location across different mediums. Digital connectivity will advance significantly led by high bandwidth and low latency, and 7G and above networks will dramatically transform the way the militaries manage information. In essence, 4IR will pervade every facet of war fighting from logistics, communication, ISR, weapons, and the warrior will benefit from these technologies.

At another level, given that nuclear weapons are catastrophic weapons, some technologies also have the potential to be put to use in nuclear weapon launch decision making process, command and control and nuclear domain management.

Many militaries across the globe are considering AI enabled combat platforms. The US military has begun to work with Big Data, AI, and ML and hopes to reap the benefits of these technologies. For instance, a Design for Maintaining Maritime Superiority 2.0 identifies five priority war-fighting issues for AI/ML. The British Royal Navy in partnership with a number of NATO navies now conducts Information Warrior series of exercises which use an AI system called STARTLE.

In the Asian continent, Japan, China and Singapore have announced investments in AI enabled military hardware. Japan has successfully intergraded 4IR ‘dual-use’ technologies such as robotics, unmanned systems and AI for naval applications. Chinese commercial enterprises are helping the military develop quantum technologies that will boost their ability to make use of AI and Big Data, as well as to develop Quantum based un-hackable communications networks. Singapore Armed Forces is currently using AI enabled tools in a number of security and defence sectors such as homeland and maritime security, vessel traffic monitoring, domain awareness by using unmanned surface, aerial and ground vehicles.

In essence a race to acquire 4IR enabled military hardware is on and this is much different from the competition for the ordnances such as missiles and precision-guided munitions guns; instead this race is about who will develop and acquire AI systems and applications as early as possible given that algorithm updates, software patches, etc. will result in continuous milestones in the AI race. The 4IR race is different from previous technological innovations and is marked by continuous breakthroughs in abilities and applications. It has been noted that in the future “megabytes may matter more than megatons.” This would necessitate investments in R&D for military related 4IR and technology companies could lead ownership of their products for which they would have to partner with the military. The corollary to this is that the government should recognize that technology companies are now the drivers of R&D and are leading technological advances. For instance, in the US, Silicon Valley, not the government is supporting the government/military.

It has been noted that with 4IR there will be two major shifts; first, “a lot of repetitive tasks at the workplace will be automated with machines and AI. When that happens, humans will do the cognitive, non-repetitive tasks. Humans have to start looking at using machines as a way to amplify their own abilities. This shift from repetitive to non-repetitive tasks is a big one.” Second, “institutions and enterprises will move from a people-only workplace to a people-plus-machine workplace…they will move to people-plus-gig-plus-machines. Machines will do the problem solving…”

Most militaries have successfully assimilated Third Industrial Revolution technologies and a few among these are on the way to harness 4IR technologies which now feature AI enabled platforms, equipment, weapons, ordnances, systems and processes.  Some of the key 4IR technologies will potentially overwhelm the way military operations will be conducted in the future.

Under the circumstances, the ‘status quo’, a visible feature of Indian government-military establishment would have to be discarded and a revolutionary thinking needs to be internalized. This would necessitate introspection both by the government and the military to be imaginative and move into the 21st century. It would require shedding bureaucratic constraints, clearer thinking by the military and support from the industry. DRDO and the industry would have to do internalize disruption and do some innovative thinking to ensure development and delivery of enablers of 4IR driven warfare. Furthermore, re-skilling of human resource and repurposing talent will be critical for maximizing 4IR technologies.