Sub Title : China has started looking at 6G as it sees it as an opportunity to transform its military operations on every level 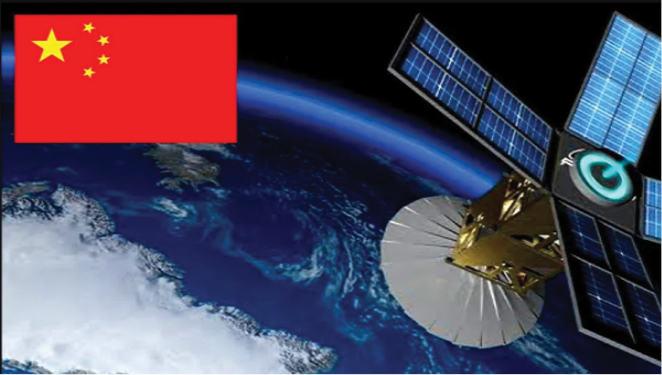 China has seriously started looking at 6G as it sees it  as an opportunity to transform its military operations on every level, from equipment and war formations to battlefield communications. American analysts warn that if  China succeeds, it will leave US behind in terms of military might and technology. There are implications for India too, we need to be alive to the challenge

China successfully put into orbit world’s first 6G or Sixth Generation wireless communications technology test satellite in November 2020 to study “6G physics in the environment of space with terahertz electronics”. This 70 kilogram satellite named Star Era-12 was launched from the Taiyuan Satellite Launch Center in Shanxi using a Long March-6 rocket. According to South China Morning Post, the satellite will be used to “build smart cities, for disaster prevention and mitigation, and for environmental protection”. 6G technology is expected to be ready by 2030 and could be first put to use for mobile telephony.

6G is a major breakthrough in the terahertz space communication segment. The download speed could be as high as one terabyte per second as compared with 600MB for 5G which is four times faster than 4G (LTE). Put simply, a “6G iPhone will download a high-definition movie in 8 seconds and 1,500 high-resolution photos in less than a minute”. Furthermore, it could offer “lossless transmission in space to achieve long-distance communications with smaller power output” and close to zero latency.

6G will support intelligent architecture comprising large-dimension and autonomous networks that integrate space, air, ground, and underwater networks to provide continuous and unlimited wireless connectivity. However, 6G involves use of new frequency ranges (100 and 500 Gigahertz that must be necessarily tested in space due to high frequency bands), innovative infrastructure, and enhanced integration of “space-air-ground-sea communication technologies” and scientists fear that 6G could impact on “public health or be too expensive for researchers to use”.

In China, the 6G technology is being developed independently by Huawei, ZTE and China Unicorn, and the Chinese government has also set up a research unit that is supported by 37 experts from universities. Research institutes and technology companies will also lend support for development of the technology. These specialists are associated with the 6G research blueprint and would offer policy advice. Apparently, China has two teams working on 6G technology since November 2019.

6G technology is still evolving and would need to overcome many technical challenges in basic research, hardware design including its environmental impact (given that 5G attracted adverse environment and human challenges) before it becomes viable for commercial use.

By all counts, China has taken lead in wireless communications technology while the US-led wireless industry is still struggling with 5G. In October 2020, several top companies and global wireless network operators announced the ‘Next G Alliance’ (NGA) which will focus on R&D, manufacturing, standardization and market readiness of both 5G and 6G. The NGA’s goal is to “advance North American mobile technology leadership in 6G and beyond over the next decade, while building on the long-term evolution of 5G.” The NGA could also boast of being entirely free of Chinese influence.

6G may be a technological marvel but it is sure to attract geopolitical undercurrents, and these could be similar to 5G led by Huawei and ZTE. Both are under scrutiny in many European countries, Australia, India and the US even today. The US even enacted the Foreign Investment Risk Review Modernization Act in August 2018 which notes that a country of “special concern that has a demonstrated or declared strategic goal of acquiring a type of critical technology or critical infrastructure that would affect United States leadership in areas related to national security.” It is fair to argue that the 6G competition has all the ingredients of geopolitics and geostrategic contestation flavoured with technological rivalries involving an “an arms-technology race” and will attract an “army of researchers on it to remain competitive”.

It has been noted that 6G will have a “major impact on military practices, such as war formation, equipment development, and battlefield communications… Promoting the gradual application of 6G in the military might be one of the major focuses for the Chinese armed forces to adapt to the new military changes in the future.” 6G will be a key enabler for any informatized military.  It would help in the development of cutting-edge AI systems that can crunch through vast amounts of data which military receives through multitude of sensors and sources for its operations. It will enable real-time analytics, provide commanders solutions or courses of action based on the influx of data the military receives, cut latency, and cull out most suitable data to enable an effective kinetic response.

A vast network of sensors, robots and autonomous vehicles would be connected through sophisticated artificial intelligence, which could be the future of faster, deadlier, and may be partial autonomous warfare. Reportedly, a robot should be able to “search for a wounded soldier left on the battlefield”.

It is a potential conduit for the PLA to leapfrog and gain ascendency over its arch rival the US military. The US Department of Defense has announced a pan-military AI Strategy which lays out the imperatives for the integration of AI across all arms of the US armed forces. It set up the Joint Artificial Intelligence Center (JAIC) to “preserve and expand military advantage”.

By 2030 the PLA would potentially be riding high on the 4IR technology (Artificial Intelligence (AI), Machine Learning (ML), Big Data, Cloud Computing, Augmented Reality, Quantum Computing, Cognitive Computing (CC) and Internet of Things (IoT)) wave and could emerge as a potent 6G-enabled force. It will be highly digitalized and intelligized and serve both as the ‘ordnance’ and tool of ‘deterrence’.

The 6G would be the core of the PLA’s strategic network consisting large number of platforms which could be floating in the space/ near space, flying in the air, on the surface and deep-diving-autonomous underwater vessels, for conducting large scale surveillance, reconnaissance and exploration. At the tactical level, 6G would facilitate real-time targeting, AI-enabled decisions by the tactical commander, and swift data exchange between the sensors and shooter.

However, PLA would experience challenges of human resources due to aging Chinese population (by 2030, China will be an aging society with the world’s highest proportion of people over 65) and slowing economic growth (average annual growth would reach 5.1% in the 2020s, then 2.9% in the 2030s) thus impacting the military. These would necessitate diverting spending from military to welfare and health care of the people.

This weakness will be offset by a ‘lightly manned’ yet ‘highly lethal force’ of unmanned-autonomous platforms. However, PLA will be confronted with “legal and ethical issues” concerning whether to give unbridled control to machines to take decisions to kill, injure, or destroy. China has not announced whether it is pursuing lethal autonomous weapon systems (LAWS), but it has certainly argued that LAWS merit the attention of the international community.

The PLA’s march towards a 4IR-enabled force would require an imaginative yet powerful Indian matrix of military industrial complex that can produce/support 4IR enabled military platforms, an innovative military strategy and a highly skilled human resource. These will be critical for delivering battle-winning advantage.

At the policy level, a modest beginning has been made after the government set up a 17-member multi-stakeholder taskforce for Strategic Implementation of Artificial Intelligence for National Security and Defence (2018) with a mandate to explore the use of AI in offensive and defensive operations concerning aviation, naval, land systems, cyber, nuclear and biological warfare arenas.

The Indian defence establishment has taken note of the ongoing proliferation of 4IR technologies among many militaries of the world. However, they will have to reassess the future requirements of conventional assets. The remedy lies in both rethinking priorities as also the design of future hardware and software focused on 4IR.

A good start point would be to study in details the Syrian battleground and more recently the Azerbaijani–Armenian clashes which exposed the vulnerability of traditional (armored, mechanized, and motorized) formations pitted against drone warfare weaponry. ‘Drone – artillery complexes’ on land and ‘transitioning from manned fleet infrastructure to a mix of both manned and unmanned platforms’ would be useful choices. It is not surprising that most of the advanced militaries are planning a mix of manned and unmanned forces with visible tilt towards unmanned platforms which would necessarily have 6G architecture at their core for battle efficiency and efficient operational and logistics management.

India’s strategic partnership with US and Japan envisages cooperation in emerging technologies and 6G technology merits joint development. In their summit meeting earlier this year, the Quad Member States agreed to “partner to address the challenges presented by new technologies and collaborate to set the norms and standards that govern the innovations of the future”. In this context, it would be prudent that India’s national and other private telecom players  explore joining the NGA and fill the gap resulting from the late introduction of 5G in India.

Finally, whoever controls the network, controls the world. In the 19th century, Britain was the leader of commercial telegraph, then in the 21st century China is the 5G King and could continue its leadership with regard to 6G while the NGA develops its own 6G.