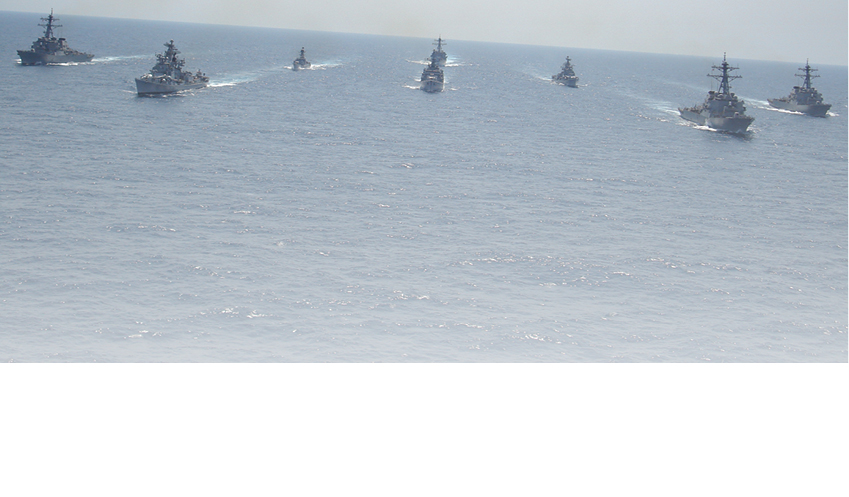 He was commissioned into the Navy in July 1980 and earned his wings as a helicopter pilot in 1982. During his long and distinguished service spanning nearly 39 years, Admiral Karambir has served in a variety of Command, Staff and Instructional appointments. He is the most senior naval aviator and first helicopter pilot of the Navy to become CNS. He went on to command many frontline Navy warships like Indian Coast Guard Ship Chandbibi, Missile Corvette INS Vijaydurg and two Guided Missile Destroyers INS Rana and INS Delhi. He held various important appointments in the Navy including Flag Officer Commanding Maharashtra & Gujarat Naval Area, Director-General of Project Seabird, Deputy Chief & Vice-Chief of Naval Staff. Prior to taking over as Chief of the Naval Staff, Admiral Karambir has been the  Flag Officer Commanding  in Chief  of  Eastern Naval Command.

An alumnus of National Defence Academy, Admiral Karambir is a graduate of the Defence Services Staff College, Wellington; College of Naval Warfare, Mumbai and has served as Directing Staff in both these institutions.

Defstrat: ‘Atmanirbharta’ has been identified as the way forward in building Defence Capability. Where do we stand as far as indigenisation in the Indian Navy is goes? What are the major challenges, How do we plan to overcome these challenges?

CNS: Indian Navy is committed to ‘Make in India’ and has been the pioneer Service in terms of indigenisation. The Navy has nurtured indigenous ship building programme since 1960, when INS Ajay, the first indigenously built ship was delivered by GRSE, Kolkata. Since then, warship building has matured in the country and the Navy has transformed from a ‘Buyers Navy’ to a ‘Builder’s Navy’, with indigenous aircraft carrier, destroyers, stealth frigates, corvettes, submarines and other minor war vessels being constructed in the country. Till date, more than 130 indigenously built ships have been commissioned. With concerted efforts, we have achieved significant indigenisation levels.

Presently, there are 43 ships and submarines on order by IN, of which 41 are being built in Indian shipyards. Over the past 10 years, a number of major systems/equipment, spares and sub-assemblies have been developed with large number of cases in various stages of execution. Notable amongst the completed projects are indigenously designed and manufactured stabiliser systems for Godavari and SNF class of ships and steering gear for Godavari class ships, Anchor Capstan for Talwar class ships and Stern Windlass for LST (M) etc. 4,700 items in inventory have been identified as import substitutes developed indigenously. At present 15 major equipment and systems are under development along with over 300 assemblies and sub-assemblies. Major projects being pursued under Revenue scheme include fin stabilisers, control system, echo sounder, pumps, communication system, thermal imaging cameras, etc.

The Navy is leveraging all possibilities for indigenisation by taking up projects under Make-II category and utilizing various schemes like Technology Development Fund and Innovation for Defence Excellence. The Navy has identified projects in all categories of float, move and fight categories for indigenisation and is engaging with MSMEs, start-ups, academia and individual innovators.

Indigenous development of high end technology, their translation into defence hardware, induction into the service and standardisation is no mean task. It goes without saying that the process will require many challenges to be overcome, at every stage by designers and manufacturers.

Naval systems are inherently technology intensive and require substantial investment of time, money and resources and extensive know-how of technology. The Indian industry, especially the private sector, therefore, needs to play bigger role in meeting the needs of the Indian Navy.

Defstrat: The Navy has a well thought out Maritime Capability Perspective Plan. Does this include a power projection capability in the Indian Ocean Region (IOR)?  Are we looking beyond conventional capabilities for effective deterrence and dominance of the IOR?

CNS: The Navy is being modernised to create capabilities for accomplishing a range of missions across the entire spectrum of future threats and challenges. Towards this, present force levels are being augmented/ modernised according to a laid down plan in an incremental manner.

India’s national and maritime interests, across wide geographical spaces, also underscore the importance of power projection on and from the seas, and for sea control capability in ‘blue waters’, to safeguard our maritime interests. The primary means for this is a potent, balanced naval fleet supported by strong, integral and shore-based, maritime air power. The Indian Navy presently has two fleets, each with multi-dimensional power projection and force protection capabilities. In accordance with our Maritime Capability Perspective Plan, development of the future naval fleets will be focused on the following force capabilities: Carrier Battle Group, Surface Action Groups, Anti-Submarine Warfare, Naval Air Power, Submarine Capability, Sea Lift and Amphibious Capability, Long Range and Precision Strike Weapons.

Strategy for Deterrence is foundational for India’s defence. Prevention of conflict and coercion is the primary purpose of India’s Armed Forces. The Indian Navy contributes to national deterrence at nuclear and conventional levels, by strengthening the credibility of its military capability, by its readiness posture, and by clear communication of intent. This is progressed through development of appropriate force structures and capabilities, conduct of threat assessment and contingency planning, maintenance of situational awareness and MDA, and maintenance of preparedness and presence. The strategy for deterrence is, therefore, supported and strengthened by the other strategies and will, in turn, reinforce them.

CNS: In order to protect and safeguard our national maritime interests in the IOR, the Indian Navy transitioned to Mission Based Deployments in 2017. These deployments enable mission-ready ships and aircraft to maintain continuous/ near continuous presence in critical shipping lanes and choke points across the Indian Ocean Region, including the Bay of Bengal. Naval ships remain deployed to meet any eventuality ranging from Humanitarian Assistance and Disaster Relief, to acts of maritime terrorism, piracy and even conflict.

These deployments have augmented our Maritime Domain Awareness and facilitated better operational interaction with our maritime neighbours. In addition, these deployments have also established IN as the First Responder and Preferred Security Partner for countries in the IOR. The Indian Navy regularly exercises with all Bay of Bengal littorals – Sri Lanka, Myanmar, Bangladesh, Thailand, Indonesia and Singapore, and our operational interactions include coordinated patrols, as also bi-lateral & tri-lateral exercises.

Defstrat: India’s significant conventional advantage forces Pakistan to use Asymmetric tools to try and balance the situation? Media reports have mentioned sea borne terror threats. What is our capability with regards to detecting and neutralising these threats, which can manifest by way of lone wolf attacks?

CNS:  Coastal security has been a focus area for us for the last decade, and large number of measures have been implemented to strengthen surveillance of our maritime boundaries. At the apex level, the National Committee on Strengthening Maritime and Coastal Security has been meeting regularly to coordinate implementation between all stakeholders of coastal security.

The Indian Navy has established a National Command, Control, Communication and Intelligence Network (NC³I), which integrates information obtained from multiple sources to form a composite maritime picture at Information Management and Analysis Centre (IMAC) at Gurugram. Our coastal surveillance radar network, including a number of radars located in our Offshore Development Areas, provide 24×7 seamless coverage of our coastal and offshore areas. This electronic net, backed by our coastal security assets, is capable of detecting and defeating any clandestine activity.

We are also steering a National Maritime Domain Awareness (NMDA) Project which aims to further integrate all maritime stakeholders, sensors, and databases on a common grid. Coastal States and Union Territories are key elements of the coastal security construct and if Exercise SEA VIGIL can be cited as an example, the maximum number of units mobilised for the exercise were from the States and Union Territories. This augurs well for overall maritime security.

Coastal communities have been integrated into the construct and maritime security agencies continue to engage with the coastal communities through interactive programmes. However, there is a need to further consolidate these efforts. Any anomaly detected by the communities, such as in our fishing harbours and fish landing centres, is reported to security agencies without delay. The transponder system for fishing boats also aims to enhance the safety of fishermen by dissemination of warnings to fishermen at sea.

Unlike land, where boundaries are clearly delineated, the situation at sea is more nebulous. National jurisdiction or territorial waters end at 12 nautical miles from the coast, while the exclusive economic zone is 200 nautical miles from the coast. This leaves a huge swath which is open to all mariners. Despite the scale of the area to be covered, the Indian Navy, in coordination with nearly 20 other government agencies, is continuously deployed to ensure security of our maritime zones.

Defstrat: The Coast Guard is engaged with monitoring and protection of our maritime rights and interests. How well are they integrated with the Indian Navy for operations. Are there any areas where there is an overlap and further refinements can be made?

In times of crisis, the Navy would plan and execute deployment for Coast Guard units and resources within the gamut of overall maritime operations. With the growth of the Coast Guard, progressively, procedures for coordination between the two agencies in various maritime tasks have evolved. Considering the unique characteristics of the maritime domain, magnitude of the tasks vis-à-vis available resources, and the evolving threats, mechanisms for synergising operations and enhancing readiness are being strengthened.