Sub Title : The need for infantry soldiers to ‘fight light’ if they are to maintain peak performance 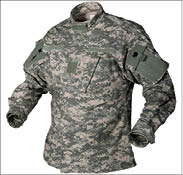 Electric Battlespace is a reality as we look ahead. The last edition of Contours dwelt upon the subject in detail. It included impact on platforms in all three domains, land, aerospace and maritime. This edition focuses specifically on the dismounted soldier, whose requirements of power will increase significantly. A few suggestions on power management are included.

Militaries worldwide recognise the need for infantry soldiers to ‘fight light’ if they are to maintain peak physical and mental performance and avoid injury. Project Hercules – a series of studies conducted by the UK’s DSTL (Defence Science Technology Laboratory) into the effect of load carriage on agility, lethality, survivability and cognitive ability – determined that equipment should not exceed 45% of bodyweight in marching order and 30% in combat. The same study noted that in Afghanistan, it was not uncommon for a US/NATO soldier to carry equipment totalling 55kg, which is closer to 70% of typical bodyweight!!

This recognition of the urgent need to reduce the physical burden comes at a time of unprecedented innovation when there are more tools available to the soldier than ever before – many of them electrically powered. Enthusiasm for adopting these emerging technologies, however advantageous each one may be in isolation, must be tempered with pragmatism about what the soldier can reasonably be expected to carry. This will come from taking a ‘whole-system view of equipment, taking into account the tactical advantage conferred by each technology, but balancing that against the tactical disadvantage created by the additional power requirement and the weight of the batteries needed to service it.

Technologies that contribute to the soldier’s situational awareness will be among the most vital. As discussed in the last edition of Contours (Electric Battlespace part1), the dispersal of enemy targets across the battlefield and particularly in the CI grid calls for the real-time provision of high-fidelity data to enable soldiers to distinguish between priority targets, and terrorists and civilians.

This data will be drawn from a number of diverse sources, including robotic and autonomous systems fitted with advanced sensors and communications equipment. The collected data will be prioritised, integrated and presented as live mission intelligence on head-up displays in visors or goggles, enabling soldiers to react instantly to changing circumstances while avoiding information overload. To achieve this, sensors, transmitters and receivers must be wirelessly networked to support coordinated engagements across disparate locations.

Soldiers must be able to retain situational awareness when satellite data is unavailable, either due to a denial attack or when operating underground or in buildings. Given the available technologies today,  it is possible to devise a system of body-worn inertial and visual navigation sensors that can track personnel in environments where GPS is unavailable, improving navigation, detecting threats, and sharing information with other (fellow) soldiers and commanders.

Body-worn or weapon-mounted gunshot pointing or localization (direction finders) systems enable combatants to protect themselves from snipers and other gunfire threats by arming them with the situational awareness needed to pinpoint the source of the gunfire and react immediately by taking cover or launching a counterattack.

All of these are crucial, lifesaving technologies – but they also come with their own power requirements, which, alongside those of other vital equipment like radios, tactical hearing protection, data terminals and night vision goggles, can quickly add up. If infantry soldiers are to reap the benefits of all these technologies at once, their power demands must be met in a smarter way.

Much of the added burden is due to each piece of  a kit having its own dedicated power source. This is compounded by the fact that not all are interchangeable, requiring infantry to carry spares of several different types of battery. It may not be practical to consolidate these batteries into a single centralised power source, as damage to the central source could cause all electrified equipment carried by the soldier to fail. It would also require a helmet and weapon-mounted systems to be tethered to the body, restricting movement and making the broken kit harder to discard quickly. The solution lies in multiple, mutually compatible batteries and fuel cells, integrated into clothing and distributed across the body. In the event of a power source failure, the affected equipment can be connected to a different body-worn source via breakaway connectors that allow damaged equipment to be dumped in an emergency.

Further to introducing a common power source for each soldier, all power sources should also be made compatible with one another. Fully open architecture would enable individuals to ‘donate’ power to each other in the field, and recharge by plugging universal cables into power banks on platforms, equipment and in operating bases. Combined with a means of monitoring the power usage of the whole unit as a system, energy can be redirected to where it is needed, reducing wastage and removing the physical burden of excess spares.

MoDs across the globe are beginning to acknowledge the importance of open architecture in BMS or soldier management systems being innovated in their respective armies. For example, the Australian Department of Defence, through its Diggerworks initiative, and the UK Ministry of Defence, via its Morpheus programme, have both made strides toward what they term ‘generic soldier architecture’ – the latter having introduced a formal defence standard (DEF STAN 23-012) to this effect.

Defence OEMs too are starting to think about how to tackle these problems. BAE Systems’ Broadsword Spine wearable technology uses conductive fabrics instead of wires and cables to move power and data around the body. Electronic devices can be plugged into the body-worn power source, resulting in a 40% weight saving. However, for this type of technology to become accepted requires the defence sector OEMs to be supportive towards each other.  Procurement of a system usually includes through life support when it comes to battery packs of power sources. Invariably it will not cater for innovations and technology advancements in future. A long term contract therefore can jeopardise innovations, as once the prime is under contract it has little incentive to upgrade the power supply, and the buyer is not permitted to procure newer, better solutions from other manufacturers. Another company may produce a battery that is lighter and longer lasting than those used in the contracted systems – but, use of such third-party batteries would void the manufacturer’s warranty. Therefore, Open architecture can only be fully exploited if it is supported by open, competitive procurement frameworks that prioritise operational performance over long-term supply.

►  Batteries or fuel cells with greater power density, to provide more power without increasing the physical burden on the individual,

►  Integrated and ergonomic body-worn power systems that can draw power from multiple sources and supply it to any piece of equipment necessary, based on modular architecture so the kit can be removed easily in an emergency,

►  Situational awareness provided by remote smart sensors, such as those mounted on unmanned platforms, which process data at the delivery end to reduce the computing power needed at the receiving end,

►  Where practical, resupply using unmanned or autonomous systems to further reduce the burden on the soldier.