Sub Title : Electric power is the fundamental enabler for all future warfare 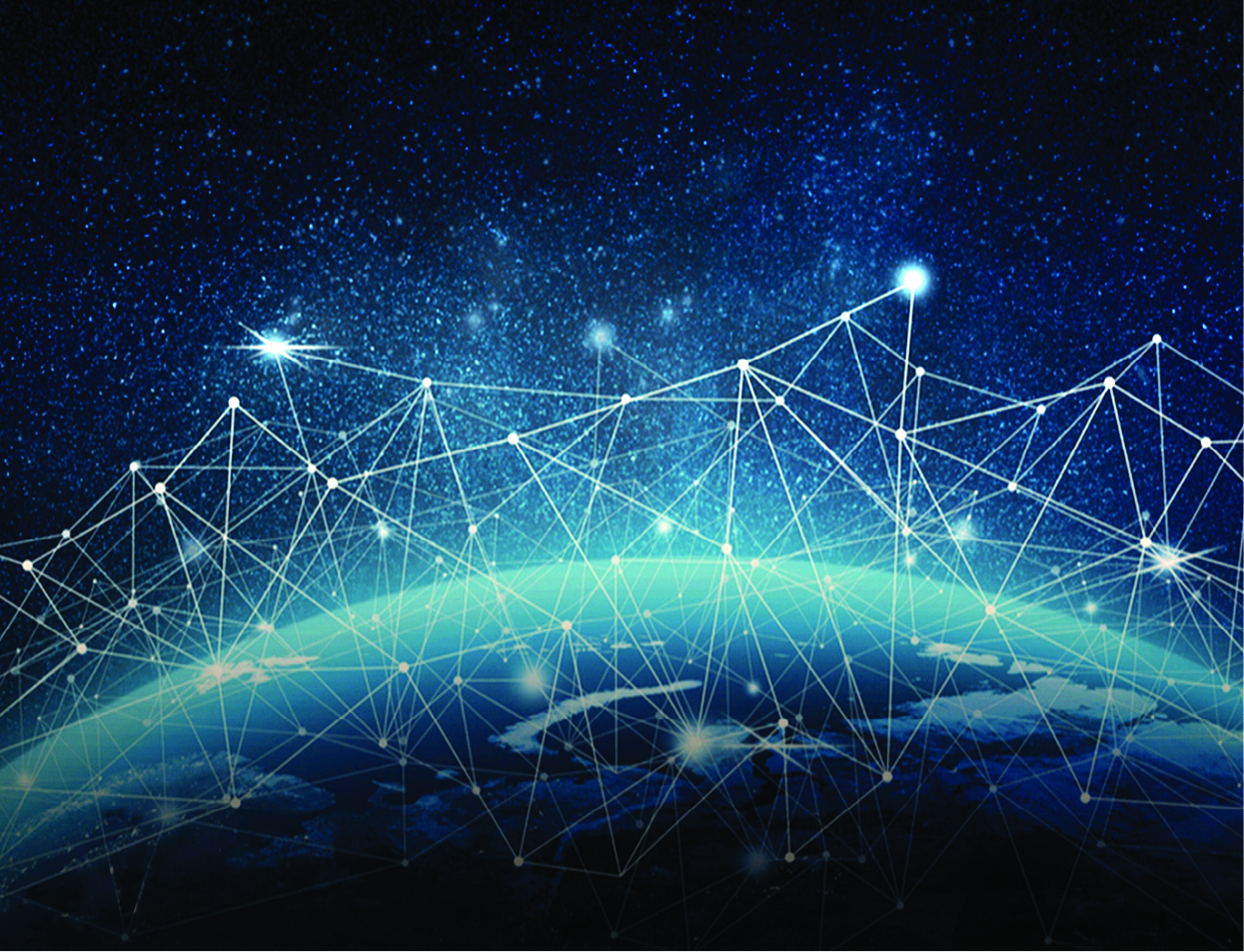 Electric power is the fundamental enabler for all future warfare

Electrically powered technologies promise to transform the way in which wars are fought. But will this electrical revolution be sabotaged by underdeveloped battlefield power infrastructure?

Necessity has ushered in a new era of innovation. Countermeasures, platforms and situational awareness tools are evolving at an astounding pace in response to changing threats and tactics. Directed energy weapons will soon knock out enemy communications or neutralise swarms of low-value targets at very low cost. Unmanned systems will resupply troops and deliver humanitarian aid, minimising human exposure to dangers. Networks of smart sensors will collect and prioritise data to provide a wide-ranging situational awareness picture, without causing cognitive overload. All of these revolutionary technologies rely on electrical energy, so can only be as effective as their power sources allow.

Electrical technologies are also being shoehorned into a pre-existing infrastructure that was intended to support mechanical equipment. How do we deploy electrical weapons, platforms, or intelligence tools in a world powered by petrol and diesel?  The evolution of military capability from mechanical to electrical will only fulfil its enormous potential if the underlying power infrastructure evolves in tandem. This edition of ‘Contours’ explores the factors, challenges of deployment and resourcing growing demands of electrical power.

High Cost and Fossil fuel Supply Chain. Fuel consumption in the US Army increased from an average of one gallon per soldier per day during World War II, to 20 gallons during Operation Enduring Freedom.  Supplying fossil fuels around conflict zones presents huge logistical challenges. Fuel supply convoys are also slow-moving and conspicuous, making them easy, high-value targets for the enemy.

Transporting FOL is highly uneconomical. As per field data, for every gallon of generator fuel used during the Afghanistan conflict, seven gallons were used in transporting it there!

Lastly, competition for oil is itself a source of conflict!!

Rapidly Evolving Technologies and Tactics. The ability to operate at stand-off distances will be critical in overcoming a number of obstacles. There’s a spurt in reliance on long-range intelligence, surveillance, target acquisition and reconnaissance (ISTAR) capability to counter the threat from disruptive technologies. New high-precision aerial and ground-to-ground weapons will necessitate ‘Active Protection Systems’ to protect platforms and bases all of which will generate a huge demand for electric power.

Sustainability and Environment. The defence sector is likely to be among the first to see the impact of climate as troops are deployed to manage conflict and deliver humanitarian aid. And here lies a dilemma: militaries are highly reliant on fossil fuel, and as a nation’s military spending increases, so does its carbon output. Therefore, as long as the defence sector remains a major source of CO2 emissions, it contributes to the very problem it may be charged with solving.

Securing Advantage through Technological Superiority.  Gen Bipin Rawat, India’s CDS, often terms technology as the next pillar of national power. Having a large army and powerful weapons cannot guarantee victory. Future advantage will belong to the side that is proficient at exploiting technology to develop novel capabilities.  Faced with multiple, complex, ever-changing threats – from hypersonic missiles to quadcopters loaded with explosives, militaries will need to respond by becoming smarter, more agile, harder to detect, harder to hit, and more effective over greater distances.  All of this will rely on high-fidelity intelligence, low signatures (visual, acoustic, thermal), and high technology, all of it powered by electricity.

In the mechanised battlespace which has been the norm for the last century, the introduction of a new piece of mechanical equipment has always been supported by well-established procedures and infrastructure. Supply chains have evolved in tandem with the development of equipment to cater for the delivery of fuel and ammunition.

The challenge in deploying electrified technologies in battle is that a comparable infrastructure does not yet exist. A new piece of electrical equipment, such as a directed energy system or electrically-driven autonomous platform, may not be able to simply plug into an existing grid.

Next, systems such as computers, radios and sensors are supplied with their own individual power sources. The outcome of this is a rampant multiplication of batteries and generators, each devoted to powering a single piece of equipment. Such unconstrained proliferation of diverse and incompatible power sources is costly and creates significant logistical challenges.

From the smallest drone to the largest aircraft carrier, the space available for power sources on board platforms is generally very limited. Introducing more batteries or generators to a platform adds weight, reducing mobility and range. The challenge, therefore, is to increase energy provision while maintaining or reducing the volume and mass of the power sources.

The numerous electrified technologies available to land platforms create a power requirement that far exceeds what can be resourced. Platform designers face a choice: continue to use existing power sources and employ new technologies selectively; or upgrade the power source for the introduction of multiple electrical systems.

A hybrid electric powertrain on a heavy armoured vehicle can make the difference between a few kilowatts of available power to hundreds of KW. This will be the key to accommodating a wide range of capability-enhancing, power-hungry systems, such as Active Protection, Directed Energy Weapons and sensor suites.

Platform integrators must consider the introduction of hybrid electric propulsion for future fighting vehicles. Currently the market is investing massive sums in the development of parallel technologies for electric and autonomous vehicles. Therefore, DPSUs and original equipment manufacturers (OEMs) should be drawing on civil investment and looking to militarise it, rather than developing it in isolation.

Using electric drive systems in ships offers the same design flexibility that it does in land vehicles and can also make the ship far more manoeuvrable. Electric propulsion is fast becoming a common feature of modern naval vessels. The Royal Navy uses it for its Queen Elizabeth Aircraft Carrier and Type 45 frigates.

The performance of a large naval platform is less affected by small weight increases than an aircraft or armoured land vehicle. However, space is limited and the types of equipment a large ship may be required to support, such as a directed energy weapon or EMALS (electromagnetic aircraft launch system), have high power demands.

The US Navy’s Gerald R Ford-class aircraft carrier has produced huge leaps forward in power provision for large ships. Its reactors generate 25% more power than those on the Nimitz-class carrier, while reliance on steam and associated infrastructure is significantly reduced to save space and weight. Its EMALS is claimed to save 30% of the interior hull volume, while its power storage and delivery system is capable of supporting DE weapons and even electromagnetic rail guns. Overall power availability on the carrier is twice that which is required by existing systems, leaving plenty of headroom for future technologies.

The electrical energy requirement on manned aircraft is steadily growing with the addition of advanced situational awareness technologies, flight control systems and the necessary increase in computing power. The addition or redistribution of weight on board a fighter aircraft can have a significant effect on handing and performance, so opportunities to introduce extra power sources are limited.

The gyroscopic forces produced by flywheel systems make them impractical for aviation. Non-mechanical systems such as supercapacitors are air-transportable and exhibit higher power density than batteries and may be valuable for short bursts of power, but may not contain as much energy. To increase the energy available to aerial platforms, specialised solutions may be required, such as load-bearing or flexible batteries that form part of the structure of the aircraft.

Smaller, lighter batteries with higher energy density will be vital in increasing flight times and supporting additional sensing capability. Deployable remote charging points away from operating bases that will allow unmanned air systems (UAS) to ‘leapfrog’ between them and travel over greater distances.

As wireless power transfer technology improves, it will be possible to beam power from a directed energy system on the ground or water, enabling UAS to be charged in the air and avoiding the risks and disruption to operations caused by landing.

The power resource on board an armoured fighting vehicle is already under enormous pressure from its command and control systems, situational awareness equipment and the data connections required to support them.  The demand for electricity is now pushing the limit of what is available on a conventional platform, and this trend will continue upward as new innovations are added incrementally.

Forced to hedge against multiple unpredictable threats, Active protection systems (APS), which sense and defeat incoming threats, are currently being explored as a way of reducing reliance on armour, but the ISTAR capability needed to locate, prioritise and defeat threats produces an additional power demand. If an extra auxiliary power source is used, it creates a physical burden on the platform.

The mechanical vehicles that have served armies for the last century were simply not conceived with today’s electrically powered technologies in mind. If our AFVs are to continue exercising their operational advantage by retaining their mobility, survivability and lethality, it is time to rethink their fundamental design principles.

Advances in hybrid electric drive systems specifically for military vehicles mean there is now a credible alternative to conventional mechanical designs, enabling technological advantage through increased design freedom and on- board power.

Opportunities to introduce more power to conventional vehicles are limited by the configuration of the internal combustion engine and driveline components. The driveshaft must run unimpeded along the length of the vehicle’s underside, constraining the hull geometry and underbelly protection. A detonation beneath a vehicle can turn its transmission components into projectiles, blasting them through the floor and making them lethal to the occupants.

♦   In a hybrid electric vehicle, electric motors contained within the wheels – or transmission in the case of a tracked vehicle – draw power via cables from a battery or generator, which can be placed almost anywhere in the platform. This design freedom, along with the weight reduction, enables hull geometry to be improved to increase blast resistance, make more effective use of passive armour, and locate personnel in safer parts of the vehicle, improving survivability.

♦   Electric drive systems offer enhanced mobility by producing greater torque and faster acceleration. In-wheel motors can be controlled individually, increasing traction and agility, and can be mounted to long-arm independent suspension systems, giving them the ability to operate across challenging terrain.

♦   Finally, an electric drive system increases the vehicle’s lethality by giving it the ability to conduct extended periods of silent watch and silent running. It minimises the vehicle’s acoustic and thermal signatures without switching on the loud, hot diesel engine.

To be continued in Part II..