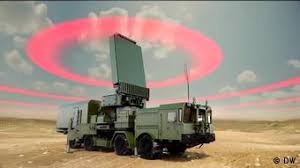 Even as this edition of Contours was meant to discuss unconventional, asymmetric (Fourth Gen) warfare and technology, feedback and suggestions from our readers have compelled us to take up the 6th Gen warfare instead. Thus, the change in our planned series. We are of course grateful to the readers for their participation and immensely educative comments and suggestions.

It is a well-established fact that future wars will be fought in a technology intensive environment. Biggest difference will be made by innovations in CEMA which has enabled reliable, multimode communications and battlefield transparency. Disruptive technologies will create an asymmetry in the weapons grid in by bringing down fire from unexpected direction and time.

As we look into the future,  the tactical battlefield will not be restricted to a duel between two opposing land forces left to fight after the battle field has been shaped. Set piece battles involving a detailed attack plan in successive phases on an objective with a well laid out defensive network will be few and far between. Instead we can imagine a mobile defence versus an offensive manoeuvre. Encounters between fleeting forces will increase in numbers and success will be defined by annihilation of enemy forces during these encounters, in a war of attrition. An integrated networked battlefield instead calls for an intense involvement of all fighting elements providing synergy to each other in order to get the better of the enemy’s forces.

Virtual reality, Simulation and Artificial Intelligence will play a dominant role in strategising for war and assist in tactical decision during the conduct of operations.

For ease of understanding, this battlefield can be divided into the following layers: –

Electromagnetic spectrum will be the common denominator and link the various layers.

These grids will assist in layout of mobile defences pivoted on fixed ones, thus providing the basis for mobile manoeuvre warfare. Fleeting encounters with high technology weapons and munitions will become more common place than deliberate phased operations which are currently the norm. Pre-emptive strikes will disrupt the plan and preparatory phases of current warfare will become the first target. For example, a defender would rather acquire and disrupt the attacking force in its assembly areas, rather than wait for it to strike. Early acquisition thorough multiple surveillance sensors and availability of precise and loitering weapon systems enable this capability.

Stealth munitions, Loitering weapon systems, unmanned ground and aerial platforms and various types of missiles will be the biggest disruptors in the tactical battlefield.

It is the very first and perhaps the most important cog in the wheel. Constant information about the enemy and own dispositions can make all the difference in battle. Technology has moved fast in the past couple of decades to ensure 24X 7 feed into enemy activities. Night fighting capability is no longer an asset or a force multiplier – it’s a given imperative. Similarly, visual deception is not enough to deceive the enemy. Surveillance, deep inside enemy’s territory enables the adversary to make an accurate assessment of the opponents’ intentions and design of battle. AI will manage to even predict adversary’s plan in some cases.

With the current technological capabilities and trends, the surveillance grid will be extensive, starting with satellite feeds, UAVs and surveillance aircraft with radars and sensors, and land based platforms (radars, acoustic sensors, optoelectronics), all feeding information into one common grid. AI and quantum computing will help in synthesizing the information quickly.

Transparency in battle thus would acquire a new definition, with the only questions related to the enemy commanders’ response, reaction and intention remaining unanswered. Commanders’ appreciation and intuition, backed up by AI and vastly improved computing ability will help discern enemy’s intended plan, in a fast-moving battle scenario.

‘Need to know’ filters will have to be employed to prevent information overload.

Surprise and deception will be hard to achieve. It will be a no brainer to identify the difference between the traditional ‘main’, ‘subsidiary’ and ‘feint’ thrust lines.

Similarly, deception in defence will be hard to achieve with all the defences and obstacles visible to the attacker well before commencement of attack.

Innovative solutions like defensive tunnels with signature management would have to be devised.

Transparency in battlefield will lead to lack of surprise and deception. A plausible spin off would be that it will mandate quick manoeuvres, responses and actions to ensure dominance over the adversary. ‘Seizing the Initiative’, a surviving battle winning factor through the ages, will depend upon how quickly one side can overpower the other in a given tactical situation.

Arrival of 5G on the technology scene and the promise to continue with this forward march has revolutionised passage of information and resultant transparency in battle. Coupled with Artificial Intelligence, 5G and its evolved forms will significantly shorten the OODA Loop. AI may even be used to predict adversary’s intentions and op plans with reasonable accuracy.

Fluid situations demand quick decisions. For all this to happen, militaries will need a fail-safe ‘Command & Control System’ with built in redundancies. This is an essential grid that will dictate the pace and conduct of battle.

Command & Control grid, therefore, will orchestrate the battle by: –

  Constant monitoring of enemy and own dispositions and intentions. Attempts will be made to hack into networks and systems at all levels to discern adversary’s plan. Mobilisation of formations will be monitored closely through electronic means.

  Appreciation of the evolving situation at regular intervals. Movement of battle echelons will give away the intention. Own plans will have to be flexible to maintain surprise.

  Order grouping and regrouping as per the evolving scenario. Fixed groupings may not be suitable for future wars.

  Review and put into effect own plans as per evolving situation.

Artificial Intelligence will assume an increasingly significant role in information analysis and decision making. Decision making at the tactical level will be influenced by AI.

A commander in battle is as good as his communications. Surveillance and Command & Control are rendered useless if communications let them down. The good news, however, is that digital technologies have thrown up a number of options for robust communications. Data speed has increased exponentially, SDRs are a reality, and 5G is soon to enter the military domain. Communications are backed up by satellites to ensure redundancy and provide access in remote areas. The only constraint may be spectrum availability, but that is a manageable issue as of now.

Communications will keep all elements of war connected to each other and passage of messages will be high order, including visuals and live streaming.

The latter will bring about a massive change as commanders at the tactical and strategic levels will obtain instant and high fidelity account of events at various locations, phases and time.

Space and time will get telescoped.

In an integrated networked battlefield one can plan to have multiple means of clear, instant communications. Threat of CEMA from the adversary becomes real, even as it is a multiplier for own forces!

Weapons grid is the cutting edge at the end of it all.

But why a weapons grid?

Most of the advanced militaries in the world are at present largely following the combined arms concept.  Air- land battles concept was adequately demonstrated by the US Army in wars against Iraq and in Afghanistan. But the world has moved on ever since. We are now into 5th Gen Warfare and moving swiftly into the 6th Gen with disruptive technologies and CEMA playing a dominant role.

‘Combined Arms Concept’ involved mission based grouping during different phases of battle. Within the group firepower of various weapons was utilised to achieve the desired effect in battle. Thus, multiple weapons were intended to be used depending upon the situation that the team came across.

‘Weapons Grid’ however offers the flexibility of utilising the best suited weapon system present within the grid for a given target. The target may be acquired by one, but neutralised by another, simply because the latter is better placed geographically or technologically or both. AI and quantum computing can easily do the job, without burdening a tactical commander, even though he may hold the overriding control.

  EM spectrum and CEMA will play a crucial role throughout the conduct of war, mobilisation onwards

Info wars will affect conduct of kinetic actions as well as non-kinetic operations.

AWACS on Ground. This brings to focus an important variant of the battle tank, purely from the point of view of communications and sensors. Let us call it Ground based Early Warning & Control System (GWACS). Forming an essential part of a battle group, GWACS will be the eyes and ears of the tactical commander. It will operate as the focal point of the Surveillance, Communications and Weapons grid. Technologies on board this vehicle can be in tune with the various grids that it supports and controls.

It was WW II that saw employment of tanks in large numbers, effect deep manoeuvres, outflank the enemy and turn enemy defences to arrive at quick and decisive outcomes of war. These manoeuvres were supported by air and artillery power to deliver decisive blows to the adversary. Blitzkrieg by German Panzer Divisions resulted in subduing most of Europe in very little time. Riposte by the Allied armies, later in the War was not much different.

Post WW II, NATO and WARSAW pact countries built huge armies ranged against each other with sophisticated tanks, APCs and IFVs (Infantry Fighting Vehicles). IFVs later assumed the form of ICVs. The concepts were modified to use manoeuver by armoured and mechanised columns deep inside the enemy territory and lure his reserves into battle at a time and place of own choosing. One form of this concept (particularly in the subcontinent) was popularly known as ‘Establishing Pivots of Manoeuver’, which contained a firm base with awesome firepower established as the anvil, and a hammer consisting of tank columns waiting in the flanks to draw, direct and destroy the enemy. Combined arms concept was firmly in place.

Air Land battles, a form of Joint Operations was put forward and practised by the US Army, calling for synergy amongst the land, air and maritime forces to annihilate the enemy in a combined action.

Most of our battle drills and teachings are based on these concepts, except for mountains and jungles where operations assume a different form owing to peculiarities of the terrain. Jointness, where possible, remains the buzzword there as well.

Arrival of disruptive technologies aided by IoT and evolving speed of communications has however, brought in changes which will impact future operations in a drastic manner.

Large forces and manoeuvres will not go unnoticed. Interference will come in many forms travelling through traditional as well as new mediums including EW Spectrum and Space.

Pivots of manoeuver inside enemy territory thus may not be a viable operational manoeuvre. Outflanking manoeuvers, bypassing the enemy equipped with similar capabilities will be hard to achieve. Instead such moves may become a trap as surprise is lost.

A fresh approach to ascertain requirements of future platforms is called for. An agile tank with SMART munitions and high probability of survival, an IFV to move the infantry safely through a dense weapons grid and tubeless Artillery with guided munitions stand out readily.

Tanks and their supporting elements therefore will have to operate in smaller combat groups, with integral capabilities against CEMA, CE and KE munitions and the various disruptive technologies thrown at them.

Tactical Grids, established within the Integrated battlefield, will however permit manoeuvre.

Limited, coordinated manoeuvers, within an environment and theatre, where air and EW superiority has been achieved, may become the norm.