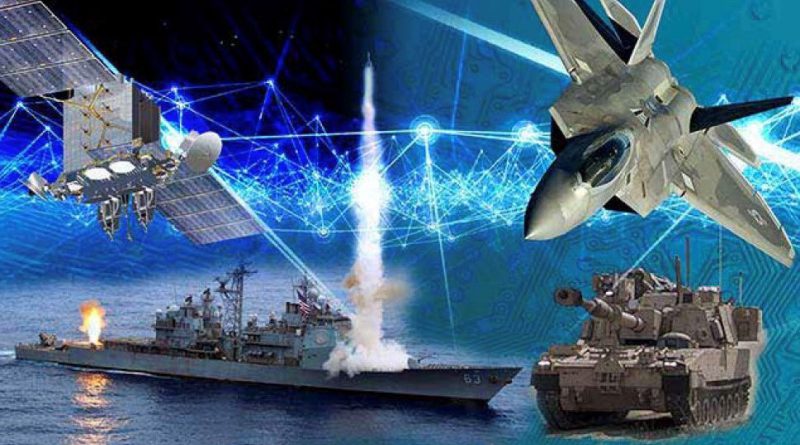 With new technologies emerging there has been a tectonic shift in the nature of warfare bringing about a revolution in military affairs. There is thus a need to harmonise our capability development with concepts operations at the tactical and strategic levels

The best victory is when the opponent surrenders of its own accord before there are any actual hostilities….it is best to win without fighting.”

“All warfare is based on deception. Hence, when we are able to attack, we must seem unable; when using our forces, we must appear inactive; when we are near, we must make the enemy believe that we are far away; when far away, we must make him believe we are near.” – Sun Tzu’s ‘The Art of War’

ifth Generation Warfare or non-contact warfare refers to Sun Tzu’s first statement above, while the second one more in line with what we feel should be the contours of the Sixth Generation of Warfare.

Standoff weapon systems, autonomous in nature, attacking the enemy from skies, seas and on the ground with less direct involvement of soldiers and platforms, would be the norm in Non-Contact Warfare. Extensive use of technologies to include quantum computing, cyber and AI will facilitate this form of warfare. Technological innovations brought about by digitisation have networked people and institutions and exposed them and governance structures to threats emanating from NCW.

It will also lead the practitioners to the next stage of warfare (Sixth Generation) through deception and assuming control of the enemy’s decision making matrix by infiltrating his OODA loop.

“Non-contact warfare will help us in gaining advantage over the adversary in future. Therefore, it is important to understand the context in which we need to move forward in this direction,” General Bipin Rawat, CDS India.

Non-contact warfare, or the New Age Warfare, as we referred to it in our cover story in September 2019, aims at breaking the enemy’s will to fight and capitulate even before the start of contact battle. Unlike the earlier popular concept that Electronic Warfare would be an irritant in the initial stages of war, non-contact warfare in all its manifestations will continue as an integral component of operations and play a major part in deciding the outcome.

As technology combined with multiple socioeconomic and geopolitical factors ushers in the change and brings to life Sun Tzu’s prophesies in the modern era, contours of Contact Warfare are also set to change. It is primarily on account of technologies that are responsible for facilitating Fifth and Sixth Generation warfare. Standoff weapons and autonomous platforms are only a part of the revolution in military affairs. Transparency in the battlefield, increased precision, miniaturisation and speed of computing have vastly changed the dynamics of warfighting. In the 21st century, it is technology which is driving the change. Tactical concepts, battlefield drills and organizational changes and battle groupings have to maintain the change pace to avoid a mismatch. Added domains, namely Cyber and Space have already cast their shadow on hitherto traditional battle spaces on land, seas and air.

As much is being discussed and spoken about NCW and consequent Information Warfare, EM Spectrum and CEMA, what are the ramifications on Contact Warfare ? The answer is – substantial. In many ways, militaries across the world have graduated from the lessons of WWII and Cold War; a close examination of acquisition plans and doctrinal changes would reveal that military capabilities are being built around the lessons from the Gulf Wars. This is particularly true for South Asia and SE Asia. But in the last 02 decades alone, the technologies have made a quantum jump, wherein a handheld mobile phone carries a computer faster and bigger than many of the military grade computers at the turn of the century. Connectivity is literally galloping past the traditional methods and the battlefield is visible 24X7, across the globe, at will.

What then are the issues that lie before us in the domain of Contact Warfare – let us examine, analyse and find the way forward.

–  Exposure of fixed and slow moving assets to attacks from standoff precision weapons and munitions. Applicable to all assets on land and seas, vulnerability of high value assets is an area of major concern.

–  Manned Unmanned integration. Advent and proliferation of unmanned aerial platforms raises the question of manned assets, their integration with unmanned and an ideal ratio between the two.

–  Autonomous, precision guided weapon systems on land and seas (on and beneath the surface), countering the threat they pose and their integration with current tactical plans.

– Movement of a large scale force will be visible. Mechanised forces in particular, will be constantly on the enemy’s radar. They will have to be highly mobile, increasingly light footed and concentrate only and only at the times of decision at various stages of battle.

–  Protection and survivability in battle assume a different connotation. Immediate personal protection will always be needed, but that alone cannot guarantee survival. Protected mobility is needed for all assets in  battle.

–  Firepower, an integral part of Kinetic warfare, is no longer about the symbolic 100-gun concept. Lethal, precise and effective fire is the need. We need to evaluate the ideal mix of conventional with precision munitions. Post-Strike Damage Assessment is an essential element.

–  Organisation of units and formations needs to be reassessed for their suitability for current and future ops.

–  Change in tactics and battle drills to ensure smaller, agile teams which remain connected but physically apart, only to group and regroup as per tactical requirements.

–  Training methodologies need to be refined to keep in sync with rapidly changing technology and skill levels continually honed. There is a requirement of revisiting intake threshold levels.