Sub Title : What actually needs to be done to attain ‘Atmanirbharta’ in Defence 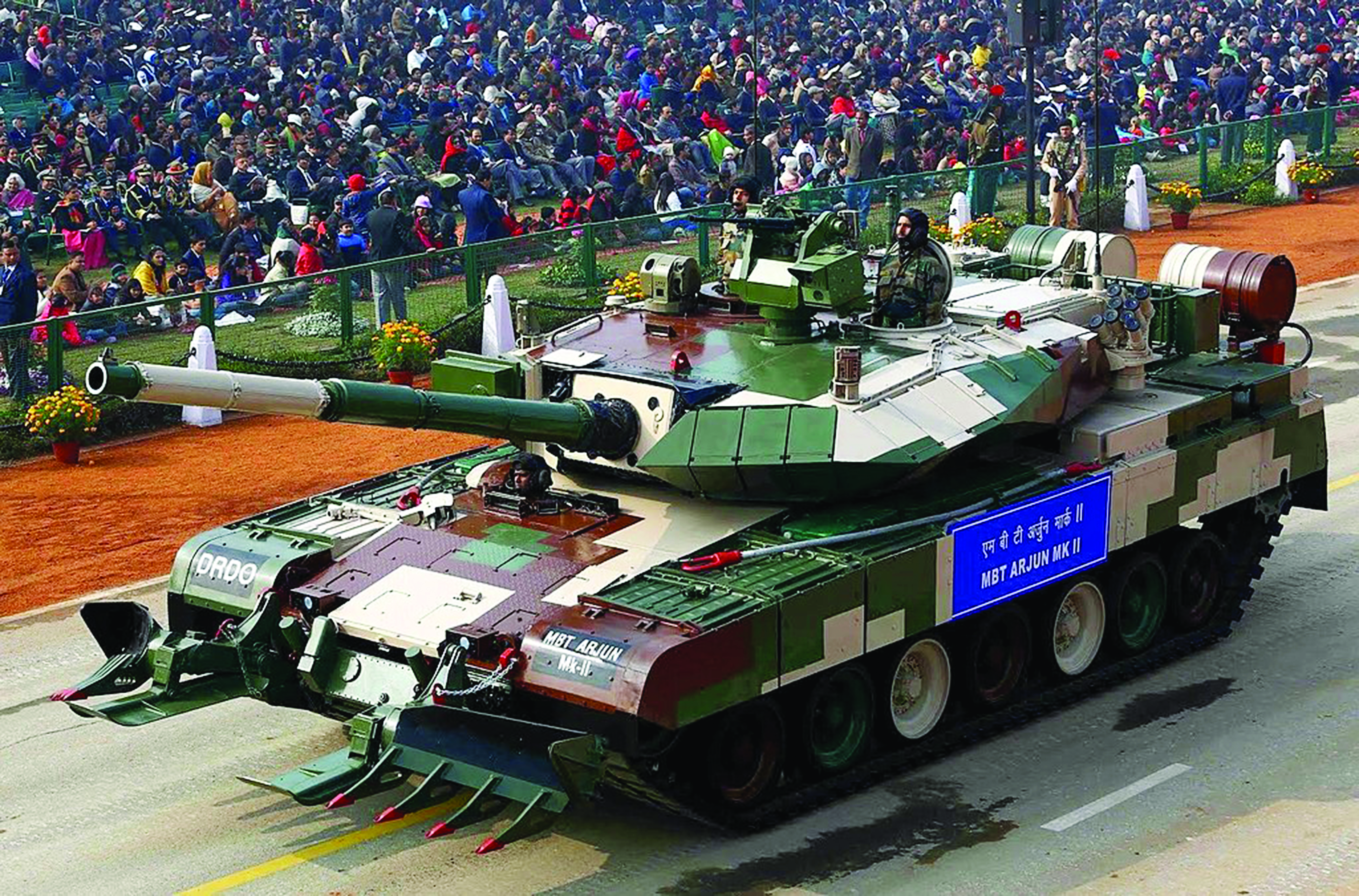 The Government has been making continuous efforts to enhance self-reliance in defence equipment. However, there are gaps in the processes designed to achieve this end. An articulation about what actually needs to be done to attain ‘Atmanirbharta’ in Defence

Only 50% of the total defence contracts by value are being given under ‘Buy Global’ category and the rest of the contracts are awarded under categories which are supposed to have an indigenised content of a minimum 40%. However, the National leadership is still sceptical about the capabilities of the Indian Defence Industry. Thus, every year the Government brings in reforms to enhance the Indian industry’s participation in National Security Building – the latest being ‘Atmanirbhar Bharat Mission’.

The confidence level of the Government is low in private defence manufacturing – evident from the fact that value-wise 80-90% of the contracts go to DPSUs and the Indian industry is yet to showcase a weapon platform that has an edge over similar products designed, developed and manufactured by major players abroad. If we introspect and ask a question, “If countries abroad cease supply of raw material/components to the DEFENCE MANUFACTURING: JOURNEY TOWARDS ‘ATMANIRBHAR BHARAT’ Air Marshal (Dr) Rajeev Sachdeva AVSM, PhD (Retd) Indian Defence Industry, then will there be any military equipment with the Indian Armed Forces which would ‘survive’ as self-reliant?” In other words, do we have any equipment in service which is 100% Indian Designed, Developed and Manufactured? (systems with only 40% of indigenous content are labelled as IDDM). We all know the answer is a big NO. ‘Atmanirbhar Bharat’ is another step, after ‘Make in India’, towards converting the above answer from a NO to a YES.

History of Defence Industrial Base (DIB)

India is one of the few countries to have designed and produced a fourth-plus generation fighter aircraft, nuclear submarine, successful SAM system, MBT, an ICBM and an indigenised Ballistic Missile Defence System. Despite a display of such high-end capabilities, over 50% of the Defence acquisition budget goes directly towards imports. Out of the other 50% which goes to Indian vendors, 60% goes indirectly to international players because of imported components integrated into the weapon system, Thus, a total of 70-80% of the Indian Defence acquisition budget goes directly plus indirectly to international players.

The Defence Industry of India comprises:-

♦ 09 Defence PSUs, directly under the MoD,

♦ More than 150 private players and

Design, development, manufacturing, supply chain, life cycle support, upgrades and sustenance are the responsibility of the DIB of the country. However, despite having such a vast industrial base, India is one of the biggest arms importers in the world.

In 1948, India inherited 18 Ordnance Factories (which had their own R&D facilities) and in 1954, the Hindustan Aircraft Factory was set up at Bangalore with French assistance. An independent Defence Research & Development Organisation (DRDO) was formed in 1958. The Indian government also acquired two shipyards – Mazgaon Docks Ltd and Garden Reach Shipyard.

Defence R&D budget rose from a 1% share in Defence Expenditure in the 1960s (with a Defence budget of $0.68 B) to 5% in 1994 and peaked to 7% in 2001 and has never dipped below that (even with the Defence budget of $65.86 B). The private industry is yet to reap the benefits of the R&D investments of the Government of India in spite of a significant portion of the defence budget being apportioned for defence R&D. The budget is meant only for the public sector.

Perceptions of the Existing DIB

It’ll be prudent to enumerate the fault lines of the existing system so that solutions can be found to improve the system and achieve ‘Atmanirbharta’ in its true sense. It remains to be seen whether the DAP-2020 will eliminate the following perceptions about the ecosystem existing in the private industry:-

♦ Hinders growth of the private industry in defence sector.

♦ Provision of the nomination of DPSU shipyards.

♦ Denial of opportunity to private shipyards.

♦ Distortion of competition in other defence shipbuilding projects.

♦ DPSUs / OFs are still permitted to participate in Make-I and SP procedures, which were designed originally to build capacity and capability of the private sector.

♦ A large list of products and technologies have been included and made the exclusive preserve of DRDO / DPSUs / OFB. This is against the intent of developing a vibrant defence industrial base.

The DAP-2020 gives thirteen acquisition categories, with four categories of indigenous content (IC) viz 30%, 40%, 50% and 60% respectively. The previously stipulated categories of 40% and 60% have neither been achieved nor does the eco-system have a viable methodology to ascertain it. This procedure has been ‘too over supervised from the IC point of view in that it has been a failure to ensure the right kind of technology transfer to Indian industry.

Make in India initiative was launched on 25 September 2014 with three major objectives:-

o To create 100 million additional manufacturing jobs in the economy by 2022; and

o To ensure that the manufacturing sector’s contribution to GDP is increased to 25% by 2022 (later revised to 2025).

The policy approach was to create a conducive environment for investment, develop modern and efficient infrastructure, and open up new sectors for foreign capital. The initiative targeted 25 economic sectors for job creation and skill enhancement and aimed ‘to transform India into a Global Design and Manufacturing Hub’. A procedure to simplify the categorisation process and align it with the ‘Make in India’ of the Government is given in the subsequent paragraphs.

Keeping in line with the National vision of ‘Make in India’ and to the cater for the ‘Military Capability Voids’, the source of Capital Acquisition could be broadly classified as just:-

Indian. For a product to classify as Indian and fulfil the ‘Make in India’ vision, the vendor and his weapon system should provide either or all of the following:-

♦ Production Line set up in India.

♦ Technology is owned by an Indian firm.

♦ Jobs are created for Indians.

♦ Taxes are paid to the Indian Govt.

♦ Supply chain management is set up in India.

♦ Comes to the market as an ‘Indian Brand’.

Priority of procurement from the ‘Indian’ classification could be:-

♦ Priority – I: Designed, Developed and Manufactured in India; or

♦ Priority – II: Developed and Manufactured in India; or

♦ Priority – III: Acquired and Manufactured in India; or

♦ Priority – IV: Partnered with a foreign vendor but Manufactured in India.

All the above, under the category ‘India’, will satisfy the National vision of ‘Make in India’ and should be analysed and certified by the Department of Defence Production. A vendor database categorising all Indian vendors needs to be captured by the department and hosted on an e-portal. The Department should set up guidelines for the industry to ensure the capabilities specified above and screen them to qualify under the categories of ‘Indian’ before being put on the e-portal.

Not-Indian. Equipment which doesn’t fulfil the National vision of ‘Make in India’ should be classified as ‘Not-Indian’, when neither does the technology come to India nor is the manufacturing line is set up in India:-

o A temporary manufacturing line in India to deliver a capability or,

o An outright import from a foreign vendor.

The time has come to pragmatically address the adverse perceptions that the Indian Private Industry has and give them confidence and include them in Nation Building. The Government-funded R&D infrastructure and testing facilities should be available to the private industry also. In short, they need to be given a level playing field.

There are numerous Indian Private Industries that are Tier-1 and Tier-2 sub-vendors to a large Defence Manufacturing sector abroad and have certainly passed the rigorous qualification processes before entering the defence sector abroad. The DAP should not subject these industries to another qualification process as they have already proven themselves in the international arms market. A selection by the international market should automatically qualify Indian vendors and permit them to bypass the rigorous scrutiny laid down in DAP-2020. The apprehensions expressed by the Indian vendors should be addressed to increase their participation to help the nation move towards ‘Atmanirbhar Bharat’.