Emergency Procurements: Panacea or a Detriment to Capability Development ?

Sub Title : Fast Track/Emergency procurements must only be resorted to make up critical deficiencies 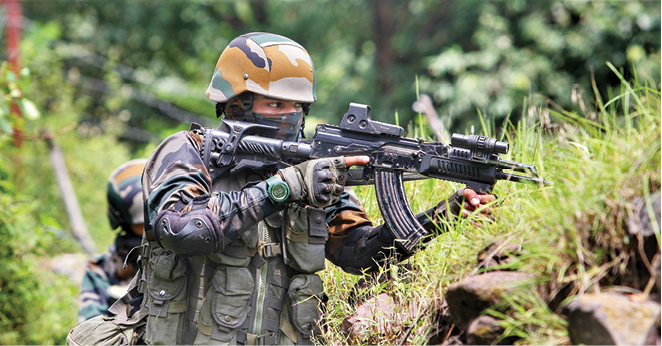 It has always been open to the armed forces to follow this procedure while exercising the financial power delegated to them, after obtaining the AoN from the Defence Acquisition Committee(DAC) Headed by the defence minister, with the Chief of Defence Staff, the three Service chiefs and Secretaries, and other high-ranking officials as members, DAC is the MoD’s apex body that decides on all acquisition matters.

In August this year the DAC granted Emergency Procurement powers to the armed forces to buy from ‘Indian vendors’, weapon platforms and munitions urgently needed by them.  According to media reports, this financial power can be exercised any number of times over the next six months up to INR 300 crore at a time on a particular item. The Indian Army which is at the forefront of the Indian response to the Chinese transgression is likely to benefit the most from this process. The media reports also indicate that the emergent purchases can be made through a simplified and abridged procedure (read Fast Track Procurement with modifications) to ensure that the required equipment is inducted within three to twelve months of the date of signing the contract.

During the first round of procurements, the services acquired some urgently needed hardware which made up for critical deficiencies in quick time. But extension of the same process twice over is inexplicable.

“It is surprising that two years down the road since the Galwan incident, the services, especially the Army, are still in the process of acquiring the ‘urgently needed’ equipment, but this is not the real surprising part of the DAC’s decision” – writes Mr Cowshish, former Finance Advisor (Acquisition) – (Financial Express, 25 August, 22). Cowshish goes on to explain that the financial power for capital acquisitions was delegated to the services’ Vice Chiefs, the CISC, and DG Coast Guard way back in 2007. Beginning with INR 10 cr, the limit has been enhanced to 300 cr in February 2019. To make it easier for these Competent Financial Authorities (CFAs) to exercise the delegated powers in the normal course, they are not required to come to the MoD for Acceptance of Necessity (AoN) which is essentially an in-principle approval for commencing the process.

AoN for such proposals was earlier accorded by the Services Capital Acquisition Plan Categorisation Higher Committee (SCAPCHC) which is now replaced by the Services Procurement Board (SPB), which too is embedded in the HQ IDS. It is thus a bit inexplicable to understand that what is special (or different) about the financial power granted by the DAC to the armed forces on August 22, as it corresponds to the power already delegated to them. One reasonable deduction that can be drawn is that powers have been delegated further down the procurement hierarchy to reduce delays caused by several ambiguities and bureaucratic incertitude contained in the DAP – an indirect admission of sorts!

Defence procurement is an evolutionary process and one hopes that the next iteration of the DAP will remove obstacles which cause delay and disrupt the process of  acquisition of military hardware. Unwarranted delays diminish operational preparedness, disrupt financial planning, undermine the industry’s efforts and lead to eminently avoidable statements like “We shall fight with what we have”, indicating despondency from the very start of the battle!

It is more than obvious that FTP or EP (FTP with restrictions on import) in the present case is to be resorted to for filling certain operational voids and not for capability and capacity development which is the real need of the hour in the Indian context. There is after all a finite amount of money and time available to modernise and maintain the military hardware. Rapidly emerging technologies mandate deliberate planning and methodology to acquire the right kind of capabilities. With resources at our command, every penny must be accounted for and not frittered away in a hurried shopping frenzy.

Fast track procurements were resorted to in the aftermath of Chinese aggression along the LAC in the summer of 2020. The purpose was obvious – to fill the voids on an urgent basis, the very reason for the inclusion of such a provision in the procurement process. More than two years down the line, ordering a large number of items through the emergency procedure points is indicative of two clear issues;

Capital Budget. EP permits service HQs to purchase the hardware they need to fill operational voids through a simpler process. As a consequence every directorate within the services is keen to make up the deficiencies in the shortest possible time. Not that it is incorrect in principle, but such an inter department race chips away at the capital budget as the overall allotment remains unchanged. As a consequence, leaving aside money for committed liabilities there is hardly any funds left for big ticket items. Since EP imposes a cap on the overall budget (INR 300Cr per item), import duties on the foreign components and the mandatory taxes reduce the available money to somewhere around 240 cr on an average.

Buy Indian Imperative.  IDDM items, which imply that adequate infrastructure and ecosystem exists within the country, are fine. But the ‘Buy Indian’ stipulation for platforms of foreign origin, as is the case this time round, will complicate the process. Fly-by-night operators may enter the fray and find ways to ‘Indianise’ items from abroad which will be highly detrimental in the long run. Insistence on ‘buy Indian’ force feeds Indian content (minimum 50%) into weapons and munitions produced by FOEMs. A limited time period of 3 to 12 months for delivery makes it  impractical to import and absorb technologies which take years to develop and mature. As the CEO of a foreign company puts it – “it is an equation without a solution”. With a resultant lapse of another 18 months or so, it may end up creating gaping holes in place of voids.

Capability and Capacity Development. Aatmanirbharta in defence is all about developing an ecosystem within the country wherein the R&D and industry are capable of designing and developing the weapons, platforms and munitions that the military needs to be operationally ready. It is a gradual process and requires huge amount of resources and investment. The first damage that FMS /EP will cause is the slow chipping away of the budgetary allocations. It will reduce the MoD’s capacity for investments in big-ticket items – remember the money ultimately comes from the government which acts as an assurance to the industry to invest.

The limited capability acquired due to a financial cap on FTP/EP  renders plans to acquire big budget items beyond the purview of this process. The Indian army desperately needs light tanks, artillery gun systems and air defence assets et al, all of which cost huge sums of money.  Training requirements, the need for adequate spares, repair and recovery mechanisms are way beyond the price of off-the-shelf purchase. Yet they are essential, without which the platform has very little utility. INR 300 cr, which is in effect reduced to almost INR 240 cr as explained above is thus grossly insufficient to even plan on such an acquisition. In a recent report, KMW of Germany quoted 30 months for delivery of 18 Gun Howitzer gun systems to Ukraine – and that’s as urgent as can be.

Unfortunately FTP/EP process is also the antithesis of ‘Integrated Capability Development System’ a plan devised by the Department of Military Affairs (DMA) to ensure synchronous and integrated acquisitions by all the defence services.

In conclusion, one can surmise that the intent is honest, but the purpose is far from being realised. FTP/EP should be resorted to for the purpose it is designed for- filling critical voids. Resorting to this process time and again may result in a setback to our Prime Minister and Defence Minister’s vision of Aatmanirbhar Bharat and may jeopardise the Integrated Capability development process that the armed forces have embarked upon.