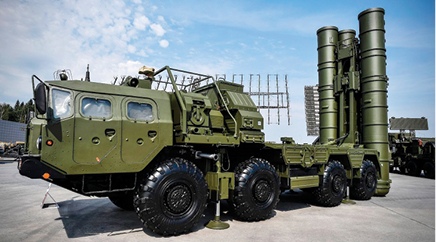 The ever changing world and rapidly evolving technology are posing new challenges in every sphere. New threats and their multiplicity require great effort in every aspect viz understanding, analysing, researching and developing the required counter systems.

There will be far greater use of technology for surveillance, near total situational awareness and battlefield transparency. The exact location of the enemy will almost always be known. There will be no blind spots, which can obstruct real-time decision making. There will be greater use of technologically advanced weapons to kill a much larger number of enemy combatants with ease without exposing own combatants to danger. Stand-off engagements will, for the affluent nations at least, become a norm. An aspect regarding the intense use of electronics will be the adversaries attempting to deny the use of electro-magnetic spectrum to each other. Use of weapon carrying Unmanned Aerial Systems (UAS) in large numbers engaging the enemy in the air as well targets on the ground with no fear of pilots being killed by enemy action, will heighten the aerial threat.

Modern aerial threat will not be composed of manned aircraft only. Advancements in technology have brought about some important changes in the composition of the air threat. These are: –

(a) Long range missiles and rockets are comparable in shape, size and radar signatures to any modern fighter aircraft. These, in some cases, can be far more destructive against the elements on ground vis-a-vis fighter aircraft. These threat elements need to be detected, established as hostile and destroyed well before they can cause any damage.

(b) Another, very revolutionary concept to emerge in the recent times is the introduction of UAS in the inventory. From merely being a reconnaissance/surveillance resource, they are now able to create unprecedented battlefield transparency for real time situational awareness, to help decision making by commanders at different levels.

Capability of different types of weapon systems and platforms

While the modern fighter aircraft can very accurately deliver a large inventory of air-to-ground and air-to-air weapon loads, can engage enemy aircraft in dogfights and a host of other activities, they are simply not suitable to detect and engage in flight rockets/missiles and in some cases even UAS.

Our ground-based air defence systems will have to primarily comprise of missiles and DE weapons as rockets/UAS cannot be deterred and will have to be destroyed to prevent strikes with a very high kill probability. The missiles will have to be complemented by gun systems capable of providing effective close protection.

(a) With a vast array of radars deployed for long range detection, tactical control and weapon guidance, ground-based air defence systems have the ability to engage every missile/large rocket/UAS in the given expanse of air space.

(b) Having detected the target, a ground-based air defence system has the ability to nominate the most suitable weapon system to engage and destroy the threat including missiles/rockets/UAS/aircraft. In case of multiple threats, the system will simply nominate different weapons to simultaneously engage different targets attacking the same asset or engaging a number of contiguous assets. With adequate numbers, the ground-based, air defence system cannot be inundated. It will be appreciated that the air defence response described above will invariably be with air defence missiles having different characteristics.

As of now, our ground-based air defence system is largely a deterrent force, with minimal resources to effectively protect our airspace as well as critical assets. We need to create a weapon mix, multi-tiered, ground-based, destructive air defence, which will be able :-

(a) To counter the emerging aerial threats of the 21st century for the next four to five decades.

(b) To protect all ground-based critical assets located anywhere in the country, to which threats are reckoned, including some of the coastal assets as well as Tactical Battle Space and Assault Formations undertaking offensives in the enemy territory.

(c) To effectively complement the IAF in air defence duties and to completely sanitise a given segment of the airspace of any enemy air activity e.g. over the Tactical Battle Area, in a conflict situation.

The above mentioned multi-tiered ground-based air defence system will need a number of different types of weapons arrayed in a capability-based air defence architecture, which will protect our national air space, in co-ordination with the IAF as specified and protect our critical assets when faced with very intense modern air threats. This architecture, which also defines the role of any given weapons system, will comprise the following: –

(b) Medium Range Air Defence Missiles with range up to 60 km.

Operational Control and Early Warning. Elements which enable the air defence architecture to perform their tasks are: –

(a) A very extensive network of long-range radars to detect the threat and alert the air defence system.

(b) A fully automated data management and communication system which can collect, collate and evaluate information and disseminate intelligence to create theatre-wide situational awareness and battlefield transparency for prioritisation and nomination of the most appropriate system to counter the threat in near real time.

(c) An extensive network of fire control radars, which can accept assignment of a target, in real time and effectively direct the weapon systems to engage the target.

Deployment of Ground-Based Air Defence Systems. The deployment of ground-based air defences is centred on the critical assets which need to be protected. A nation has thousands of critical assets which merit air defence protection. Depending on the threat or significance of the asset, the deployment can be in an array of different weapons in multiple tiers. Each tier is meant to counter a specific threat or a group of threats. The asset may be a point asset such as a radar station, a group of contiguous systems or an area asset.

Air Defence Architecture: An Array of Weapon Systems. Airspace as a traverse medium offers infinite options to the airborne vectors to manoeuvre, approach a critical asset and deliver the weapon load in a myriad way. This unhindered movement of the threat through the airspace creates some deployment imperatives for the ground-based air defence weapons which establish the need for an array of weapons required to protect the assets.

Some peculiar features of the air threat, which warrant presence of a wide spectrum of air defence weaponry to be able to engage the threat, are: –

(a) Unhindered Approach. Airspace as a medium of traverse for objects moving through it does not offer any impediments. The threat can approach a critical asset from any direction. Technology also allows modern aerial weapon platforms to fly at very high altitudes or at tree-top heights to avoid detection. This ability of the threat to approach practically from any direction makes it imperative for the air defence system to observe the entire space in their vicinity and be prepared to respond to any identified threat.

(b) Unlimited Manoeuvre Space. The airspace, without any obstacles, also offers nearly unlimited manoeuvre space for the threat to adopt any attack profile, based on a configuration which is most suitable for effective delivery of weapons at the weapon release line. A ground-based, air defence system, with weapons deployed in suitable configuration or a mix of different types of weapons should be able counter the threat adopting any attack profile well before the delivery of the weapon load in case of aircraft and before any missile or rocket gets into an attack profile.

(c) Stand-off Threat. This threat by modern aircraft, wherein the weapon is delivered a long distance away from the critical asset, which is to be attacked, has the aircraft following it for some time till the target is acquired by the weapon and then the aircraft moves away. In this case, there are two threat targets, which must be addressed i.e. the aircraft which is moving away after delivering and guiding the weapon load and the weapon load itself, which may be a missile or a bomb. Presence of long-range missiles in the architecture, a new addition, will resolve this problem. Some of the modern air defence missiles with ranges of over 60 km or more will be able to detect all threat objectives, including the aircraft with stand-off weapons, well before they are able to release their weapons.

(d) Inundation. There have been instances of an overwhelming employment of the air power to decimate the enemy. But in our part of the world, a sustained air campaign based solely on aircraft may not happen in the foreseeable future. However, with UAS, missiles, rockets and artillery now being part of the threat, the enemy has the ability to inundate the defences for short durations at a given point. With an array of weapons, having different capabilities, deployed in a manner to provide all round defence and co-ordinated layouts for contiguous assets, ground-based air defences will have the ability to engage a number of threats simultaneously.

Having analysed the imperatives for an array of weapons with different features to counter the threat, there is a need to identify some essential attributes in the weapons, which result in effective engagement of the threat.

(a) Destructive Air Defence. The hit-to-kill ability to destroy the threat or to push it off course is a very important feature of some modern air defence missiles. The weapon system may also carry a warhead, which explodes after the initial penetration enhancing the lethality of the weapon. This capability coupled with the ability to engage multiple targets is truly the best form of destructive air defence in the air defence architecture.

(b) Kill Probability. Missile systems deployed for protection of critical assets should have high kill probability, which can be enhanced by a higher rate of fire. A single missile fired against an aerial threat may have a kill probability of 40 to 45 per cent. However, two missiles against the same target may enhance the probability to over 95 per cent.

(c) Mobility. For air defence protection to be effective, the weapon must reach the location of the asset to be protected. The weapon system can be static, semi-mobile or self-propelled. Modern air defence weapons, irrespective of their collective size of various components and support equipment, have the ability to reach the threatened location to provide effective protection. Self-propelled missile and gun systems have the ability to provide protection to mechanised elements in the war zone and they keep pace with the progress of operations.

(d) Close Defence Protection. Dedicated air defence weapons provide close defence protection to critical assets. Close defence protection can also be in the form of man-portable missiles, self-propelled guns/missiles or only guns. Close support by a gun system is a time-tested method to protect critical assets when everything else fails. Some air defence guns on manual or only the local power control, without any radar guidance, can continue to protect a critical asset even during jamming of all electronic systems. Protection by guns in the past was simply firing large quantities of ammunition in the probable path of the aircraft to exploit the possibility of the aircraft flying into exploding ammunition or the pilot deciding not to press home the attack.

The power and reach of modern aerial threats to create a disproportionate advantage for the side with a superior, state-of-the- art, full spectrum range of modern aircraft and other constituents of such threats is a well-established military reality. While we are striving to have a fairly modern air force, for the ground-based air defence weapons inventory of the Indian army it is imperative that the existing deficiencies be fast made up so as to protect our ever-increasing list of vulnerable national assets. The present inventory is largely made up of vintage weapons and therefore will not be adequate to fulfil the assigned role effectively.