Sub Title : India would do well to prepare for eventualities in the maritime domain 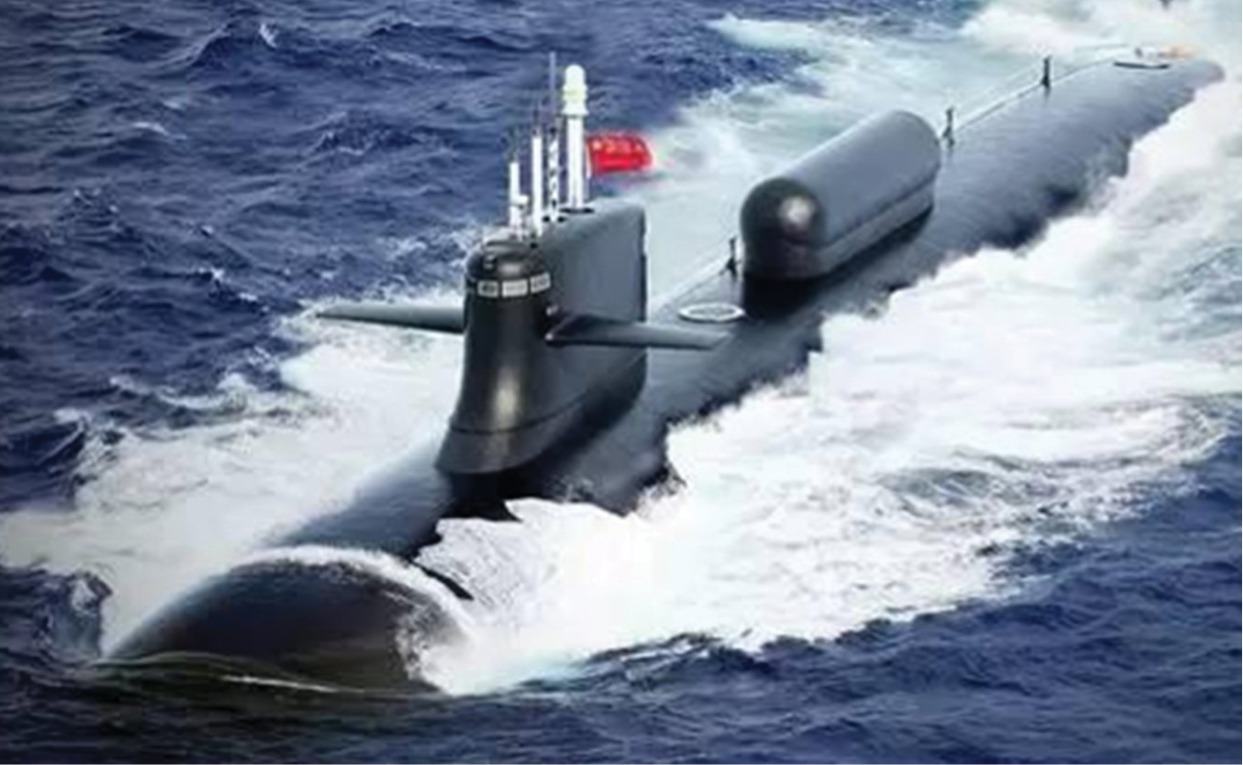 During the current standoff between India and China, attention has largely been focussed on the army and to some extent the air force. Given the present situation and the brinkmanship being resorted to by China in the South China Sea, India would do well to prepare for eventualities in the maritime domain. To this end it is imperative to have facilitating pressure points. A brief analysis of the same

The two-week long military standoff between India and China at Galwan-Ladakh in the Himalayas has been diffused partially after both sides agreed to deescalate and return to status quo along the Line of Actual Control. The Indian Army mobilized additional troops and mountain warfare hardware including guns and tanks; similarly, the Indian Air Force forward deployed top of the line fighter jets and helicopter gunships to operate from bases in the mountains. Its fleet of transport aircraft and helicopters ferried men and material to forward positions in the mountains to ensure uninterrupted military buildup.

The Indian Navy, though engaged in Mission Samudra Setu, the national mission to ferry Indian nationals stranded in countries astride the Indian Ocean due to COVID-19 pandemic, deployed its warships in the Indian Ocean. The Indian Navy chief reassured the nation that the force was maintaining its “operational tempo” and was “ready to deal with any challenge…because our security situation along our western and northern borders is not good,” Interestingly, the Indian Navy deployed its P8I maritime patrol aircraft for surveillance and reconnaissance missions over the Himalayas to supplement Indian Air Force tactical missions.

The Indian Navy also undertook joint naval exercises in the Indian Ocean with the Japanese’s Navy, the 15th such engagement in the last three years. However, the Japanese embassy in New Delhi clarified that the exercises did not have China in mind.

Challenge from the Sea

Among the many challenges to India’s security from the sea, the near continuous presence of the Chinese Navy in the Indian Ocean has been a major concern for the political and naval leadership. These deployments are marked by at least three warships operating  at any time in the Gulf of Aden in support of counter piracy operations; frequent sighting of Chinese submarines (conventional and occasionally nuclear propelled); and operations by Chinese scientific research and survey vessels. The Indian Navy has maintained robust presence and its aggressive surveillance and reconnaissance at sea have led to the detection of Chinese submarines and warship as soon as they entered/exited Strait of Malacca/Sunda Strait in the Indian Ocean.

Although the Indian Navy enjoys geographical advantage over the PLA Navy in the Indian Ocean largely due to latter’s ‘vulnerability of long military supply chains’, it appears, China is emboldened by its military and nuclear capability and has resorted to salami slicing in the Himalayas similar to what it has done in the South China Sea. Such a scenario merits innovative ‘naval pressure points’ in the Indian Ocean and beyond into the western Pacific (western Pacific Ocean and South China Sea) against the PLA Navy.

The Indian Navy’s Mission Based Deployments (MBD) involve 24×7 vigil over different sea areas in the Indian Ocean.  Its maritime patrol aircraft have shadowed Chinese warships in the Indian Ocean and it is fair to assume that Indian submarines too have been on the prowl looking for the Chinese submarines. For instance, in 2009, Chinese media reported that an Indian Kilo class submarine “spooked” Chinese warships in the Gulf of Aden and it attempted to “escape by diving into deeper waters but anti-submarine choppers were sent to trail the Indian vessel that forced it to surface”. The Indian Navy denied the above incident but conceded “it is a routine procedure. We do keep track of warships transiting near Indian waters through all means possible. Spooking or interference by a stealth submarine is a powerful message to any adversary and a useful tool for ‘signaling’, a practice most navies would engage in.

Over the years, Indian Navy has developed functional-operational cooperation mechanisms with most of the littoral navies of the South China Sea and these are symbolized by joint exercises, port calls and a variety of defence training commitments particularly with Vietnam with whom China has disputes in the South China Sea. India and Singapore have sophisticated defence cooperation but is not targeted against any country. Meanwhile Philippines is a new entrant in the Indian naval web of relationships including its socialization with the Quad when six warships from India, Japan, Philippines, and the US conducted maneuvers in the South China Sea in May 2019.

However, these countries cannot be expected to take sides between India and China due politico-diplomatic-strategic-economic constraints which is quite understandable. Despite their recent joint statement after the July 2020 Summit, the ASEAN member states have often stated that they do not wish to be in a position where they have to choose between China and any other country even the United States. Under the circumstances, new approaches in Indian and US naval and air cooperation merit consideration.

India has signed the Logistics Exchange Memorandum of Agreement (LEMOA), Communications Compatibility and Security Agreement (COMCASA), and the Basic Exchange and Cooperation Agreement (BECA). Under LEMOA, Indian and US defence forces use each other’s facilities and establish procedures of easier access to supplies and services required by them. These relate to materials and services. The COMCASA allows the US to transfer communication equipment to India which facilitates secure transmission of data and real-time information between the armed forces of the two countries. The BECA facilitates sharing geospatial and satellite data including intelligence reports, unconditionally between the militaries. These agreements can be the bedrock of any future India China military standoffs. It is quite plausible that US provided India with valuable intelligence and information during Galwan standoff that helped the Indian Army to monitor real-time Chinese military deployments and movements of troops.

Guam in the western Pacific Ocean is the frontline military base of the United States and lies on the Chinese ‘second island chain’ (SIC); the first island chain (FIC) refers to the Aleutian islands, the Kurile islands, the Japanese archipelago, the Ryukyu islands, Taiwan island, the Philippine archipelago, and the Greater Sunda island in the western Pacific. The US is building up Guam, a small island of 32 miles in length and home to 170,000 inhabitants. It is being reinforced with military infrastructure to host Marines and with missile defences against Chinese missiles in particular the DF-21D and DF-26 also referred to as ‘Guam Killers’ and other missiles launched by Chinese submarines and ships.

India’s Eastern Island Chain (EIC) runs Kolkata-Port Blair-Nancowry-Campbell Bay-Straits of Malacca, till the southern entrance of the Sunda Strait. The ECI has INS Kohassa at Shibpur in North Andaman and Port Blair, the headquarters of the tri-service command with a deployable fleet, with ability to stage a variety of military aircraft and amphibious troops. Similarly, Indian Air Force facility at Car Nicobar island and INS Baaz at Campbell Bay in the Great Nicobar Island (GNI) can stage fighters and accept heavier aircraft such as P8I for operations in the South China Sea.

There are a number of commonalities and convergences between Guam and GNI in terms of their strategic value and provide opportunities for militaries to engage through ‘strategic twining’ under the LEMOA, COMCASA and BECA. A Visiting Forces Agreement (VFA) of the type between US and Philippines, US and Singapore and US and Thailand merits consideration. A start point could be an agreement between US and India to explore fighter jet training at Anderson Air Base, Guam/ INS Baaz, GNI. This could be modelled on the lines of the

The Indo-Pacific is the singular initiative which has rattled China and the recurring Chinese narrative is that it is an overt ‘containment strategy’ by the West against China through the Quadrilateral Security Dialogue (QSD) whose members include Australia, India, Japan and the United States. It is seen as a response to the rise of China and a Chinese commentator even counseled India not to fall into US’ strategy of containing China’s rise.

In the past, the QSD members have conducted joint exercises at various locations in the Bay of Bengal, Indian Ocean and western Pacific around Guam. The ongoing US naval maneuvers in South China Sea, Taiwan Straits and Bashi Channel are good indictors of its commitment to keep the Indo-Pacific ‘free and open’ and therefore are an optimal choice for QSD member states to hold the next series of naval/military exercises in the region. The choice by smaller naval powers such as the Philippines joining multi-nation naval maneuvers in 2019 could encourage some other ASEAN states joining as ‘Quad Plus’ adding to the complexity of the enhanced naval presence and activity in waters around China.

It is undeniable that China enjoys numerical naval advantage against India which facilitates it to maintain a near continuous presence of warships in the Indian Ocean. It is confident that this is a ‘good signal’ of its strengths and readiness to counter any naval saber-rattling by the Indian Navy. Furthermore, China is also inspired by at least one Asian partner or friend to call upon and join hands to counter Indian Navy i.e. Pakistan Navy is the best bet for China. Iran is a potential brinkmanship actor and may pool resources to support the Chinese Navy with access arrangements.

The ongoing US naval build up in the western Pacific Ocean could be a trigger for China to focus on the defence of the First Island and the Second Island Chains necessitating a possible shift from the Indian Ocean/Maritime Silk Road/ planned deployment of marines at Djibouti and Pakistan. These would now be needed for defence of island and territories in South China Sea.

An invigorated QSD marked by synergy and convergences is another good response to Chinese assertiveness and would be the optimal choice for a ‘free and open’ Indo-Pacific which is the mantra of the current international relations in the Indo-Pacific.