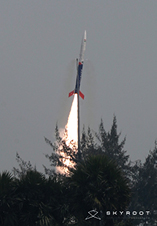 Space is fast emerging as the most active segment which is likely to witness increasing investments by way of an array of resources globally. Not to be left behind, India, too, has taken a number initiatives in the recent past to maintain parity with the advanced nations in this sector. Most prominent of course is the emergence of Indian start-ups who are making their presence noticed through their immense contribution in a short period of time. South Asia Defence & Strategic Review in association with Indian Space Association (ISpA) has decided to carry a column to highlight contributions and achievements of all the stakeholders and also to keep our readers abreast with the latest developments in this all important space.

ISpA participated in a roundtable conference organised by GeoSpatial on ‘Resilient PNT’. The following points were discussed in the meet:

To facilitate open and solution-oriented multi-stakeholder dialogue; engage in discussions to address some of the most persistent socio-economic challenges to deliver growth; facilitate networking of geospatial community consisting of government, mapping agencies, researchers, and private industry and users of spatial information; and fostering progressive policy change.

ISpA was the supporting partner of this event and Lt Gen AK Bhatt (Retd) was a panellist in panel discussion on “Geospatial Data Liberalisation – Policy Impact and Ease of Doing Business”.

The 25th edition of Bengaluru Technology Summit, the 3-day annual tech exposition hosted by the Karnataka government, culminated on November 18 with a five-point declaration.

It envisages establishing a start-up park near Kempegowda International Airport, setting up R&D labs in 50 select colleges in the State, opening science and technology research centres in universities, working towards achieving synergy between educational institutions and the IT-BT companies, and building better connect between the industry, academia and educational institutions.

Wing Commander Satyam Kushwaha (Retd), Director of the Indian Space Association attended the event as the panellist in the panel discussion on “ITE & DEEPTECH”.

The 4th Annual Indian Defence Conclave, which focused on creating and deploying disruptive technologies to achieve and sustain a competitive edge in defence capability, was held at the Vivanta New Delhi, Dwaraka, India, on the 17th and 18th November 2022. This event’s goals were to promote India’s vision of the country as a “Defence Manufacturing Hub” and to bring about “Digital Transformation in the Defense Industry.”

This platform included a Presentation by Lt Gen AK Bhatt (Retd), Director General of the Indian Space Association and a number of keynote lectures by local and international speakers, panel discussions, and case studies from around the world.