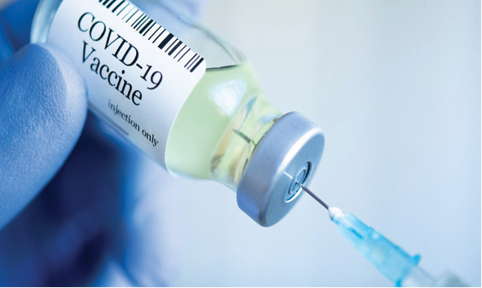 Whys’ and hows’ of India’s Covid 19 Vaccine saga. Has it been purely circumstantial or should someone take the blame?

India’s ambitious covid vaccination program began in early Jan, 2021 with its Drug Controller General, DCGI, approving the emergency use of Serum Institute of India-manufactured Covishield and Bharat Biotech’s Covaxin, also for emergency use. At this point, Covid first wave had waned in India, the active cases were down and life was beginning to get back to normal. Detailed vaccination plans had been drawn up with 30 million frontline health workers designated as the first recipients. With two Indian companies set to produce the vaccine, India seemed well ahead in the game.

The vaccination program rolled out on the 16th of January 2021 with over 3,000 centres countrywide. In the first three days, 631,417 people were vaccinated, albeit with low turnout. There was vaccine-hesitancy with concerns about its safety, software problems, and misinformation about the efficacy and side-effects; nothing unusual though, it being pretty much a global occurrence. By the 1st of Mar, 14 million healthcare and frontline workers had been vaccinated – an impressive statistic, though it fell short of the original goal of 30 million.

The next phase covered all above the age of 60, residents between the ages of 45 and 60 with one or more qualifying comorbidities, and left-over frontline workers.

India was so confident and buoyant that it also exported the vaccines to other countries – 95 in all. Out of this some part was grant, some commercial transactions and the rest were part of the international Covax program. In all, 663.698 lakh doses were exported under the ‘Vaccine Maitri’ program, which began as early as the third week of January and continued till the third week of Apr. India envisaged this export as ‘global action to vaccination’ and as a measure to ‘break the chain of transmission’. The government stated in an affidavit that the export was ‘limited’ and ‘with highest priority to domestic needs.’  The Government viewed the exports as a measure to avoid disproportionality between the production of Covid-19 vaccines and the country’s ‘available’ health infrastructure and manpower to administer the vaccine. This, as time would prove, was a tacit admission not so much of vaccine excess but more of healthcare infrastructure deficiency.

Such was India’s self-assurance vis-a-vis the pandemic that vaccine eligibility was further extended to all residents over the age of 18 with effect from 01 May – a move possibly under political compulsion but ill-advised nonetheless; somebody in the government did a major miscalculation because there were simply not enough vaccines to cover this group.

And that’s how the story stands today — a raging Covid-19 second wave, an overwhelmed healthcare infrastructure, a government under severe criticism and shortage of that one critical item that could have saved the day.

In Jan 2o21, Adar Poonawalla tweeted “Happy new year, everyone! All the risks Serum institute took with stockpiling the vaccine, have finally paid off. Covishield, India’s first Covid-19 vaccine, is approved, safe and ready to roll out in the coming weeks.” Indeed, SII’s gamble to start producing the vaccine shots eight months earlier had paid off. Sadly, the Indian Government had shown no such foresight and no orders had been placed with SII.

Covaxin, India’s indigenous vaccine, has been developed in collaboration with ICMR. The vaccine is developed using Whole-Virion Inactivated Vero Cell derived platform technology. The vaccine received DCGI approval for Phase 1 & 2 trials in July 2020 and final emergency use approval in Jan 2021. Its initial capacity was pegged at 200 million doses but in April this year the Company ramped up production to 700 mn doses per annum through a manufacturing scale up in its factories in Hyderabad and Bengaluru.

India has now gone shopping internationally, and while negotiations are on with several manufacturers abroad, on 01 May first shipment of the Sputnik V vaccine was received from Russia. An estimated 15.6 crore (156 million) doses are expected later in the year between August and December.

India waited till January to place its orders – way too late – and even then the amounts ordered were very small for the size of its population. Between January and May, roughly 35 crore vaccines were bought from the two Indian manufacturers but that would barely cover 20% of its population. What is worse, India waited till 20 Apr 21, well into the second wave, to extend a $610 million financing line to SII and Bharat Biotech to boost production. Inexplicably, the government also did not leverage the massive capability of its pharmaceutical companies, which could have been restructured to boost vaccine production. As of now only four firms, including three government owned ones, have been given rights to make Covaxin, which is partially public funded.

In terms of pricing too, government left it to the hospitals and the state Governments to negotiate the prices with the manufacturers. Centralised procurement would have perhaps brought the price down from

Rs 150/-; it has shot up instead…a decision that defies logic. The government has in fact opened the states to fierce competition to negotiate prices and quantities of the scarce stock. As per some reports, states have to pay double the rate for Covishield and four times as much for the Covaxin. Global tenders have been floated by some states to procure the vaccine, but there is a serious backlog everywhere.

With the population between 18 & 44 eligible for vaccination now, the total number stands at 96 crores and that requires 192 crore doses of the vaccine. It’s a difficult task. As on date the total number of administered doses stands at 22.62 crores.

So how come the Pharma Capital of the world has landed itself in the unenviable position of not having enough vaccines?

A certain amount of overconfidence and lack of foresight are perhaps the chief reasons. Poor planning shines through quite clearly. The time between the first and the second wave should have been used to bolster the healthcare capacities; the infrastructure was wound down instead. There have been knee jerk reactions rather than concrete planning for procurement and pricing of the vaccines. Centre-State feuds and political one-upmanship in these difficult times are a bad smear on an already murky Covid canvas. Vaccine execution also needs to factor in the digital prowess of the population wherein a large number of citizens are on the other side of the digital divide and are not savvy enough to register on the CoWin app inspite of their smart phones.

It will not be fair to blame the Government for vaccine export though. Nobody in January to March had imagined the onslaught of a severe second wave except in hindsight. India has always stood up to its ideal of Vasudhaiva Kutumbakam – The World is One Family – and it discharged its obligation accordingly among the comity of nations. Today the international help is pouring in because of the goodwill that India enjoys on account of its moral high ground. Someday the pandemic will be over and we can say with dignity that we helped the world in its darkest hour.