Sub Title : A brief on OFB's contribution to equipping the Indian Infantry 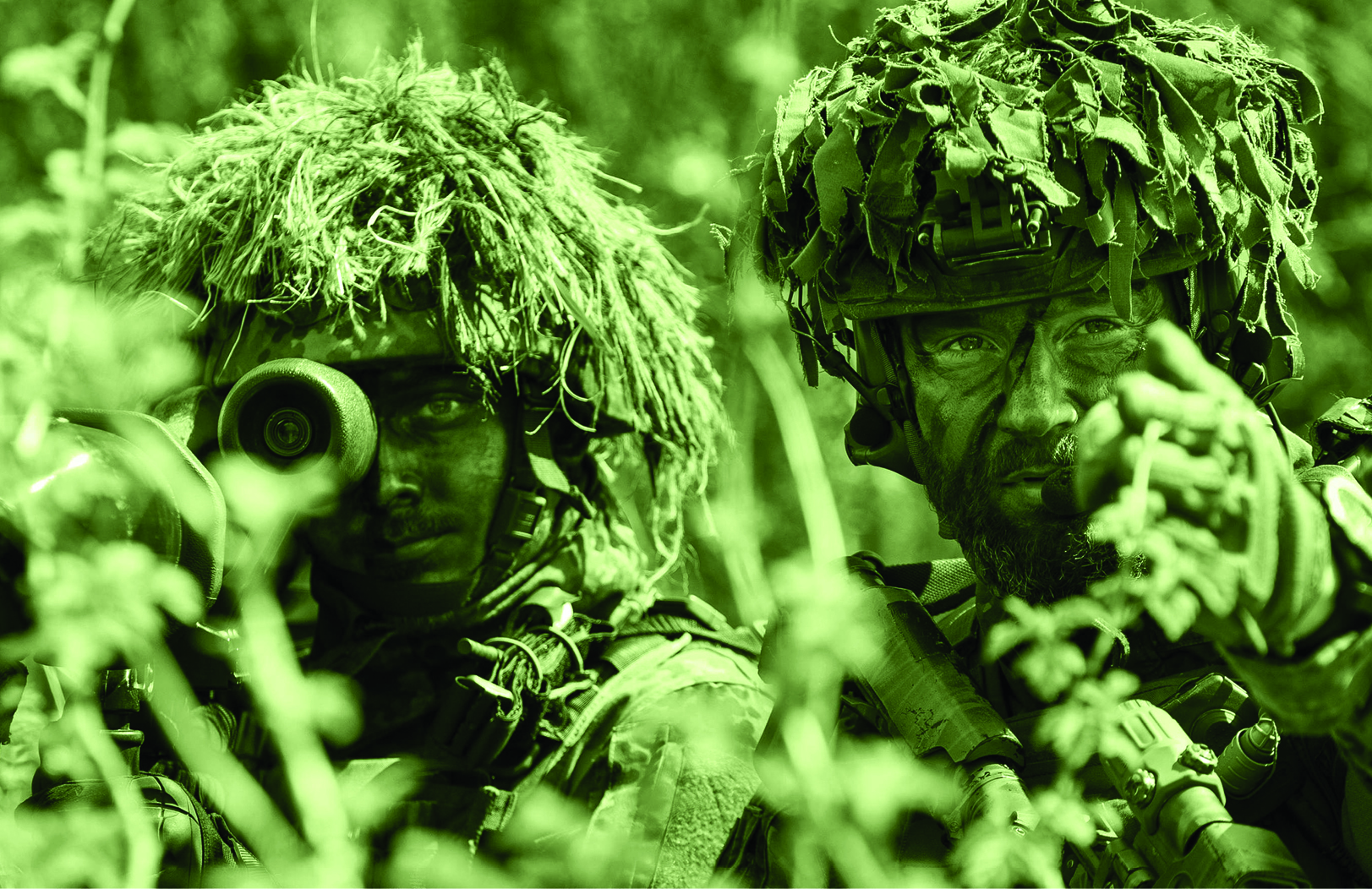 “Infantry’s ability is directly proportional to the availability of best of Weapons, Equipment and Clothing. The modernisation process is aimed at harnessing advanced technologies to augment the operational capabilities of Infantry across the full spectrum of conflict. Technological advancement and proliferation of the destructive power of weapons systems, however, leads to quick obsolescence of weapons system necessitating periodic upgrading and modernisation.

Right from the advent of warfare to the present and beyond, the importance of the infantry man can hardly be over-emphasized. No matter what advances in robotics are made in the distant future, the man behind the machine will continue to be important. Conflict situations such as terrorism, asymmetric and fourth generation wars have heightened this importance. Infantry weapons and equipment are not as glamorous and expensive as fighter aircraft, tanks and submarines and that perhaps is the reason why infantry modernization has not received the kind of attention it deserves averting an organizational transformation of the “Queen of Battle”.

The prevailing geopolitical scenario clubbed with the advancement in technology necessitates that the Infantry has to be prepared to fight in all types of terrain in the entire spectrum of conflict from sub-conventional war to an all-out nuclear war. The Indian Army always aspire to equip and train the Infantry for the future battlefield. ‘Infantry Vision 2020’ formulated way back stipulated ‘Be optimally configured to conduct operations at short notice across the entire spectrum of conflict prevention, conflict and post- conflict activities both within and outside the region’. The battlefield milieu would continuously evolve and change. Hence, it is imperative that the infantry man is suitably equipped and trained to effectively execute assigned battle missions. Cost of modernization of infantry is a low fraction as compared to the costs of modernization of large platforms and the human cost to infantry vis a vis the lack of modernization is so disproportionately high that arguably it should receive first priority in allocation of capital outlay.

Known powers on the globe plan and modernize Infantry profile to ensure that the capability envisaged meets the requirements of the nation’s army to respond effectively to varied situations and demands apart from adapting to meet future challenges. Thus, the Army continually takes  new initiatives to upgrade and modernize the infantry with more lethal, accurate and reliable Small arms lighter in weight.

The modern battlefield is becoming ever deadlier with an influx of highly advanced manned and unmanned combat platforms capable of targeting at extended range. Choosing to employ infantry equipped with inferior small arms, and instead relying on the maneuver force to do the lion’s share of the hard work of direct combat at close range may prove to be catastrophic. Every nation today, thus, is focusing on how to modernize infantry, and equip the soldier with the multi-domain system of personal protection, optical & TI enablement and rapid & safe movement to effectively engage adversaries in direct-fire combat.

The global ‘Small Arms market’ size is projected to reach USD 6.52 billion by the end of 2027. The rising cross-border disputes and tense relations will lead to wider product adoption across the world. According to a report published by Fortune Business Insights, titled “Small Arms Market Size, Share and Covid-19 Impact Analysis, By Type (Handgun, Rifle, Shotgun) By Application (Defense & Homeland Security, Self-Defense, Sports, Hunting, and Law Enforcement), and Regional Forecast, 2020-2027,” the market was worth USD 4.80 billion in 2019 and will exhibit a CAGR of 3.96% during the forecast period, 2020-2027. The low-cost of these arms are a primary reason why they are procured on a large scale, especially in countries such as the United States. The report analyses the latest market trends across five major regions, including North America, Rest of the Word, Europe, Asia Pacific, and the Middle East & Africa. Among all regions, the market in North America is expected to emerge dominant in the coming years. The high defence budgets in countries such as the United States has also triggered technologically advanced products. The increasing terror attacks and tense cross-border relations in Asia pacific regions have also contributed to the growth of this market across the globe.

All the leading and Major manufacturers of Infantry related equipment are on the path of belligerent campaign in fascinating emerging and technologically traditional countries to upgrade and modernize their Infantry in order to generate demand. Companies like Fabbricad’Armi Pietro Beretta S.p.A. (Italy), FN HERSTAL (Belgium), General Dynamics Corporation (The US), Heckler & Koch GmbH (Germany), Northrop Grumman Corporation (The U.S.), Sturm, Ruger & Co, Inc. (The US), Taurus International Manufacturing, Inc (Brazil), Thales Group (France) have been participating in the Defexpos worldwide with these objectives in an effort to become the world leading supplier of Small Arms Systems.

Infantry though lagged behind the intended modernization plan envisaged in the beginning of the century is now on the path of rapid modernization through well documented Plans for modernizing and standardization of the Infantry. Indian Army has now opted for a Calibre of 7.62mm in ‘Assault role’ with the objective of ‘Shoot to Kill’ and achieve higher lethality, range and commonality of ammunition. Procurement / Development and manufacture of 7.62X51 MMG, LMGs, Assault Rifles, 7.62X39 AK series rifles, 5.56X45 CQB Carbine, Under Barrel Grenade Launcher (UBGL), Multi Grenade Launchers (MGLs) and compatible ammunitions is in various stages. The total induction with above processes in hand shall certainly exceed one Million Small Arms of all types.

Approx. 70,000 nos. of 7.62 X51 Assault Rifles have been procured through Fast Track Procedure (FTP) in the recent past with similar quantity under procurement. Similarly, Approx. 16000 LMGs also have been procured through FTP, part supply against which has since been received by Indian Army. A positive aspect here, however, is that the larger portion of Approx. 41,000 nos of LMGs and 5.56 X 45 CQB carbines in excess of four Lakh are under procurement as ‘Buy & Make’ (Indian) with ‘NIL’ import content so that the country becomes self-reliant for its LMG and CQB requirement and life cycle support to the weapon. Interestingly all associated accessories like Day, Night and TI sights are also on the similar procurement route.

Indian Ministry of Defence has also signed an Inter Governmental Agreement (IGA) with Govt. of Russia to manufacture ‘State of the Art’ 7.62X 39 AK-203 Assault Rifle in India through a Joint Venture (JV) formed between Ordnance Factory Board (OFB) and M/s Kalashnikov Russia as major shareholders to manufacture a million assault rifles in the country through the JV named ‘Indo Russian Rifle Pvt Ltd (IRRPL)’. The case is the certainly a good move ahead and a shining example towards the national policy of ‘Atmanirbhar Bharat’ and ‘Make in India’.

Other main Guns of infantry profile that is, 8.66 mm Snipers, 14.5/20 mm Anti Material Rifles (AMRs), 40 mm Under Barrel Grenade Launchers (UBGL) and Multi Grenade Launcher (MGL) and compatible ammunition also are in various stages of procurement. A positive aspect here again is that at least a score of small arm manufacturers in the country are now claiming to be ready for manufacture of required small arms both in quantity and quality, should they win any contract. Half a dozen out of these are quite promising having known cooperation with world leading manufacturer who in turn are also keen to set up manufacturing facility in the country. Some of these companies like M/s Bharat Forge, M/s Reliance defence, M/s PLR systems, M/s SSS have started keenly participating in Def expos and RFPs to exhibit and prove their mettle in the field of Small Arms manufacturing. This would perhaps support Indian Infantry in achieving self-sufficiency both in terms of requirements and national capacity build up for latest generation small arm systems.

The premier national defence design agency DRDO in association with both OFB and some of Development-Cum-Production Partners (DCPPs) is also working on indigenously designed and developed small arms of various calibre as per GSQRs. Such developmental activities shall give the country an edge with big private houses getting into the role of small arms manufacturing apart from the only small arms/gun manufacturer till date i.e. OFB. Such initiatives certainly are a matter of pride for the nation towards not only in achieving Self Reliance in Defence Manufacturing but also start appearing on the list of defence exporters by targeting smaller countries.

Arms import decreased by 33% between 2011–15 and 2016–20 while India continues to remain the second largest arms importer after Saudi Arabia, according to latest Stockholm International Peace Research Institute (SIPRI) report. In efforts to contain defence imports and promote domestic manufacturing, the Defence Ministry had last year notified a negative import list of 101 items. The second positive Indigenisation list  of 108 items has also been issued in June 2021. In addition, the Ministry in the current year budget has reserved a part of the capital budget for procurement from domestic industry.

The Indian inventories are estimated to contain approximately three Million Small Arms; approximately 1.2 Million of these belong to the Defence Services and 1.8 Million to Paramilitary & state police. OFB has been associated with Infantry wing, AHQ very closely since manufacturing of small arms/gun system and compatible ammunitions has been core activity of OFB for two centuries now. OFB has been the sole provider of vintage 7.62×51 SLRs, 7.62×51 Medium Machine Guns, 5.56×45 mm INSAS assault rifles and LMGs, 9mm carbines along with compatible ammunition, 51mm & 81mm Mortars and 84mm RLs for almost five decades. OFB through its technical might, innovative mind set, close collaboration with various institutions/ stake holders also started in-house research and development to successfully develop manufacture and supply various small arms like 40mm UBGL and MGL to Services. Several other weapons indigenously developed and manufactured by OFB are being regularly used by CAPFs.

OFB as mentioned earlier is the major shareholder in IRRPL and shall be the backbone of the JV with responsibility to supply complete kit for AK-203 to IRRPL through absorption of technology in its existing small arms manufacturing units. OFB is fully geared up and has been concentrating on in-house development of various Small Arms, Sights, specific clothing and ICVs to compete with Global manufacturers in order to retain its dominance in equipping infantry with modern warfare equipment.

Indian Army at times looks at acquiring weapon systems and platforms to meet operational voids and emerging requirements to deal with known and perceived threats. ‘Sustainment Needs’ do not share the centre stage with the performance requirements, at the time of procurement. The sustainment requirements surface much later as the equipment ages, post exploitation. Role of OEMs to the sustainment needs become very important to ensure that equipment serviceability and mission reliability, particularly after the expiry of warranty periods, which is crucial to planning operational reach and effectiveness does not reach abysmally low levels. The cases of OEMs either shutting down assembly lines for want of continuity of orders or migrate to a higher technology platform or new products are not new to industry. OFB, however, has been supporting Indian Army/infantry with Total Life Cycle Support (TLCS) of all equipment/weapon systems supplied during its original stated life expectancy. Thus no other OEM can match the capabilities of OFB in providing TLCS to the in service equipment in general.

OFB today caters to the whole requirement of small calibre ammunition of Indian Army as all the small arms even if imported, fire in service ammunition manufactured by OFB. A fact lesser known in public domain is that OFB has not only fulfilled the requirements of Indian Army but has targeted small arms ammunition as one of the core area and exported various 7.62 and 5.56 ammunition to many other countries including developed economies.