Sub Title : The challenges and the way forward for the IADC 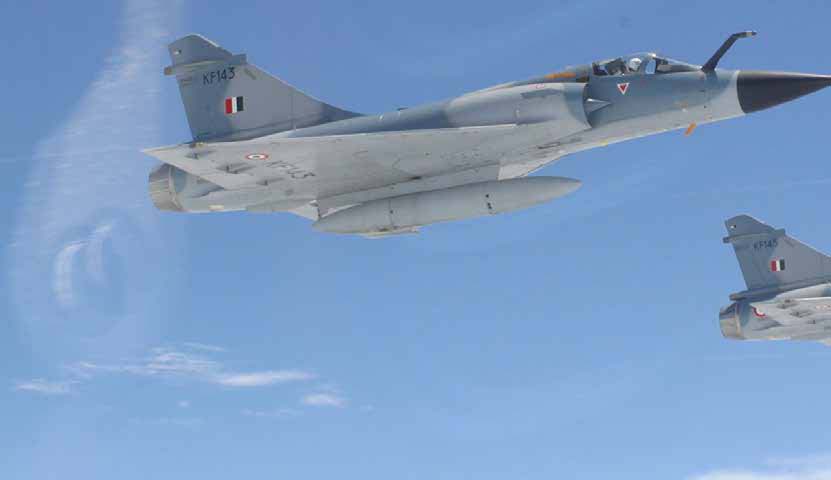 At present the perception of air defence is different in all three Services. There is a need to identify the commonalities and overlaps and integrate assets of the three Services and assign the responsibility of air defence of the nation to a single commander. The raising of an Integrated Air Defence Command will facilitate this. However, there are challenges which must be appropriately addressed to arrive at a balanced and optimal solution

The year began with a major change at the apex level in the Armed Forces with the appointment of the first ‘Chief of Defence Staff (CDS) on 01 Jan 2020. On his first day in the office, the CDS instructed that an Integrated Air Defence Command (IADC) be created, integrating the air defence resources of all the three Services under one authority, in a time bound manner. On the face of it, it seems to be a simple exercise as this is not for the first time that an Integrated Military Command is being raised in the country. We already have the Andaman and Nicobar Command (ANC) and the Strategic Forces Command (SFC).

The ANC is based on the ‘Geographical Integration’ model, while the SFC is established on the ‘Functional Integration’ model. The IADC would entail operational control of all the air defence resources of the nation by a single entity, this makes the task of setting up the IADC a complex one.

The history of air defence operations in the Indian context dates back to late 1930s wherein the Army with its air defence guns was responsible for close air defence of critical assets on land including strategic/coastal assets and airfields while the air force used its aircraft to thwart enemy air ingress. Air defence was primarily focussed against offensive actions by enemy aircraft. The concept did not undergo a major change despite the Air Force getting some Surface to Air Missile (SAM) Squadrons in 1970s – 1980s. Air defence guns of the Army continued to be deployed for terminal defence of airfields at the cost of denuding air defence cover to its own critical assets in Tactical Battle Area (TBA). The said employment philosophy continued to be followed during the operations of 1962, 1965, 1971 as also in Operation Vijay and Operation Parakaram. However, with time the nature and types of air threat increased manifold, accordingly the variety of targets to be engaged by Land Based Air Defence Weapons (LBADWs) such as (SAMs) and air defence guns increased substantially.

Until about 1993, there was no single agency responsible for air defence of the nation and each Service had its role clearly demarcated for air defence operations. While air to air combat against all enemy air intrusions, in general, was the domain of the Air Force, the air defence of critical assets was entrusted to the Army, including the terminal defence of Air Force critical assets. For this reason, the Army holds far more LBADWs as compared to Air Force.Notwithstanding the above, in 1993 a clause was inserted in the Union War Book of India which states “The Air Defence of the Country is the responsibility of Indian Air Force”.

The perception of air defence is different in all three Services. The primary concern of Air Force with respect to air defence is limited to protection of its airfields and its critical assets. These airfields are generally located well inside Indian Territory; accordingly, Air Force has deployed multi-tiered air defence to intercept the enemy well before the delivery of payload. This includes interceptor aircraft, variety of SAMs and air defence guns. Though the aircraft and SAMs are air force assets and are controlled by respective Air Force Commands, the deployment of air defence guns at airfields continues to be an Army task. To facilitate its air defence operations, the Air Force has a well-established network of early warning (EW) radars (for medium and high level) supported by a robust communication system with adequate redundancies. Inputs from these radars are collated at the highest level and then disseminated downwards as the Air Force visualises surveillance, air defence weapons and control & reporting as three separate independent verticals of air defence which converge at the top at Integrated Air Command and Control System (IACCS).

Since the beginning, the LBADWs of the Army were mostly deployed for defence of airfields and strategic assets in depth and coastal assets, as highlighted above. Therefore, the field formations of the Army operating in TBA had limited or no air defence cover. However, with advancement in air power, as also in air defence weapon technologies, it was realised that the air defence of field formations in TBA could be a major battle winning factor and thus it was considered appropriate to have integral air defence resources with the ground forces in TBA as well. The Army has accordingly been equipped with variety of LBADWs to include SAMs, gun-missile systems and guns, with adequate mobility and ruggedisation to perform their operational role in TBA. These LBADWs are an integral part of the field formations and are employed as such.

Unlike the air defence of airfields, the air defence units of the Army operate at the forefront, strung across TBA, with the area of operations extending into enemy territory. As compared to a well-established and secure air defence system at airfields, the air defence operations in TBA are conducted in a difficult environment, dictated by fluidity and unpredictability of operations on ground. There is no tiered air defence and terrain plays a major role. Further, most ingressing aerial threats have to cross over the TBA. Low level air threats from sudden emergence of hostile aerial targets with very limited reaction time is the norm of the day. Accordingly, low level surveillance radars are integral part of an air defence fire unit. Unlike Air Force, the inputs from these radars are collated at the lowest level and sent upward for dissemination / interrogation.

The air defence operations of Navy at sea are way different from Army and Air Force since they are platform centric. Most of the warships have their own air defence weapon systems to include SAMs and guns, while the carriers also have interceptor aircraft. The integration of air defence assets of Navy with Army and Air Force is therefore only limited to the shore based air def assets /resources of Navy.

The present arrangement of air defence operations, a task performed by all three services differently, is therefore not an optimum solution. There is a need to identify the commonalities and overlaps and integrate assets of the three Services and assign the responsibility of air defence of the nation to a single commander. The focus needs to be on enhancing operational effectiveness and efficiency capitalising on the core competency of each Service. There is also a need to nominate a single agency which can perform both the functions of Air Defence and Air Space Control over India.

There will be multifarious challenges in creation of the IADC, which will become responsible for the entire air space over Indian Territory including territorial waters. These are enumerated below: –

To have optimal integration, it should be ensured that all the available resources (surveillance, networks and weapon systems) with the three Services are optimally integrated and utilised to create gap free surveillance and air defence cover grids. Functional integration amongst the three Services seems to be the most pragmatic way of raising IADC in the Indian context. This too should be executed in a phased manner so as to cause minimum turbulence. In addition to the three Services, assets of Coast Guard, MHA and civil aviation and other national assets should also be integrated to IADC to address air defence challenges during peace time. Issues which promote operational integration should be addressed in the initial phase and the rest can follow in subsequent phases (s). The following issues need to be addressed in the initial phase: –

Implementation of the long overdue IADC should be holistic. We should follow a model which suits us in terms of maximum operational dividends. It would be counterproductive to follow templates of other countries. However, for effective integration the process should be very deliberate, factoring core competencies, limitations and concerns of all the stake holders. It needs to be accomplished with caution in a phased manner without causing any major turbulence in the existing set up. Execution is the key, therefore a clear road map drawn by air defence professionals with deep understanding followed by close monitoring over a sufficiently long period will pay true dividends.