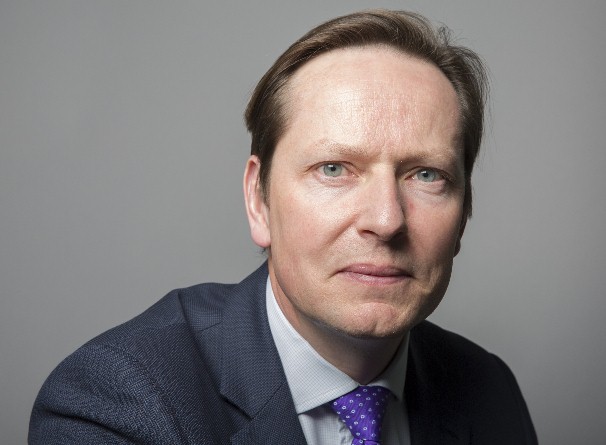 A soldier is always required to be alert, informed, and protected. Even during peace, Soldiers get deployed in remote posts or in Counter Insurgency operations. Other times they set out to patrol and dominate no man’s land or buffer zones. Although precise templates and protocols exist to maintain peace on the borders, belligerence by a rogue enemy cannot be ruled out. The defenders of the forward edge therefore are always vulnerable to enemy action and violence. In addition to weapons, these warriors need to be empowered with technologies and devices that help them detect lurking dangers, communicate back to their bases in real time and also deny the enemy the use of his electronic devices; they need contemporary electronic empowerment to be safe and to be dominant. These devices preferably must be light weight, man/team portable or light ATV based for maximum effect.

South Asia Defence and Strategic Review in its continued quest for identifying the best equipment available in the international market to meet our contemporary requirements, reached out to Roke of UK. A Video call was organised on 21 July. The magazine was represented by Col AK Sharma (Retd) and Maj Gen Harvijay Singh, SM (Retd) and ROKE was represented by Chris Squier, Defence Director Roke and Eric Herron, CEMA Business Development and Sales lead assisted Chris.

Interaction with Roke is also very timely as the cover story for this particular issue of the magazine is on Information Manoeuvre Warfare, where Roke has considerable experience and expertise in this domain. We spoke on a number of issues related to the subject in particular and some peripheral ones. Chris answered all our queries in a candid manner. Excerpts from the interview on relevant issues for our readers:-

Chris is Roke’s Defence Director; he has worked in industry for 8 years after a 20-year military career. Prior to joining Roke Chris worked for BT as a Client Partner in the Business and Public Sector Team and, as a General Manager, led an Openreach Service Delivery field team. Chris’ Army career spanned leadership on a variety of military operations as well as policy, programming and commitments roles in MoD Head Office. Chris has an MA in Defence Studies from Kings College.

Roke’s equipment in Militaries across the globe and their ability to collaborate with Indian firms for meeting our aspirations of ‘Make in India’.

Chris gave a brief account of the global presence of Roke and the successful deployment of their equipment in a number of militaries around the globe.  He was confident that they could easily meet the aspirations of the Indian Armed forces in terms of quality and capability. Roke is also confident of meeting the conditions of the Indian Defence Procurement Procedures independently and in collaboration with Indian manufacturers. He also confirmed that their equipment was not deployed anywhere in India’s neighbourhood and their supply chain was adhering to all current technical, operational and commercial aspirations. He confirmed that their equipment was very versatile, and the SWaP characteristics confirmed to the best possible that could be sustained within the laws of Physics.

Eric added that Roke has state-of-the-art Defence Capabilities in Communications, Surveillance & Electronic Warfare, and equipment to protect personnel from the risk of Improvised Explosive Devices that are triggered by radio frequency signals.

Technical characteristics of the ROKE Surveillance and Electronic Warfare equipment

Chris reiterated that Roke’s equipment was state of the art and of contemporary design. It mostly uses Standard Protocols and could be easily integrated with multi OEM Systems. Roke’s equipment is extremely user friendly and the outputs are easy to understand and share including on the Command and Control nets. All their equipment worked well in both stand alone and integrated mode. They are easy to install and did not hinder the mobility of soldiers. They can also be used in anti-terror / high tempo / air insertion roles. Some specific characteristics are as under:

♦             Compatible with a wide range of third-party software for reporting and specialist signals analysis.

♦             Operates in the temperature band of minus 20 to plus 55 Centigrade. Currently used from near the arctic circle to the Middle Eastern deserts and beyond.

♦             All their equipment uses High capacity, light weight batteries giving 11 to 14 hours of support without overburden on the soldier.

Eric also explained about the Roke Ultra-low SWAP on the man EW solution, which can be placed directly in the hands of the tactical war fighters. The ability to report real-time threat to life and indications of enemy intent, whilst in support of manoeuvre elements is crucial to survivability of the team. This system provides the local commander a high confidence of accurate positional data and atmospherics in near field and cluttered urban environments. Mutual support from networked nodes over open architecture allows instant reach-back to key decision makers whilst sharing a common operating picture. Its crucial technical parameters are as under:

Chris clarified that a line of bearing will be given by a single sensor. When on the move, the system will automatically switch to on the move mode and do an automatic position fix as long as the target is passed in parallel or dog legged, this can also be achieved on the march.  The system comes with a Vehicle of Opportunity kit which allows mounting on to most vehicles – up to a maximum speed of 120kmh.

Chris also spoke of SOLO, a novel lightweight equipment for protecting personnel from RF IEDs. SOLO combines novel processing techniques with the lowest possible weight-versus-output, providing individual protection even in complex electromagnetic environments. On the battlefield the net result is excellent levels of protection but with tactical freedom, reduced burden and the additional ability to communicate through ECM.

Chris recounted Roke’s experiences earlier in India. Roke worked with BEL, India a few years back in the Electronic Warfare domain. It was a new and pleasant experience and Roke got a good feel of requirements, opportunities and the overall environment obtaining in India. Roke also worked with NSG and CRPF and displayed their capabilities in different areas of expertise. Counter IED devices were of interest to the two elite forces. Based on their earlier experience, Roke is keen to work with Indian armed forces and defence industry. Roke would be keen to participate in some of the current and futuristic programmes as a technology provider and support the security forces and industry in all their endeavours.

Chris explained at length that most of the technologies used by Roke are their own. Thus, there are no embargoes on transfer of technology.  Roke will be happy to share certain technologies with its Indian partners as sharing of technologies is acceptable in principle. Exact nature of technology share, however, would depend upon the nature and quantum of work done in India. These are matters of details and can be worked upon once Roke gets the opportunity to work with partners in India.