Sub Title : A forthright exchange of views with the new COAS 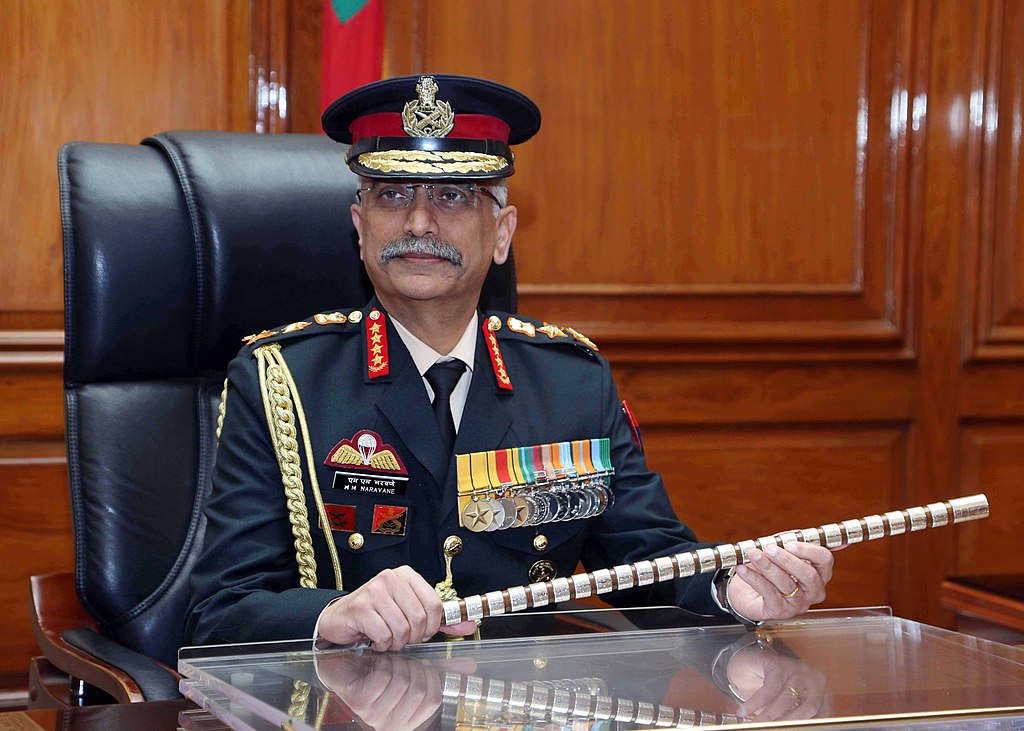 In an experienced and distinguished military career spanning almost four decades, Gen Naravane has the distinction of holding key appointments in active Counter Insurgency environments, both in the North East and in Jammu and Kashmir. He was a part of the Indian Peace Keeping Force in Sri Lanka during Operation PAWAN and also served as a Defence Attache at the Indian Embassy in Myanmar for three years. He commanded a Rashtriya Rifles Battalion in J&K and an Infantry Brigade in the Eastern Sector. He went on to command IGAR (North), a prestigious Strike Corps in the Western front as well as the Delhi Area. Prior to being appointed as the VCOAS in Sep 2019, he was General Officer Commanding-in-Chief of Eastern Command and Army Training Command.

Defstrat. What are the major issues of preparedness and modernisation that concern you as the Chief of the Indian Army and what is the proposed plan of action?

COAS. The Indian Army modernisation plans are aligned to cater for the current & emerging threats & towards achieving desired capabilities in the long term. The 13th Army Plan, currently in vogue from 2017-22, is based on our immediate& emerging security needs. As far as Infantry is concerned, the Army is looking at enhancing the overall combat capability by replacing the soldiers integral weapon, improving his night fighting capability & providing high quality body armour.

For Mechanised Forces, in addition to fleet upgradation & induction of new equipment, night fighting capability needs are being addressed through Capital Procurement Schemes. For Arty, focus is on ‘medium’isation of Guns, precision munitions, long range strike & surveillance capability. In AAD, steps have been taken to replace the old weapon system & automate the C&R system.

The Aviation fleet is being enhanced with focus on replacing old aging fleet & building combat aviation capability. The Army is laying emphasis on niche & futuristic tech infusion in the fields of AI, communication, cyber, precision weapon system, EW & DEWs. The overall focus is to develop a capable & responsive force empowered to fulfilling the mandate as laid down by the Govt.

Defstrat. Predicting future wars is difficult. However, there are enough indicators that it will be a combination of conventional and hybrid conflicts with Electronic Warfare and Cyber Warfare (EW and CW) capabilities playing a predominant role. Are we developing the requisite doctrinal clarity about these aspects and do we have the necessary wherewithal in sync with what our potential adversaries, especially the one on our northern borders?

COAS. We need multi-role force capabilities wherein conventional and sub conventional capabilities can be balanced to respond across the spectrum of conflict, with minimum restructuring and at optimum costs. We need to make a transition to ‘capability based modular and responsive structures’ based on envisaged future force application scenarios. Right sizing commensurate to ongoing modernisation is also a key imperative that impacts current and future force structures.

Defstrat. On the issue of capacity development, how is the Indian Army ensuring long term capability development and self-reliance in defence? How can we facilitate development of a credible military industrial complex within the country in the next few years?

COAS. IA in right earnest is exploring the huge potential of Make in India policy for capability development and self reliance.

♦ Raising of Army Design Bureau (ADB) is an endeavour to reach out directly to the industry and academia to tap the indigenous/home grown pool of talent & entrepreneurship capital to address the needs for tech & equipment in def manufacturing.

♦ ADB, in close coordination with MoD, has steered 28 projects under Make II route which have been accorded ‘In Principle Approval’, out of which six projects have already been accorded AoN and four are at prototype development stage. These including big ticket projects of 3rd Gen ATGM, 125mm APFSDS ammunition and Auxiliary Power Unit for T-72/T-90 tanks.

♦ Similarly, on the tech development front, ADB has steered 13 projects in Army Technology Board (ATB) which deal with niche &cutting edge tech like the Ramjet Projectile and the High Alternate Persistent Surveillance (HAPS) programme.

♦ As regards development of Military Industrial Complex, we are pursuing the following initiatives:-

Defstrat. Will abrogation of Article 370 have any impact on the Army’s deployment and operational approach in the union territories of J&K and Ladakh?

COAS. Government made certain provisions of Article 370 non-operational and enacted the Jammu and Kashmir Reorganisation Bill to create Union Territories for Ladakh and for Jammu and Kashmir. It is a constitutional step taken to accelerate the development of Jammu & Kashmir and bring about socio eco changes to ensure rights of women, poor and downtrodden. Article 370 was temporary in nature and withholding the state from investments from outside as well as equal rights to women. Since then, the Govt has focused on speedy development and grassroots governance. Initial restrictions were imposed to ensure safety of common citizen as these were inputs about terrorist org fomenting violence and create law & order sit on this emotive issue. The restrictions are being gradually removed and UT of J&K is returning to normalcy.

Defstrat. Social media platforms are increasingly becoming more a bane than a boom, becoming carriers of disinformation with direct impact on discipline and morale. How is the Army looking to check the deleterious effects of social media?

COAS. Advisories have been issued to all ranks to limit their social media usage and not to disclose official rank, place of posting, appointments etc. Regular briefings and seminars are being held at all formation levels to educate the troops about the dangers of fake news and manipulation on social media. Rebuttals and necessary information regarding the same is being regularly posted through our official social media platforms. The main issue to be emphasised is that social media menace can only be managed through education and prudence and not be eliminated completely.

Defstrat. There is a paradigm shift in the quality of intake required for the Army in case of both officers and PBOR because of socio economic factors and technological advances. This coupled with increased aspiration levels of the Army optees need deft Human Resource Management. What initiatives are we taking in this regard?

COAS. Efforts are being made to mitigate shortage of officers in Indian Army. However, keeping in view the pyramidal structure of officers’ cadre of IA, this shortage is to be mitigated by enhanced induction of SSCOs. Accordingly, a proposal to make SSC Entry more attractive is under active consideration. It is envisaged that the existing deficiency of officers would reduce once this proposal is approved by the GoI and implemented.

The following steps have been taken to make Army as an attractive option:-

(b) Interaction with Target Audience. Interaction with target audience is undertaken in which officers from Recruiting Directorate and Recruiting Organisations visit various Universities and Colleges. ‘Know your Army’ exhibitions are organised periodically to spread awareness and motivate youth to join the Indian Army.

Promotions upto the rank of Junior Commissioned Officers have been given a boost by recently implemented 3rd Cadre Review. As far as promotion from ranks to commissioned officers is concerned, adequate number of vacancies are being released consistently for In-Service entries {viz ACC, SCO &PC (SL)}.  Very recently the ‘Young Leaders Training Wing’, has been established to train/empower prospective ACC, SCO & PC (SL) candidates prior to appearing before the SSB.