Sub Title : An outline of achievements, future plans and the challenges faced by the company 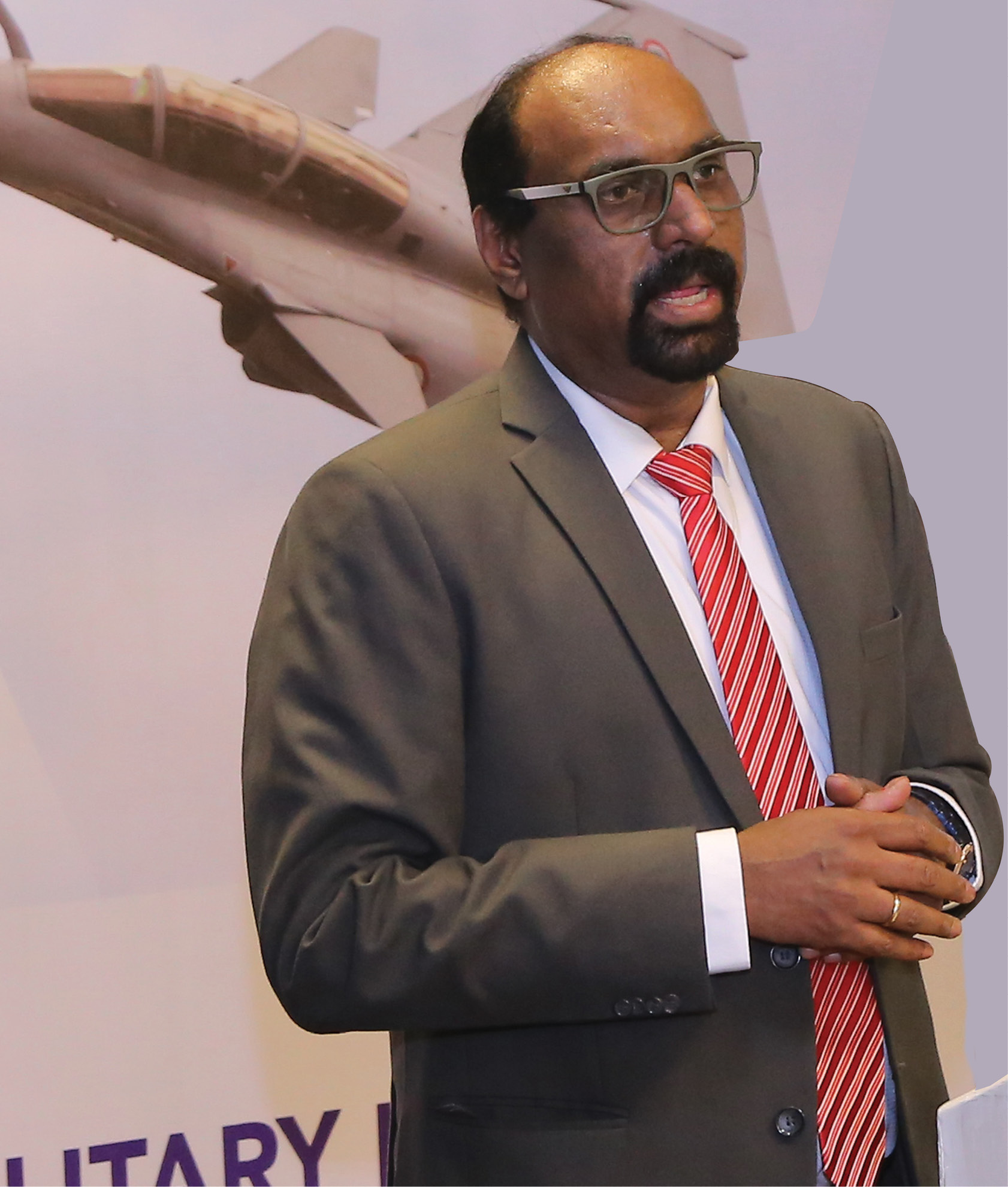 AVI-Oil is a joint venture of Indian Oil Corporation Ltd, Balmer Lawrie and Nyco of France, established for indigenous production / supply of aviation and allied high performance lubricants to the Defence Services, Civil Aviation and the Industrial sector. The company has contributed immensely to help India move towards Self Reliance in this critical field. In this interview, the CEO Mr VK Mathew outlines the achievements, future plans and the challenges faced by them

DefStrat. Avi-Oil has met the needs of the defence services in an admirable manner for over two decades since 1993. What are the major achievements as per you?

Avi-Oil was founded in 1993 as a joint venture between Indian Oil, Balmer Lawrie and Nyco, France, specifically to ensure self-reliance in the strategic area of military lubricants for the Indian defence forces to include all three services. Towards this end, we are proud to have set up the first (and probably still only) aviation lubricants plant in India. The plant, located in Faridabad, includes a blending unit for aviation oils, an ester manufacturing unit for production of synthetic base-stocks, quality assurance, filling and packaging facilities.

Avi-Oil has always laid emphasis on the quality of its products. To achieve this, we have established a modern state-of-the art laboratory for quality assurance. This lab also provides technical support to customers for evaluation and re-inspection of the products. The Quality Management System of Avi-Oil is certified to comply with the International Standards ISO 9001:2015 and SAE AS 9100:2016. This enhances the reliability of operation of the aircraft and provides confidence to the users. The company provides technical support on lubricant applications and usage and assists the defence forces on all fronts in this strategic area.

At the time of its inception, the knowledge levels within the defence forces on aviation lubricants were at best rudimentary. Avi-Oil has played a major part in disseminating its knowledge on aviation lubricants and its usage for the various aircrafts operated by the defence services. Avi-Oil was key in developing the entire ‘Lubricants Approval’ process and procedures within the existing eco-system of the defence forces and the emergence of key regulatory and approving bodies like the Centre for Military Airworthiness & Certification (CEMILAC) and Directorate General of Aeronautical Quality Assurance (DGAQA).

Avi-Oil has also set up a R&D centre where indigenous development of lubricants for specialty applications are taken up.

Today, looking back at the last quarter of a century, we can proudly say that we have been contributing significantly to the country’s quest for self-reliance by indigenizing these highly sophisticated products in this strategic area.

DefStrat. Who are the foreign partners of Avi-Oil and what are the niche technologies that Avi-Oil  has benefitted from?

Avi-Oil is a joint venture between Indian Oil, Balmer Lawrie, and Nyco, France. Nyco, France is the sole European producer of aviation lubricants and is an expert in the development of synthetic ester-base stocks.

Nyco, France provides on a continues basis the technology to produce a complete range of lubricants required for the military aircraft of Western and Russian origin. In addition, products required for civil aviation are also covered, be it the airline’s fleet or smaller aircraft operated by flying clubs etc. The technology transfer also covers expertise in production of niche high quality synthetic esters used for formulating lubricants used in a variety of industrial & automotive applications.

DefStrat. Indigenisation and self-reliance are the buzz words today. How does this apply to the oil and lubricants domain?

The raison d’etre of Avi-Oil is to cater to the lubrication needs of the defence services in India. Within this ambit, we have been manufacturing these high performance lubricants at our factory in Faridabad for the last 20 years. More than 90% of the products we supply are manufactured at our plant. These efforts have resulted not only in timely supplies of products to the defence services, but have led to several other benefits such as reduced inventory at user level, better prices, provision of technical services and documentation without which the country would have continued to rely on imports for generations to come. This would have proven to be expensive and cumbersome due to supply chain vagaries in this critical and strategic area.

Hence, we can proudly say that we have been contributing immensely to the country’s quest for indigenisation of these highly sophisticated products.

DefStrat. Given the boom in the civil aviation industry and the rapid modernization of the IAF, how has the scenario changed for Avi-Oil and how do you see the road ahead?

While there is a general boom in the aviation industry, the scenarios are vastly different in the military and the civil aviation sectors.

With the induction of so many types of new aircraft being planned and the ongoing phasing out of the aging aircrafts, the fleet of the IAF could change dramatically in the next five years. We are proactively working with concerned OEMs to get our products approved so that when these aircraft are inducted, we are also ready with their lubricants. Apart from getting our products approved for the new inductions, we also need to get these products approved by the `Centre for Military Airworthiness and Certification’ (CEMILAC) before supplying to IAF.

A hurdle we face is that under pressure from the foreign aircraft OEMs, the services are reverting back to sourcing the lubricants from their country of origin, even though the indigenous analogs have provided satisfactory services for the last couple of decades.

In the civil aviation sector India is currently the third largest market in the world. The number of aircraft in operation in India are also increasing. This opens up many opportunities for us. Although traditionally we focused on the military sector now is the ideal time to direct our attention to this sector. We already have most of the products / approvals in place. It is a question of projecting ourselves as an ideal partner for the commercial airlines with a superior customer value proposition. However, we expect this to take a little time as changing existing supply chains for commercial airlines includes high level decisions. We hope to make considerable progress in this crucial sector.

DefStrat. Many establishments in the Civil and Military sectors still import a large number of lubricants. Can Indian lubricants match foreign rivals in terms of quality and endurance?

In the military sector, the defence forces have largely indigenized their requirement of aviation lubricants and are currently being serviced by Avi-Oil. However, there are a few instances when the defence forces do import, mainly for aircraft under warranty or under specific instructions from the foreign OEM.

In the civil aviation sector however, the scenario is different with the bulk of their requirements being met by imports.

Aviation lubricants per se have to conform to the same governing specifications and approval procedures irrespective of the country in which they are produced.  There cannot be any compromise on the quality of these products. Avi-Oil has laid emphasis on these issues from day one, and today its quality assurance organization is approved by the Directorate General of Aeronautical Quality Assurance (DGAQA) and the Director General of Civil Aviation (DGCA) for the military and civil aircraft respectively.  Thus, no distinction can be made on the quality of its products vis-a-vis those of its global competitors. In addition, Avi-Oil provides other technical services and logistics support which result in several tangible and intangible benefits to the user.

DefStrat. Are there any policy matters which you feel can affect functioning and performance in the field of lubricants and oils? How can the government agencies assist you?

The Indian Government’s `Make in India’ initiative is extremely important in ensuring the self-reliance of the country in the critical area of aviation lubricants. This needs to be totally embraced by the defence forces. Any laxity on this front can be counterproductive to the initiative.

Secondly, as you know the approval and certification process for supplying indigenous products to the defence forces in India are very stringent and elaborate. However, this rigorous process is not followed in the case of imported oils and thus does not make for a level playing field.