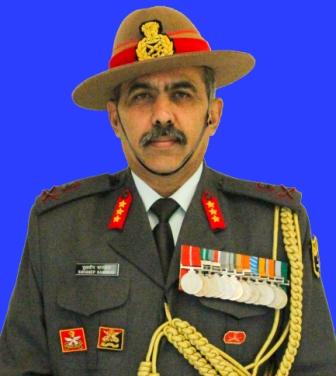 Assam Rifles – the Sentinels of the North East-raised as the ‘Cachar Levy’ in 1835 is the oldest Central Para Military Force in India. The force has rendered yeoman service in the North East, guarding the Indo Myanmar border, conducting counter insurgency operations in the hinterland and more importantly providing tremendous succour and relief to the people of the North East by providing humanitarian assistance in times of need.

We are privileged to have had the opportunity of interviewing DGAR

Defstrat :  Assam Rifles has rendered yeoman service in the North East in- spite of different types of challenges. Do you feel that the Force is suitably organized and equipped at present or are there any voids that need to be urgently addressed?

DGAR: Assam Rifles, the oldest Para-Military Force, has witnessed a paradigm shift in the op role over decades due to evolving dynamics of the North East. The challenges of extended deployment on the Indo-Myanmar Border, the sensitive and dynamic Counter Insurgency environment in the hinterland coupled with Internal Security duties and requirement to have an inherent capability to carry out conventional ops dictate the organisation, equipping and training requirements of the Force. With abrogation of Cease Fire by NSCN (K) and formation of Pan North East Umbrella Groups, the op and security dynamics have drastically changed. As such, the Force has an enviable task of maintaining peace and harmony in the region which entails maintenance of high state of op preparedness at all times. The Force has a dynamic and responsive provisioning system catering to the operational and logistics requirements. Suffice to say that the Force is well organised and suitably equipped to carry out mandated tasks effectively.

Defstrat : What are the problems faced whilst effectively trying to enforce the Free Movement Regime (FMR) along the Indo Myanmar Border and how are these being overcome? What suggestions do you have for better border management and development in the area?

Defstrat : The Union Home Ministry has held in abeyance the notification giving additional powers to Assam Rifles to arrest anyone and search a place without a warrant in Assam, Manipur, Arunachal Pradesh, Nagaland and Mizoram. How do you think this notification would have helped in conducting CI operations as well as ensuring better safety and security in the Region?

Defstrat : Assam Rifles known as the ‘Friends of the North East’ and has a magnificent Human Rights record.  What types of activities are you undertaking to help the people of the Region?

             A total of 341 students from all North Eastern States have been given an exposure to participate in National Interactive Tours all over the Country  including meeting the Hon’ble President of India.

Defstrat :  What role do you perceive the Assam Rifles can play in facilitating India’s Look East Policy?

 Ensure the sanctity of IMB.

Defstrat : There is a tremendous emphasis being placed by Assam Rifles on sports for its personnel. In addition, Assam Rifles is contributing to sports in North East region. What Steps are being taken to encourage sports amongst civil population?

Defstrat : Continual training is an imperative for any fighting force. Recent years have seen introduction of many modern training aids like simulators etc. in the Armed Forces. Assam Rifles must also be following suit. What are the modern training aids and new methodologies being introduced by the Force?

Defstrat : Though the Assam Rifles comes under the Home Ministry, operational control is exercised by the MoD, does this create a dichotomy of any kind?

DGAR : This issue is under active consideration at the highest level in the Govt & it would be too pre-mature to comment on the outcome of these parleys.

Defstrat : What are the activities that the Sentinels of the North East and the Indian Coast Guard will perform together to maintain the spirit of affiliation between the two premier services ?

DGAR: The association will have multitude of benefits:-

Defstrat : There has been dynamic evolution throughout the 185 years of glorious history of Assam Rifles. With societal changes and rapid advances in technology, the aspirations of the rank and file have also changed. What steps are being taken to provide better administration and improved amenities to the soldiers of this Force which is forever in operations?

DGAR : Assam Rifles is the premier Para Military Force of the country and is forever deployed in operations in Northeast region. The Force is guarding 1643 Kms of Indo-Myanmar Border and also carrying out Counter Insurgency/ Counter Terrorist operations in North Eastern states. Unlike regular Army or other Central Armed Police Forces, there are no peace postings for Assam Rifles soldiers. Therefore, there have been  conscious  and  concerted  efforts to  look  after  the administrative needs and welfare of Assam Rifles personnel. Various steps taken include:-

Defstrat : What is your vision for Assam Rifles in the coming years?

Defstrat: We are privileged by your providing us this wonderful insight into the Assam Rifles. Is there any message in particular that you would like to send across by the medium of our Magazine?

DGAR: Assam Rifles is the shield and sword of North East India. The citizens of North Eastern states are safe and secure from all kinds of threats from all adversaries and have reposed their faith and trust in the Force due to its unbiased and professional approach. The Force shall continue to serve the country in the fashion best expected out of us and shall remain the ‘’Sentinels of the North East’’ and    ever dependable ‘’Friends of the NE People’’