Sub Title : We need to follow a mission engineered approach for the Light Tank 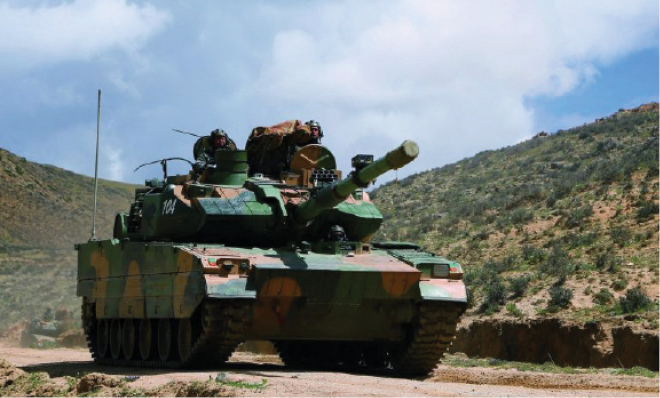 Militaries around the world are heavily investing in unmanned aerial vehicle technologies and drone warfare. These technologies are leading the evolution in airpower. Accordingly, China  is concentrating on high end military UAVs, many of which have already been exported around the globe. One system that is the flagship is the Wing Loong series of UAVs and Combat UAVS (UCAV)

The Army recently floated a RFI seeking prospective vendors to procure around 350 light tanks under the Make in India initiative. The RFI is indicative that   the planners are  seeking  a  platform that can execute operations in varying terrain conditions across diverse threat and equipment profile of the adversary. They are also looking at overseas deployment capability. As in the past , the Army appears to be looking at a one size fits all approach, a do all and end all tool developed for all contingencies. Its pursuit for  a Wunderwaffe or a  super weapon may  end up with heavy time and cost overruns and sub par  performance .

For years the Army has overlooked the fact that the current lot of tanks and ICVs that  form the core of its mechanized fleet and have been deployed at the LAC were designed for missions in Western Europe; primarily the race to the Rhine . On numerous occasions foreign know how that has come after multi billion dollar payouts has not given sustained  performance or worked “as it is“ in India. Sustained performance implies an ability to operate failure free for a specified period of time, to move uphill for  certain kilometres without a breakdown, to fire  certain number of rounds failure free This lesson has been learnt repeatedly but never corrected, because of absence of institutional memory and the tendency of commanders to play these down during their short tenures.

The Army needs to  first work on a platform for conventional, short to mid duration infantry predominant combat missions in ultra high altitudes, that is designed for reliability,  developed as an invincible  lethal ground vehicle ever deployed in high altitudes and then  evolve it for employment in plains, deserts, etc. This is because the current systems deployed at  LAC may not deliver desired combat capability when required. The light tank  needs to be engineered around some  complex  missions that a combat team may be required to perform to support infantry or to destroy enemy forces comprising armoured and motorized troops. Designing a system for high altitude warfare needs a different set of criteria as compared to other terrains. The mobility requirements are different, missiles controls could go awry, and  modern electronic systems  could behave erratically. The adversary  over the years has acquired substantial warfighting capabilities spanning   multiple  domains   such as  time, mission, space, cyber, electro magnetic spectrum(EMS), NBC  with employment of disruptive technologies and techniques. A weapon system has to be specially  designed against such a threat and fortified against  both kinetic and non kinetic attacks to survive and deliver equipment capability.

Realizing the importance of equipment capability, the  PLA has fielded  systems specifically engineered for combat at the LAC. Two of the most talked about systems are Type 15 light tank and ZBL 09 wheeled light tank . Type 15  with its derated  power to weight ratio of over 20 in areas like Depsang and Demchok will  prove to be more agile than the medium tanks deployed .

It is therefore important that the Army commences development by  firming  up  the mission capability i.e. performance it expects from the light tank in mountains and high altitudes areas (HAA). A look at    light tanks available world over   indicates that these were developed for specific missions as relevant to these countries. Most are  grossly under powered for high altitudes, lack  survivability or are  armed with a primary armament  fast approaching obsolescence. Even with band aid measures to meet the RFP requirements, none may  be a match to  PLA`s platforms  and other technological countermeasures. Let us analyse  the key criteria around which the light tank needs to be developed for deployment in mountains, which may not be similar to those essential for  deserts, plains or built up areas.

The fundamental issue for any platform remains performance, which is directly linked to survivability, which in turn is the outcome  of protection, mobility and firepower.  It may be better to replace mobility with agility, which is the net sum of  physical mobility and  battle field  awareness  of the crew. Agility  is the capacity to respond quickly, effectively, and efficiently to a wide variety of unpredictable demands.  The Army may be looking for an universal solution but  different types of combat operations  put different demands on combat vehicles, particularly from the survivability angle; the type of weapons that may be fired at the vehicle and the direction from which these strike the vehicle. Let us evaluate these characteristics as applicable to HAA.

It is time the country establishes a full spectrum capability to design and develop complex  platforms for land systems. Sub systems and components may be procured from abroad initially but the system design capability has to be indigenous. This becomes important strategically , because soldiers can then be assured that the weapons on which they depend for warfighting will always be available in a highly reliable state and that no specifications will get compromised ,which could enable the adversary to develop counter measures. Currently such a knowledge base is only available with DRDO, which needs to be consolidated through partnerships with the private sector with the aim of creating a world class design capability in combat vehicles. The light tank programme can be a forerunner to  achieving  this capability under  Atmanirbhar Bharat. Any attempts to buy and manufacture using the technology transfer route will effectively kill the indigenous knowledge cache built by  DRDO over the years. A great attention will have to be paid by DRDO to system maturity and system readiness requirements unlike the Arjun development.

The QR  of the light tank need to be firmed up based on a mission engineering exercise, lessons learnt during the current deployment and 1962 war. Moreover, with the threat across the LAC becoming  multi  domain, a creative performance centric approach is called for. Future wars in mountains will be fought from a distance, rarely  hand-to-hand. Electronic systems, precision weapons, and communication capabilities will change the employment of forces. It needs to be taken for granted that the light tank will have to operate in a contested EMS  and hence  should be able to shoot and communicate in such a scenario. Measures like electronic spoofing and electro optic protection need to be considered. However, from the RFI, it is evident that as in the past,  the focus is on attributes and not capabilities.

QR need to be  based on mission capability needed on ground. It would be useful to adopt a  layered and incremental development strategy. Level 1 should include QR  that have to be provided  in the first prototype and are vital for combat effectiveness against the PLA. Level  2 could include QR that need to be included in the first prototype though not in a fully mature  state. Level 3 could include  QR that are more relevant for operations in deserts, plains, islands, etc. Realistic and achievable operational requirements along with  a collaborative approach between public and private sector could lead to  a shorter development timeline that  allows for the fielding of an effective system in about  three to four years as against the normal period of over seven years.

It is a common saying that tracks are for deserts and wheels are for mountains. Mountains offer very limited trafficability for tracks, which  can disrupt lines of communications if immobilized on passes and narrow stretches. A wheeled combat vehicle (WCV) can be easily pulled aside to clear the route . WCVs are superior for missions that require  tactical moves involving more than 70% road moves and limited off road moves as in mountains. Tracks get dislodged easily , are difficult to repair and have shorter life. If a track gets blown off by enemy action the tracked vehicle  is immobilized, however WCVs can still travel 40-50 kms. WCVs are capable of self deploying over long distances and the crew arrives in the operational areas relatively less fatigued.

Therefore, it  would be prudent to develop  the light tank  in two versions; a wheeled tank destroyer cum bunker burster  and a tracked platform, to increase the bandwidth of employment i.e. in Sikkim and  north east. If tank and fortification destroying weapons can be mounted on a low cost platform and fielded in large numbers, the quantitative advantage of the adversary in hardware can be offset. The wheeled tank  can be employed to  destroy enemy armour and combat vehicles from vantage points and also provide direct fire support to infantry. It needs to be light weight and  modular so that it can be transported  and assembled anywhere on those icy slopes. One needs to revisit the infantry assault  on  Zojila pass  in Nov 1948 and the innovative work of EME that enabled use of Stuart tanks in direct firing role.   Being simpler in design,  the tank destroyer can be engineered for  high reliability and enduring duty cycles .

It is time that the Army focusses on developing home grown  systems to meet the  peculiar operational tempos of mountain warfare . For long it has relied on acquiring and fielding imported systems not engineered for combat in such difficult terrains, often extracting sub optimal performance, resulting in large casualties. Non availability of  AMX light tanks resulted in massive loss of lives at Rezangla in 1962 and absence of direct fire support constrained the infantry to suffer heavy losses  during Kargil.  It is time the gallant Indian soldier and junior combat leaders are provided with bespoke weapons that do not encounter barrel burst, malfunctions or  gasp for oxygen while operating in ultra high altitudes. Instead, these should provide an  aura of invincibility  to  launch composite responses on the adversary. The Merkava and  Iron Dome are outstanding examples of combat systems engineered for performance.