Naval Transformation: From Casting and Forging to 3D Printing

Sub Title : The use of 3D printers in naval construction and manufacturing is gaining momentum 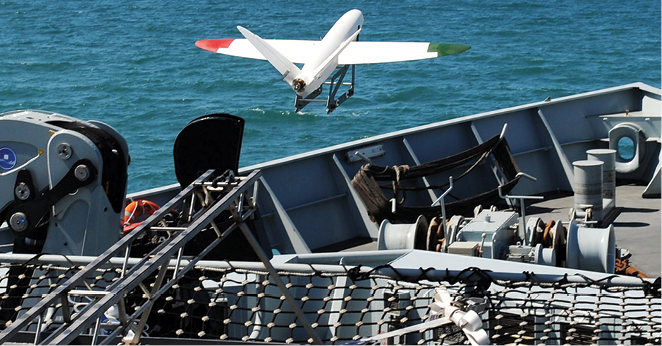 Transformation has been the feature of naval warfare and navies have adapted to changing nature of technological advancements which ride the wave of ‘obsolescence’, ‘current’ and the ‘future’. Some technologies have short shelf life and become obsolescent very quickly and are forgotten; while others continue for decades before they too become part of the older lexicon and use. In current times, Fourth Industrial Revolution 4.0 or 4IR technologies (Artificial Intelligence, Big Data, Quantum Communications, Additive Manufacturing etc.) are fast finding reference and use by the navies across the globe. The term 4IR has its genesis in the high-tech strategy of the German government presented at the 2012 Hannover Fair by Siegfried Dais (Robert Bosch GmbH) and Henning Kagermann (Acatech).

What is 3D Printing?

Additive Manufacturing also referred as 3D printing, is a technique of using traditional materials such as metals, plastics, polymers, ceramics and other derivatives to make three dimensional solid objects using a digital file of the design. This involves a process similar to

brick-laying in which an object is created by piling up layers of material on top until the object is created. When seen from the horizontal cross-section, the object would have thinly sliced layers. The hollow objects are created by using subtractive manufacturing which involves leaving out the hollow portion and filling up the rest of the object with the material in thin layers one on top of the other. It is possible to produce intricate and complex objects of complex geometry, shape, contour and mold with cavities hitherto involving traditional manufacturing methods by using the cast and forging process. These had several limitations in terms of type of materials, temperature, difficulties of handling hazardous and dangerous materials, and above all material waste and time losses.

From Gaskets to Propellers

Among the many uses of 3D printing, the most common is manufacturing machinery parts and equipment to support various industries such as the automotive and aerospace. According to a survey of manufacturers of printers, in 2014 the market share for printer sales in the industrial sector was 12 per cent for aerospace and 5 percent for the maritime sector. The maritime industry is fast exploring the use of 3D printing technology to build, repair and maintain ships and platforms.

It was a common practice in the shipbuilding industry to first build wooden or metal mock-up models of ships or platforms to enable modifications in design to prevent loss of time and prevent alterations which involve expensive rework. In this context, 3D printing eliminates human errors from interpretation of drawings and descriptions. The 3D printers have already proven in the production of auxiliary components particularly spare parts for pumps, valves, heat exchangers, engines, propellers and catalysers.

The spare parts are produced to ensure timely supply as also to ensure ‘supply on demand’. The printers can also be closely integrated with Machine Learning technology for preventive maintenance. This helps to identify, analyze and monitor real-time status of machinery enabling it to determine the remaining life of a specific part or piece of equipment thus signal system failures before they happen as also when it is time to replace a part and prevent downtime for machinery.

In the maritime domain, ships, boats and offshore platforms are exposed to long periods of exposure to sea water, wind, weather and operational fair wear and tear, and many parts or equipment require replacement. These parts vary in size as also quantity presenting challenges in terms of their storage on board, ready availability and costs. Many companies and businesses have now chosen to install 3D printers’ on board ships and platforms to prevent interruption and disruption.

Several shipyards have begun to use 3D printers which can potentially cut down costs and delivery time and upend efficiency. For instance, the Naval Undersea Warfare Center-Keyport used additive manufacturing to create a supply of replacement parts to keep the Fleet ready. The US Navy’s ‘Print the Fleet’ project under the CNO’s Rapid Innovation Cell installed a 3D printer aboard USS Essex, demonstrating the ability to develop and print a variety of shipboard items, from oil reservoir caps and deck drain covers to training aids and tools. In 2018, a fully certified marine propeller called Waampeller, measuring 1.3 meters across and 180 kilograms weight, was produced using AM and installed on a tug successfully.

The US Navy recently showcased a 3D-printed submarine hull modeled similar to the manned SEAL Delivery Vehicle (SDV). It is 30 feet long and its six composite sections are made of carbon fiber. The vessel was constructed in four weeks and the process cut production costs by 90 per cent. The vessel will undergo wave pool testing at the testing facility in Maryland. According to an expert, “Because the cost of manufacturing a typical submarine hull is usually between $600,000 and $800,000 with building taking around 3 to 5 months to complete, it is expected that 3D printing will help to reduce these costs by 90%! With this latest endeavor, we are sure to see bigger and greater things for the U.S. military soon!” Though ambitious, fleet-capable prototypes could be available as early as 2019.

3D printed technologies are being harnessed to produce onboard defence systems like unmanned eel-like vessels armed with weapons, 3D printed micro-drones for reconnaissance and data-gathering or vehicle escort missions. These technologies require 3D printing technology to create shapes that may not be previously possible. Further, according to the Global Marine Technology Trends 2030 report, the British Navy is also exploring building 3D-printed unmanned surface and underwater vessels. These 15- meters craft would be built using layers of metal, plastic powder or graphene and would permit cheaper and quicker production.

According to the Office of Naval Research (ONR), the US Navy is using AM to “produce small quantities of out-of-production or long lead-time metallic components.” For instance, 3D printing was used in the restoration of a communication antenna to ensure continuity in combat operations. The Scan-to-CAD-to-Fab method was used to obtain the antenna geometry and 3D printers produced the equipment.

Although 3D technology is moving at a rapid pace, there are misgivings about products manufactured by using this technology. But, there are forceful arguments in support of 3D printed objects, and according to an expert, “We’re still paving the road because the Navy, rightfully so, has to pay a lot of attention to the reliability of the parts, safety of their sailors and operability of their ships…So, the technical work that we’ve done over the last, really, four years is all aligned toward making the Navy comfortable with the parts that are going on their ships.”

Similarly, the French Navy is currently experimenting an embedded additive manufacturing process. In 2018, the French Naval Group along with and its partner AvenAoProdways Group are experimenting 3D printer onboard the “Jeanne d’Arc” as part of the Operations Maintenance Engineering (MCO) activities to “better understand the needs of the board and to experiment with remote 3D printing of operational equipment.” They are also providing training to the crew in computer-aided design tool (CAD) print parts using the 3D printer. The crew can also seek online assistance.

It is fair to say that 3D printing is a recent phenomenon but few success stories from shipyards merit attention. For instance, Innovation Quarters, Havenbedrijf Rotterdam, RDM Makerspace and AEGIR-Marine is a consortium of 27 marine related companies have established a project called ‘3D Printing of Maritime Spare Parts’; China Shipbuilding Industry Corporation (CSIC) announced use of 3D printing technology and are likely to set up material manufacturing base in Kunming and a prototype technology centre in Yunnan province; South Korea’s Ministry of Trade, Industry and Energy has decided to invest US$ 20 million over five years (2017-2022) to research into 3D printing and 3D manufacturing of ships and offshore equipment; 3D Scanning AS, a subsidiary of The Maritime Group of Norway has a partnership with 3Discovered of Chicago, a leading industrial 3D printing services platform, to supply 3D printed parts to its cruise/maritime ship repair and retrofit service business; and 3D Matters in Singapore is a longtime established Additive Manufacturers entity and is helping clients enter and grow their 3D printing needs.

3D printing technology is still evolving in the maritime sector but it has a bright and profitable future. The use of 3D printers in naval construction and manufacturing has already made a promising debut. Its use onboard ships for manufacturing spare parts and construction of large platforms ashore are gaining momentum. Going by the current trends, 3D printing technology would be the future of naval architecture, shipbuilding, engineering and manufacturing.