Sub Title : Leveraging internal strengths and a sense of the national mission 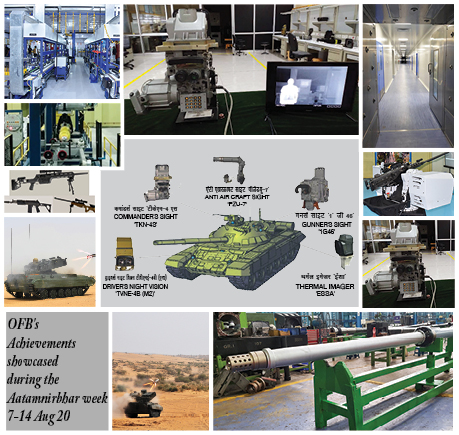 Atmanirbharata, today is neither merely import substitution nor isolationist autarky. Atmanirbharata is about resilience, leveraging internal strengths and a sense of national mission. It is as much about decentralized localism as it is about active participation in global supply chains.

The Ordnance Factories have been committed to indigenisation since their inception. The Director of Ordnance Factories in British India was tasked with: “Keeping in touch with private manufacture in India, in order to maximise the use of local produce so as to avoid unnecessary import”.

This entrenched tradition of indigenization coupled with a strong R&D base has led to an impressive overall indigenous content of 90% in the products of the Ordnance Factories and 97% in ammunition items.