Sub Title : India has been behind in the race for manpower optimization and greater technicalization. The ongoing threats of a hybrid nature with potential for conventional war as sudden outcome, functioning with a comfort level of conventional force structures of a bygone era and not being able to convince the government about the need for Transformation, have hampered the optimization we seek today. It is time to move in this direction 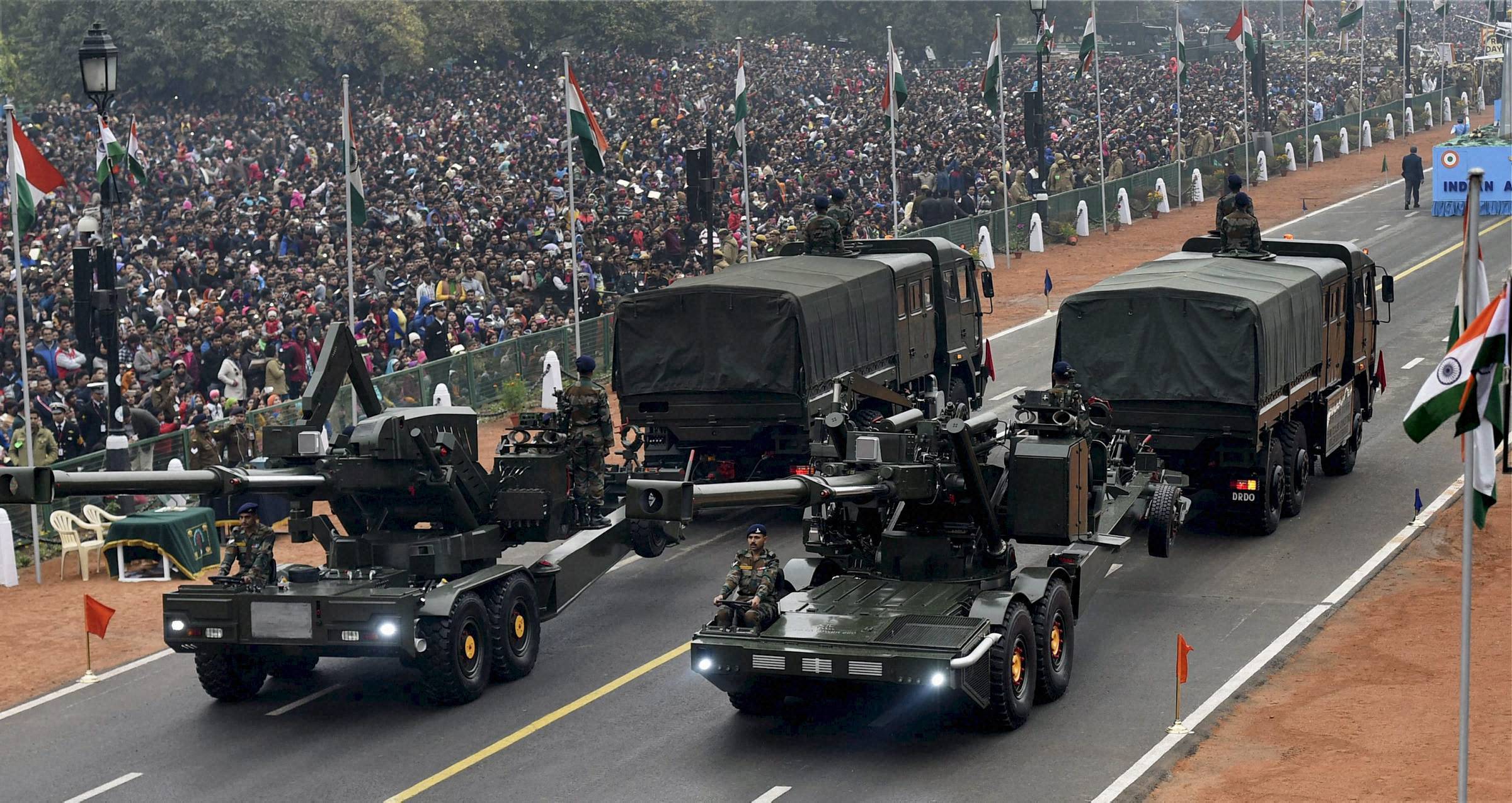 As the world is threatened with widespread paralysis, we must continue to remain focused on many other challenges in life beyond the current lockdowns. It’s a good time to flag issues which are spoken about quietly in drawing room conversations. Interestingly in the mixed gatherings of serving personnel and service veterans, or those of veterans alone it is not always issues connected to ‘hygiene factors’ such as pay, pension or post retirement security but also many facets of what is happening in the Armed Forces. It’s difficult to take the soldier out of these veterans. Many people who have worn the uniform and had extensive experience in an area of their expertise continue to gather knowledge and acquire even better faculties for analysis.

One of the issues under discussion is the latest announcement in the media that the Indian Army is now the largest standing force in the world in terms of manpower; that is with the PLA having taken major manpower cuts. The PLA has of course focused upon technology, in particular in the domains of robotics, missilery, cyber and information. It was one of the first forces to undertake a Transformation of sorts which lasted almost 20-30 years. The question being asked off me often relates to why India has not similarly endeavoured to have manpower cuts and go in for technology as alternative. That is a fair question and my response must commence with a basic assumption; nations structure their armed forces based on perceived threats. I would go a step further and add that the nature of terrain along our borders also dictates force structures. A major factor in the tailoring of such structures is also the availability of indigenous technology, R&D, scientific temper, strategic culture and budget support.

India’s spectrum of security threats is as diverse as the terrain of its borders. The western borders (from J&K to Gujarat) have a mix of high mountains, hills, riverine, plains and desert conditions. Conventional wars have been fought several times and the feasibility of yet another round remains plausible. War aims of the enemy are all about taking advantage of  multiple threats on the western, northern and eastern fronts, and using these to split our capability, capture prime territory and attempt to destroy our forces; that of course is just intent. On its own Pakistan wishes to deter us from any offensive through the maintenance of a strong conventional force backed by tactical nuclear weapons with projected redlines for their usage. Thus, unless India has a massive advantage of technology it will need to remain rooted to conventional capability to deter Pakistan; that deterrence is incapable of preventing low level hybrid threats. Conventional forces on the Western front can be sizably reduced if there is sufficient state of the art strike capability in the domain of missiles, cyber and armed drones. The superiority has to be distinct to which Pakistan must be forced to respond in kind by attempting to ramp up its capability with resultant negative effects on its economy. It would be akin to India initiating a hybrid conflict with the economic domain at the core. Once such a capability has been achieved or nearly achieved, we can afford to reduce manpower linked to conventional forces. Tanks and guns require manpower for fighting and maintenance. With the proxy hybrid war model Pakistan chose to adopt to engage us since 1989 there was little scope to reduce intensive manpower requirements, with a raging militancy on the nation’s head. The inability to get armed police to enhance its levels of efficiency to handle this on their own also contributed towards the need for greater manpower orientation.

Two instances of attempted manpower rationalization come to mind. First was the maiden and very honest effort to downsize the Army by a cut of 50,000 undertaken in 1998 by General Ved Malik. Unfortunately, that got reversed due to Kargil. A second and very ardent effort was made by the Army in the period 2004-11. A great deal of focus was on Transformation through a very detailed study which if implemented and supported by budget would have resulted by today in a higher level of modernisation with technology infusion and perhaps enabled desired manpower cuts. Without such preparation over a period just progressing artificial cuts in manpower only hampers the efficiency of a well-structured force. In the absence of the government’s support for Transformation in the first decade of the millennium, at a time when affordability was still high, India lost a chance of creating the conditions for realistic manpower rationalisation which would have been the automatic outcome.

The question why China’s PLA could ensure this and the Indian Army could not demand a brief explanation too. It commences from Chairman Deng Xiao Ping’s clear doctrine which was the core of China’s modernization. The defence sector was given the last priority in the four modernizations with higher status going to agriculture, technical education and industry. China worked on a principle of stable borders without provocations from 1980 onwards for almost thirty years. In 1993, after a deep study of the First Gulf War it adopted ‘war under informationized conditions’ and by 2003 came out with ‘three strategies’ as the leading doctrine. The doctrine of ‘three strategies’ was based upon non kinetic warfare – cyber, media and legal. In this period China remained non provocative in its border and maritime security domains giving itself time to develop technology and demonstrate it. Unlike India which remained rooted in thirty years of proxy hybrid war with potential of a conventional war always hanging as a threat, China worked towards altering its threats, befriending Russia and resolving its border disputes with many of its neighbours; notably India and Bhutan were two countries with whom this did not happen. Thus, China could undertake the right sizing of the PLA from a comfort level of having prepared itself sufficiently to cater to existing threats as it travelled towards the terminal status it sought.

Our Northern and Eastern borders with China remained in a state of neglect for many years. As attention started to focus on them sometime during the stewardship of George Fernandes as Defence Minister the emphasis was first on infrastructure, an effort which continues to the day. As China ramped up its capability to mobilize in a fraction of the time it used to take 30-40 years ago India started to raise formations to fill existing voids in its defensive layout; this was during the 11th Five Year Plan. To achieve dissuasion with limited offensive capability the Mountain Strike Corps (MSC) became a major issue of discussion in the 12th Five Year Plan. Many analysts argue that its budget for raising could well have been better utilized for ramping up the technological capability and filling voids in equipment rather than expending on manpower and unwieldy sized formations. The MSC was subsequently shelved mid-way for other alternatives.

The above should explain why India has been behind in the race for manpower optimization and greater technicalization. In summary, ongoing threats of a hybrid nature with potential for conventional war as sudden outcome, the deployment of major resources on infrastructure, functioning with a comfort level of conventional force structures of a bygone era and very importantly not being able to convince the government about the need for Transformation, have all cost us delay in the optimization we seek today. The current Indian Army leadership has been bold in undertaking innovations and needs to be credited for breaking out of threat based mindsets which have bedevilled our thinking for long. Combined with the Prime Minister’s Make in India concept which will probably grow at a faster rate hereafter and some risk taking on the part of the government regarding the interim need to ward off threats, a technology based force structure will still take many years to emerge. So be it, at least the hesitation to change and the fear of the interim has been overcome. The only warning the leadership must heed is that untested force structures and doctrines will probably delay the final outcome much more than if the same are comprehensively tested in different terrain under varying threats. I am tempted to recall that many of the recommendations of Experts Committee of 1974-75 under Lt Gen (later General) Krishna Rao with Maj Gen (later Lt Gen) K Sundarji as a member took the better part of 12 years to implement. They did not get outmoded and many of the force structures and organizations remain functioning to the day.

I hurry to add a postscript. We need to be realistic hereafter that the economic downturn due to the Covid 19 phenomenon may put in deep freeze many plans for modernization and new acquisitions. I foresee a period where major changes in the offing may have to be postponed. Much will depend on the hit that the national economy takes due to this disaster.