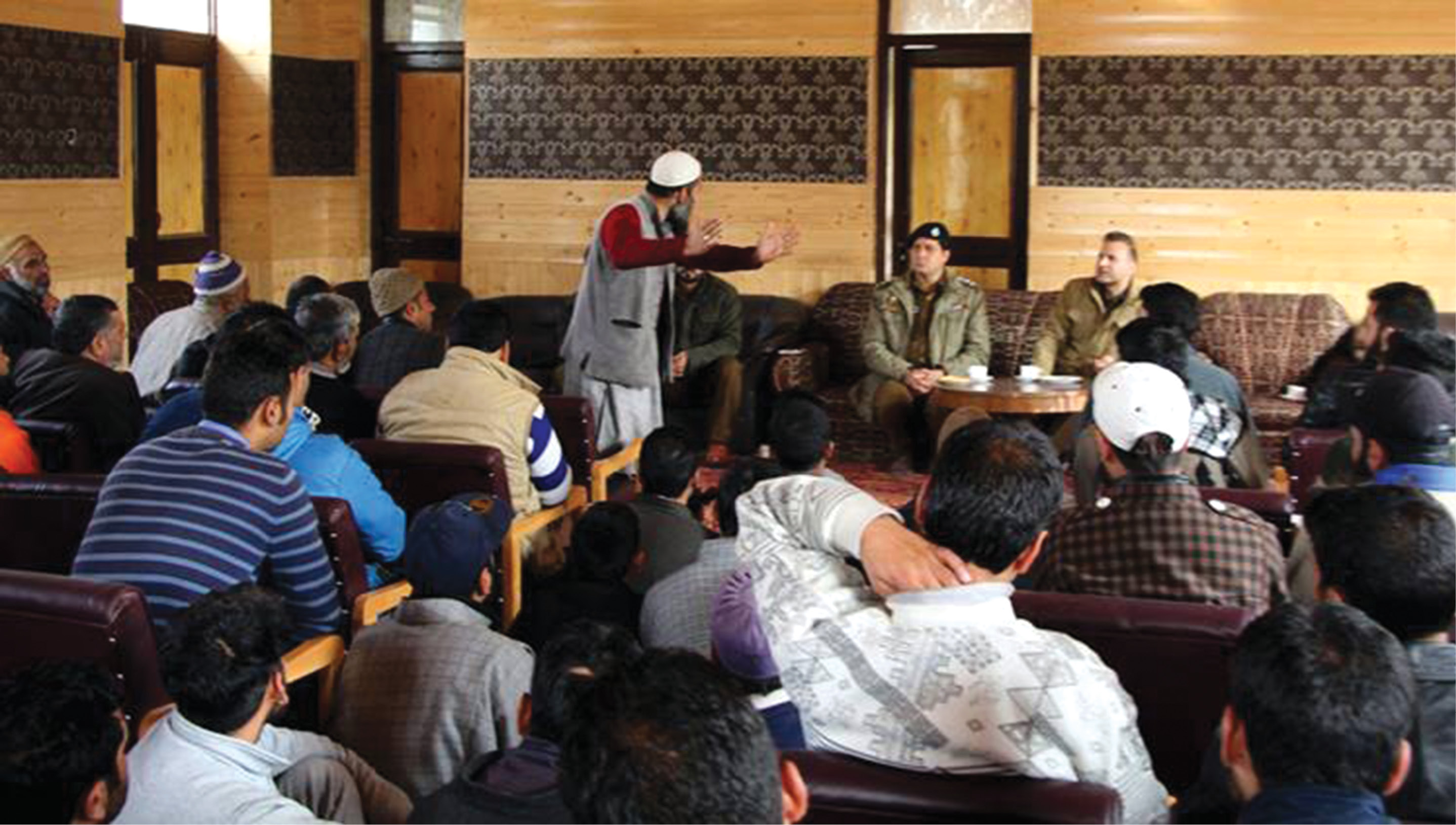 When Pakistan chose to launch a hybrid proxy war, in Kashmir, employing terror, the then extant faith of the 7 million people living there was tolerant Sufi Islam, which Pakistan’s planners viewed as an obstacle to the achievement of their aim. Hence, they resorted to radicalisation to make people veer to their ideology. The article examines issues related to radicalisation and brings out why the Indian Army has  been raising the need for a de-radicalisation system

What’s in a word? That is what a lot of people were asking when General Bipin Rawat, the newly appointed CDS mentioned the existence of  de-radicalisation  camps in India in his response to a question from the anchor in an on stage discussion during the recently concluded Raisina Dialogue at Delhi. The CDS spoke of the threat of ideological radicalisation in Kashmir and the necessity of de-radicalisation to prevent young 11-12 year olds becoming pawns for stone throwing at the security forces in the street turbulence that has characterised Kashmir for some years. He went on to state that India had de-radicalisation camps to intern those afflicted by radical ideology. It threw up a huge controversy primarily due to a perception problem, lack of knowledge about the terms radicalisation and de-radicalisation and perhaps a bit of colloquialism that the CDS used in his choice of words. Some baiters of the Indian Army also used the opportunity to attack the CDS for speaking on the subject at all, which according to them falls outside the ambit of the military in India. All this needs clarification because radicalisation and de-radicalisation are terms often used loosely in India without fully comprehending their linkage with national security.

Addressing first the scope or legitimacy of the applicability of the terms to the military, it must be appreciated that in today’s hybrid wars which are proxy in nature terrorism forms a part of the super ecosystem which drives such wars. Although terrorism has yet to be defined even by the United Nations it is clear that the ’employment of unbridled violence without qualms about the choice of targets’ is the nearest definition. The term ‘violent extremism’ is often used to describe this with the word ‘extremism’ alluding to two aspects – no limitations on the nature and extent of violence and similarly no restriction on the exclusivist nature of ideology which bands a single line of thinking together with no scope for deviation. This can be better explained by simply taking the example of followers of an ideology or faith who perceive a divine right to exist with exclusion of all others unless they too join their club, with further belief that they have the right to employ violence to eliminate all others or coerce them to adhere to their ideology. Although there also exist political radicals who employ violent extremism, their adherence could be to achieve dominance, or some given political ideological goals. This could be with a marginally lower form of violent extremism. The intent of achieving Caliphate, a key goal of the Islamic State (IS), along with the usage of most dastardly form of coercive violence is an example of one extreme.

In Kashmir of 1989, when Pakistan chose to launch a hybrid proxy war employing terror, it should be known that the then extant faith of the 7 million people was the benign and much more tolerant Sufi Islam which Pakistan’s planners viewed as an obstacle to the achievement of their aim. Sufism  was more closely aligned to India’s syncretic system of tolerance and acceptance of faiths. If Kashmir had to be torn away from Indian hold then its people had to be aligned with an ideology which linked them closely to their own faith existing in Pakistan. Pakistan was itself seeking greater political and ideological say in the Islamic world through a proliferating relationship with Saudi Arabia, the core centre of the obscurantist Wahabi Islam. Linking Kashmir to Pakistan and thence to Saudi Arabia through such an obscurantist ideology would play to the ambitions of the Saudi clergy which had a hold over the Royal Family ever since 1979 when the Iranian Revolution and the renegade Ikhwans had taken over the Grand Mosque in Mecca. That in turn would assist Pakistan in the achievement of its aim.

Through the Nineties and the first ten years of the 2000s Pakistan followed a focused but below the radar campaign to convert the future generations of Kashmir to the emerging radical ideology that it was also cultivating within. This continued until a blowback within Pakistan forced it to change tack within. It then started to adopt de-radicalisation programs but its policy towards Kashmir did not change. In Kashmir none really knew what was happening. The Indian security system was oblivious about the potential that religious radicalism held of driving the ecosystem which created local terrorists, supported foreign radical terrorists and garnered support of a segment of the local population whose ideological orientation could be changed. This does not mean that every Kashmiri became religiously radicalised but the anathema against India and its security forces increased greatly.

The Indian Army led efforts of counter terrorism addressed the military domain of eliminating terrorists, foreign and local. However, to break the ecosystem which generates and regenerates terrorists and over ground workers it needed to do more in other domains. Among this was the necessity to neutralise the radicalisation efforts  of Pakistan including de-radicalisation of those already deep in the throes of radical belief. Agreeably this is not the responsibility of the Indian Army. Specialist organisations with academics, psychologists, members of moderate clergy and social scientists are required for it. In the absence of these, it is the Army which has mostly been raising the dire necessity for such a system. To its credit India, although late in rising to it, has adopted a professional approach through deep study and instituted mechanisms especially after the attempted  IS footprint manifested and was seen to emerge in India too, although none too successfully. Many international models were studied including a very interesting one from Singapore which harnesses the services of internet savvy members of the clergy (called Internet Imams) to impart religious instruction and respond to many online queries on religion. Vivekanand International Foundation (VIF) of which I am a Distinguished Fellow has in recent years held three international conferences on de-radicalisation and counter radicalisation.

Thus the CDS was not wrong in his inclusion of radicalisation as a socio-military threat and was well within his right to speak and discuss it in a public forum. However, for some reason the mention of de-radicalisation camps throws up the perception of Chinese detention camps for the Uyghur Muslims of Xinjiang where efforts to exterminate various aspects of Islamic belief are rife. Those can hardly be in line with India’s democratic and secular credentials. There do not exist any such camps in India. What does exist is a de-radicalisation and counter radicalisation program which is progressively refining itself. It includes the counselling of affected youth, parents, siblings, police, social scientists and even members of the clergy. It is non-coercive and follows all principles of human rights. Hearing all this would have been music to the ears of the avid India watchers attending the Raisina Dialogue. I do  hope it’s now clear to our readers what the difference is between de-radicalisation camps and a de-radicalisation system.