Sub Title : We should be Proud of the Ladakh Warriors 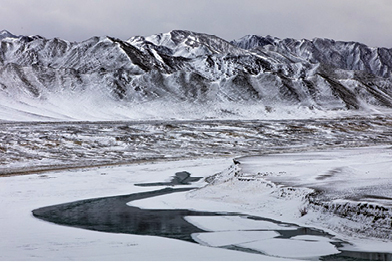 The Sino Indian faceoff at the LAC continues unabated. As the Indian Army shapes to firm in for the winter a herculean effort is underway to sustain troops and equipment, inducted as a consequence of the standoff. The article briefly covers this aspect as also touches upon the need to carefully deliberate potential scenarios in 2021

With the difficult and challenging times that our Armed Forces face this Scholar Warrior column must commence with compliments to all personnel in uniform serving in Ladakh at this time. It is a fantastic effort which is going on there by the Indian Army and the Indian Air Force and no doubt by personnel of the ITBP and the BRO. War or no war, the kind of work which has gone into the induction of additional troops and   preparation to sustain them in winter is actually something that many Services and management institutions need to study to create even better and more refined models for the future. I speak regularly to many corporate houses on National Security and leadership related issues but none ever ask me to speak on the Army’s operational logistics; they actually have no idea what it takes to get 30000 additional men to a high altitude battlefield with full combat loads, sustain them there in a winter which threatens -35 degree temperatures and where habitat has to be created from scratch. The news that people in India hear is all from the battle front at Pangong Tso and Galwan. To keep those men and their machines in place, feed and maintain them, besides ensuring the highest morale at all times, it takes a stupendous effort on the part of many people in the chain none of whom are anywhere near Pangong Tso.

Education in operational logistics starts at the Defence Services Staff College, Wellington, a premier training institution of the three Services. This is where the foundation is laid for the officers who at different times handle operations or operational logistics on staff. There is no taking away credit from the officers and men of the Army Service Corps (ASC), Army Ordnance Corps (AOC) and the Corps of Electrical & Mechanical Engineers (EME) who are tasked by the operational logistics staff based on appreciation of the operational situation, calculations of stocks needed, their availability and the best available means of transportation. The deep set professionalism of these three services involves many hours of sustained effort in liaison, procurement, accounting, packaging, transportation, and delivery of the right quantum to the right people at the right place; the EME of course ensures that all that equipment keeps running.    Ladakh is one of the rare sectors in the mountains which can become a battlefield involving every Arm or Service. Mountains are usually considered the Infantryman’s domain in terms of operations but you have as much Armour and Mechanized Infantry to keep control of the wide valleys and plains often encountered here. There is a plethora of Artillery and Air Defence and their role in the high intensity environment is the force multiplication effect thus enhancing lethality. The Corps of Signals responsible for communications has a major role cut out with line, radio and satellite communication involving voice and data. Cyber threats multiply hugely when facing the PLA. The task of the Corps of Engineers will not get over in a hurry this winter while the pilots of the Army Aviation Corps will find a second Siachen for them on a different flank. The single base hospital at Leh would have been substantially reinforced with additional resources because war or no war the presence of such large number of troops deployed in challenging terrain under equally challenging temperatures would probably see an increase in morbidity rates. It is truly an All Arms and Services effort with the Indian Air Force in tandem delivering what is needed to meet operational necessity.

There seem to be some doubts and apprehensions about the manner in which the military leadership has handled the Ladakh situation thus far. Much against this and being familiar with the ground and the nature of threat, I actually wish to compliment the leadership. I strongly believe that for long there has been a degree of nebulousness about how we would deal with China. I credit General Bikram Singh for taking the focus to the Northern borders but the time since then has been insufficient and J&K has kept us embroiled. Thus, even with early warning indicators of PLA’s build up and efforts towards transgressions which had become a sort of practice each summer, it would always be a difficult call to respond more robustly. This is something which invariably happens when the political leadership, bureaucracy and the military have never had occasion to wargame potential situations for clarity of decision making in contingencies. It is something that General Sundarji tried to inculcate in the system with his Brasstacks series of exercises in which he managed to cajole the political leadership and others to take part in national level discussions involving border security. In the current situation no doubt the nation was in the throes of a pandemic when the Chinese commenced their moves (the choice of timing was of course deliberate) and Galwan happened as a spin off event. However, the response since then has been phenomenal whether it is the buildup, the logistics or the 29-30 Aug operation which has produced the required balancing effect. There has been much criticism and demand for greater and quicker response on the ground by different analysts but I feel happy that neither the military leadership came under pressure nor did it put the same on the political leadership. It took decisions at the right time and has acquired the necessary leverage with its sense of deliberation and patience. There is no permanent loss of territory on the ground and LAC operations have to be viewed differently in terms of a longer continuum of operational activity. There is no doubt we wanted to avoid a situation of the LAC becoming a LoC, even in some hot spots because that is expensive in every way. It also creates the conditions for triggers which could lead to flare ups. However, it is for no fault of the military leadership that the situation has come to be such. Clearly the PLA came with an unclear aim which it hoped would probably evolve and get clear as things built up. However, with no clarity in the geopolitical environment or a clear line regarding the end of the pandemic the PLA has probably decided to hold on and await the next summer creating a first ever such operational situation. In such an environment of uncertainty the Indian Government’s decision not to be transparent about the exact ground situation is well justified. It is quite different from Kargil 1999 when the decision to restore the position on the LoC was taken and there was no departure from that.

If Nov 2020 passes and there is no move towards hostilities then the period from Dec 2020 to Apr 2021 must be usefully spent by many military and civil organisations in rest of India. I would recommend that HQ ARTRAC with Army War College should take up the challenge for deep study of potential scenarios of 2021 and present them before select committees set up by the government. It is not just the CCS which needs to be fully familiar with the situation. A war game for the senior most leadership could be set up too. The various HQ in Ladakh could identify some tactical issues for more inputs by experienced officers in different institutions. There must also be readiness for the two front situation at all times without causing unnecessary panic.