Sub Title : The success can be attributed to resolute decision making by the higher leadership and meticulous execution 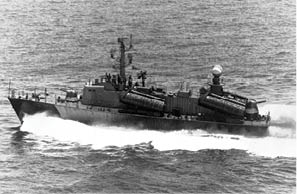 The Indian Navy played a stellar role during the 1971 War. The success can largely be attributed to astute thinking  and resolute decision making by the higher leadership  of the Navy and meticulous execution at the tactical levels by officers and sailors. Naval operations, in our context, have a somewhat  nebulous drift in the overall narrative as they are fairly removed from the imagination of the masses. The article endeavours to correct that anomaly

The 1971  Indo-Pak war was an epochal event. A new country – Bangladesh- came into being and Pakistan was cut to size. Speaking at a webinar on “1971 War — Indian Naval attack on Karachi”  organised by The Nehru Centre, London, the Naval Chief Admiral Karambir Singh stated that the maritime facets of the 1971 Indo-Pak war marked the Navy’s “coming of age” and established its credentials as a force to reckon with, he also said, “tactical ingenuity in employment of available combat power and adroit planning proved crucial in supporting and shaping the land battle”. His remarks about the Navy coming of age should be seen in light of the fact that during the two previous wars that India had fought with China in 1962 and with Pakistan in 1965 the Navy had a rather limited role to play.

Post the 1965 war a need was felt to enhance the capabilities of the Indian Navy. Operation Dwarka, wherein Pakistan Navy attacked Indian Navy’s radar station at Dwarka also impelled the government to focus on this direction, even though  the limited engagement had caused insignificant damage. Consequently, the period  1966-1971 saw several acquisitions. This notwithstanding  the 1971 Indian Navy had restricted resources in spite of which it performed very creditably.

The Indian Navy attack on the Karachi port was the most notable action by the Navy during the war. The Chief of the Naval staff at that time Admiral S M Nanda was an inspiring leader and the attacks were his brainchild. India had acquired 8 Soviet Osa class missile boats in the beginning of 1971. It  was  due to his out of box thinking  that the said boats, which have a restricted range due to their small size and are meant essentially for a harbour defence role, were used for attacking Karachi. In 1971, the Karachi port was the headquarters of the Pakistan Navy and most of its fleet was positioned there. Besides it was also the hub of the country’s maritime trade. Due to its significance, it was heavily defended including  cover by aircraft based at two airfields in the area. The attacks on the Karachi port  bottled up the Pakistan Navy, hit maritime trade  and had a tremendous psychological impact.

Operation Trident was  first attack on the  Karachi port on intervening night of 4 and 5 December. The task group known as the Karachi Strike Group was assembled at the naval port in Gujarat’s Okha, which is about 350  km from Karachi, as the crow flies.  The task force consisted of three Osa class missile boats INS Nipat, INS Nirghat and INS Veer from the 25th “Killer” Missile Boat Squadron, each equipped with four SS-N-2B Styx radar-homing anti-ship missiles with a range of about 75 km. The task force also comprised two anti-submarine Arnala class corvettes INS Kiltan and INS Katchall, and a fleet tanker INS Poshak for refuelling.

As the missile boats had restricted endurance the plan entailed towing them across 250 miles of open seas and then using them for launching an attack on Karachi. The task force  set sail and positioned itself about 250 nm (about 460 km) south of Karachi to remain outside the range of PAF aircraft. The plan was to launch the attack at night  as most PAF aircraft did not possess night fighting capability. In the evening on 4 December 4, INS Kiltan and the three missile boats approached Karachi, evading Pakistani reconnaissance aircraft and surface patrol vessels. When about 70 nm (about 130 km) south of Karachi the task force detected several Pakistani targets, analysed as warships to the north-west and north-east of own location

The missile boats were ordered into action INS Nirghat  sped towards the north-westerly target and engaged it, firing two SS-N-2B Styx missiles in rapid succession. The enemy mistook the missiles for  aircraft and engaged them with its anti-aircraft guns. The ship’s boilers were hit as indicated by an emergency message transmitted by the ship to the Pakistan Naval Headquarters. Such was the panic in the Pakistani ranks that they transmitted wrong coordinates of the ship’s position, resulting in a delay in the rescue operations. The enemy vessel lost propulsion, plunged into darkness and sank. The Pakistani ship was PNS Khaibar.

Near simultaneously, INS Nipat  engaged two targets which had been spotted to the north-east. Nipat launched one missile each at the MV Venus Challenger and its destroyer escort PNS Shah Jahan. MV Venus Challenger was thought to be carrying ammunition for Pakistan from the US forces in Saigon. Consequent to the missile hit, Venus Challenger exploded and sank approximately 40 kilometres from Karachi and PNS Shah Jahan was crippled by the missile hit. INS Veer targeted minesweeper PNS Muhafiz. The missile hit Muhafiz on the port side behind the bridge, causing it to disintegrate. Muhafiz sank before it could transmit a distress call and the Pakistanis came to know of its fate when a patrol vessel steered towards the ship’s burning flotsam and rescued some survivors. INS Nipat continued speeding towards Karachi and  engaged the Keamari oil terminal near the port. It fired two missiles at the tanks; while one misfired, the other hit a fuel tank setting it ablaze. Thereafter the task force started moving back.

Operation Python was launched as a follow-up to Operation Trident, after which  Pakistan had enhanced  aerial surveillance of its coast. The presence of a number of Indian Navy ships  indicated to them that another attack was imminent. Pakistani warships attempted to trick  the Indian Navy by mingling with merchant shipping. A strike group consisting of one missile boat INS Vinash and two frigates INS Talwar and INS Trishul attacked a group of ships off the coast of Karachi on 08/09 December. The devastating attack carried out by the missile boat badly damaged PNS Dacca and made the Keamari oil terminal to explode. Two merchant vessels were also hit by missiles – British ship  SS Harmattan was damaged and the Panamian vessel Gulf Star sank.

The operations were an enormous success for the Indian Navy with no casualties or damage to the Indian Task Group. The success can largely be attributed to the imaginative plan and the intrepid execution thereof. Indian Navy considers the operations conducted in 1971 historically and militarily significant and for this reason commemorates the missile attacks of December 4 on Karachi as Navy Day.

Operations in the East

Pakistan Navy did not have adequate number of ships to deploy in both the Arabian Sea and the Bay of Bengal, they accorded priority to the western front and only one destroyer, PNS Sylhet, was assigned  for duty in East Pakistan. In addition, in the east, Pakistan had a gun boat squadron having four boats,  and assorted patrol craft. The gun boats were equipped with various weapons, including heavy machine guns. The boats were adequate for patrolling and operations against the Mukti Bahini but  were unsuitable for conventional warfare. It was essentially a brown water navy.

INS Vikrant had not participated in the 1965 war  as it was undergoing a refurbishment. Thus, the Navy was very eager that it participate in the 1971 war. One of Vikrant’s steam boilers , which enabled propulsion and use of the catapult, had developed cracks due to age  and required urgent repairs. However, neither spares nor time were available. This notwithstanding the leadership decided to employ Vikrant with the caveat that it would operate only in the Bay of Bengal. Vikrant’s two air-squadrons – one of Sea Hawk jet-fighters and the other of Alize turbo prop ASW aircraft –successfully attacked many coastal towns in East Pakistan including Chittagong and Cox’s Bazaar, playing  havoc with airfields, ports, merchant shipping and inland waterways.

A covert operation named Op X was conducted by the Indian Navy to further the effort of the Indian armed forces. Few details of this operation were known till very recently. Over 400 Mukti Bahini recruits were trained in activities like diving, demolition and sabotage, at a secret location, for guerrilla activities. Few elements of Indian Navy along with Mukti Bahini gunboats attacked Chalna, Khulna and Mongla harbours and other targets on the Pussur River leaving Pakistani troops demoralised and woefully short of vessels to operate in the inland waterways.

The Pakistanis were more audacious in the employment of submarines than the Indian Navy. PNS Ghazi, Tench class long range submarine, was sent on a mission to find and attack the Vikrant on 22 November. It was the only submarine with the Pakistan Navy which could operate in the Bay of Bengal. The Ghazi could not find the Vikrant and instead approached Vishakhapatnam to mine the approaches to the port. As luck would have it, Ghazi  sank with the entire crew, off Vishakhapatnam on the intervening  night of December 1 and 2, due to an internal explosion. Debris of the submarine was detected by naval divers on the night of 3 and 4 Dec on the ocean bed. The sinking of Ghazi turned out to be a major blow and setback for Pakistani naval operations in East Pakistan. It ruled out the possibility of Pakistan carrying out any worthwhile naval operations in the Bay of Bengal. Pakistan Navy’s inventory in the east was virtually wiped out, including some in the air raids by IAF. The only destroyer in the east PNS Sylhet was badly damaged and the few smaller vessels which escaped were either captured or surrendered.

The Indian Navy also  carried out an amphibious landing of a battalion size force at Cox’s Bazar to cut off the line of retreat for Pakistan Army troops.

In end November Pakistan sailed two submarines PNS Hangor and PNS Mangro to attack opportunity targets in India’s western seaboard. Transmissions from Hangor were intercepted by the Indian Navy and two  anti submarine frigates, INS Khukri and INS Kirpan were despatched to counter the Pakistani submarines on 9 December 1971. The scales weighed in favour of the 1970 vintage PNS Hangor, a state of the art French submarine – the Khukri was 13 years old and also constrained  by the fact that  it could not increase speed beyond a specified limit as it was carrying out trials of a modifications to increase the range of a  Sonar. Hangor torpedoed  and sank  INS Khukri, off Diu on the night of December 10. The frigate sank with 192 hands on board. Captain M N Mullah went down with the ship in the highest traditions of the Navy. He was awarded a MVC posthumously. It is only befitting that a beautiful memorial has been built at Diu to commemorate those who gave their lives for God and Country.

The 1971 war was indeed a defining moment in the history of the Indian Navy. It came of age and displayed to the world that it was a reckonable force. Admiral S M Nanda’s  leadership was inspiring. He did not hesitate to take a calculated risks as in the employment of Vikrant which had a technical glitch. His aggressive and innovative plans for the attack on Karachi, caught the Pakistan Navy totally by surprise and put them on the backfoot right at the beginning of the war.

Kudos the officers and sailors who successfully executed these plans raining blow after blow on the Pakistan Navy.