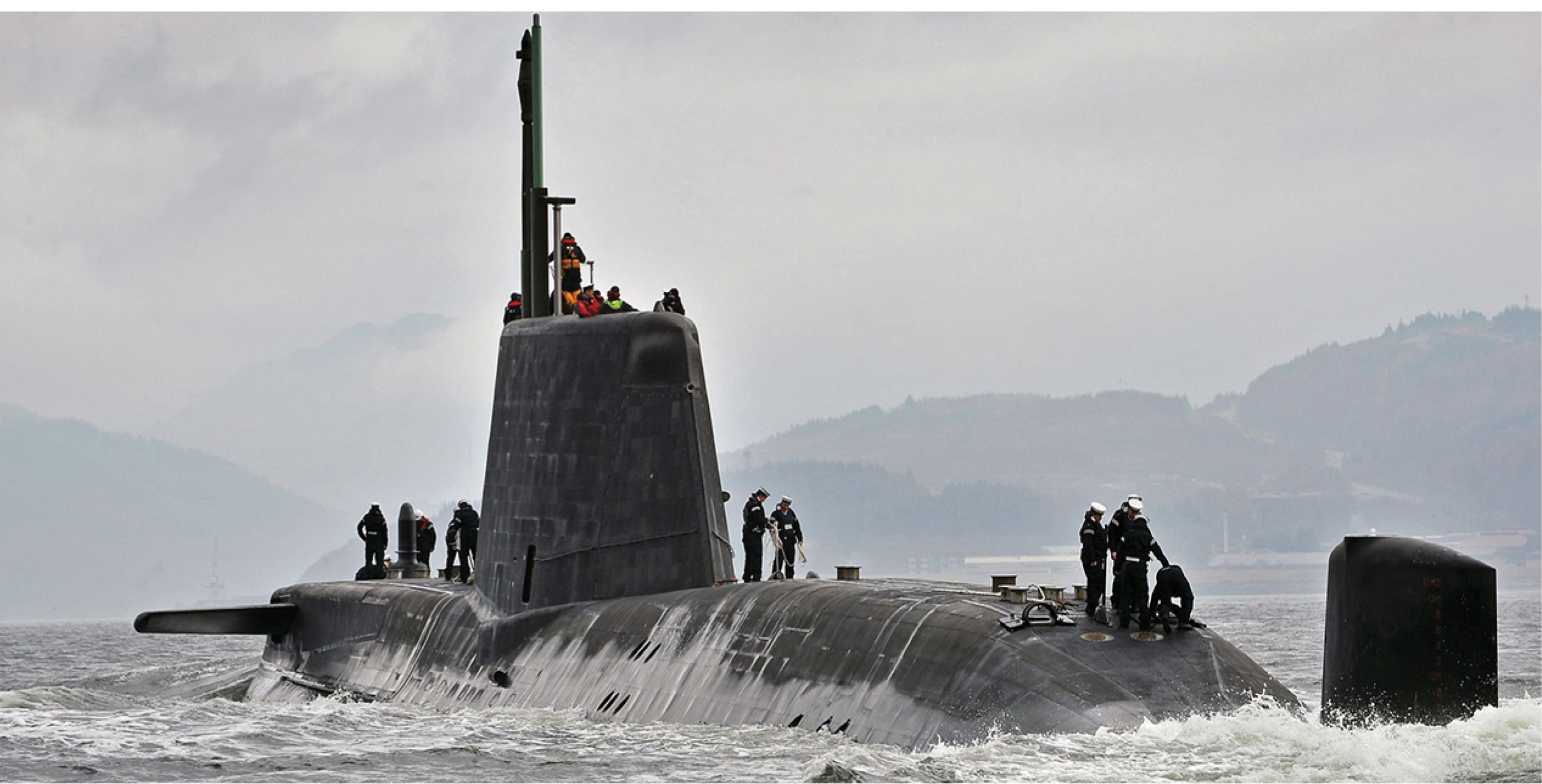 Not only is China engaged in a standoff with India at the LAC, it is also concurrently increasing its influence in India’s immediate neighbourhood thus changing existing power dynamics of the region. India must make a concerted outreach, go back to the time-tested policy of ‘Neighborhood First’, mend cracks and build bridges, so that we are positioned to stave off the challenges that seem to be closing in on us

Over the past few months, the world has literally turned topsy-turvy. It is not just Covid 19 that has changed the world. In the wake of the pandemic, an expansionist China has raised confrontations and altered the geopolitics of the region. Other actions in the neighborhood – coupled with a few stumbles in our own foreign policy – have also changed dynamics which threaten peace and impact India’s position in the region and the world.

The major change in India’s regional environment is the India-China confrontation that seems to have spiraled out of control. This has overturned three decades of détente and put an end to India-China cooperation – perhaps for good. After thirty years of lulling India into a false sense of security, China has played its cards. There is no further talk of the Asian Century now; it is only the Chinese Century. In all further equations India and China will not be partners, collaborators, or even rivals. They will be downright adversaries. Irrespective of how the situation along the LAC pans out, India and China will remain hostile thereafter – politically, economically and militarily – and that will change regional dynamics completely.

As China resorts to muscle flexing, most of the region will be forced in to a ‘with us or against us’ situation. Raised tensions with China will increase the level of hostility with Pakistan, who will act as a willing proxy. It is very likely that the LOC will erupt and there would be increased levels of violence in Kashmir and even the hinterland. A Sino-Pakistan nexus will Pakistan will ramp up the pressure and the specter of a prolonged confrontation all along the Northern frontiers stares starkly at us.

Bhutan and Nepal have also been sucked in the sway. China has revived its border dispute with Bhutan by suddenly laying claim to the entire Sakteng Wildlife Sanctuary – a 650 square kilometer area of forest land in Eastern Bhutan, adjoining Kameng and Tawang districts of Arunachal Pradesh. India had recently proposed the construction of a road from Guwahati to Tawang via the Sakteng sanctuary which would reduce distance by 150 kilometers and enable faster mobilization of troops. China has never raised a claim to the area before and have no cartographical evidence to support it, and the claim was perhaps made just to browbeat a smaller neighbor and force it to take sides.

Another neighbor and traditional friend is slowly moving away from the Indian orbit. Ties with Nepal are at their lowest ebb. A map issued by India showed the disputed areas of Kalapani as part of India and raised a storm of protest. Anti-Indian sentiment – still simmering after the ‘India Blockade’ of 2015 – erupted. People took to the streets and on social media the hashtag #backoffIndia trended. The situation could have been resolved through a greater outreach to Nepal, but instead, was allowed to simmer.  Then on 13 June, the Nepal House of Representatives endorsed an amendment to its map which included the disputed territories of Kalapani, Lipulekh and Limpiyadhura – an area of 355 square kilometers which is in Indian territory. This has now escalated the issue and given it a dimension from which neither side will be able to backtrack easily.

Nepal under Prime Minister K P Oli and the Nepal Communist Party have been slowly veering towards China. When Indian Defense Minister, Rajnath Singh, shared the inauguration of the Link Road to Mansorovar, a storm of protest erupted in Nepal as the road passed through Lipulekh Pass which they claimed was in their territory. There was reason to believe that the issue was raised ‘at the behest of someone else’ and it was obvious that China was stoking the issue. Ever since Xi Jinping’s visit to Nepal in 2019, and the signing of the Trade and Transit Agreement, there has been increased Chinese engagement in Nepal. It has been co-opted extensively in the Belt and Road Initiative and millions of Yuan have been pumped in for the development of roads, electricity and hydro power projects in Nepal.  China’s growing cultural influence is indicated by the fact that Mandarin is now a compulsory subject in Nepali schools (with China picking up the tab for teachers’ salaries). As Anti-India murmurs arise, India needs to sooth ruffled feathers – perhaps even re-work the 1950 Indo-Nepal Treaty to allay Nepal’s pressing concerns – else we may just lose the support of one of our most valued neighbors.

If there are tremors in our immediate neighborhood, events are taking place further ahead that will impact India’s security in an equally grave manner. The USA has commenced the withdrawal of troops as per the US -Taliban Agreement of February. Since then, 3400 soldiers have left for home reducing the number of US troops from 12,000 to just around 8600. With the winding up of its military bases at Helmand, Uruzgan, Paktiba and Laghban and the likely departure of another 4000 troops by the end of the year, there would be a residual force of just around 4600 US troops – too miniscule for any significant impact on Afghanistan’s security.

Emboldened by the US withdrawal, the Taliban are ramping up the pressure on the divided Ghani-Abdullah government. No intra-Afghan talks have taken place as yet, but when they do occur, it will be the Taliban that call the shots. They are now in a position to take over the country; either by storming into Kabul, or through a power sharing arrangement with the Afghan government in which they become the dominant partner. Two decades of patient diplomacy and investment are at risk if a belligerent Taliban, under the influence of Pakistan and China, comes into power in Afghanistan. Indian interests will be targeted and our carefully cultivated influence slowly eroded. Our Afghan policy requires serious revamping to enable us to cope with the dangerous scenario emerging there.

India’s relationship with another regional partner is also in a state of flux. Iran and China are close to signing a Security and Economic cooperation deal in which China will invest over $400 Billion Dollars in Iran, in return of specially discounted oil for the next 25 years. This could jeopardize our own position there and even Chahbahar – the lynch pin of our Central Asian strategy – could lose much of its relevance.

Chahbahar has been finally functional since 2019 after prolonged delays and shiploads of wheat, grain and products have begun unloading there. However, Iran’s recent decision to drop India from the 628-kilometer-long rail line connecting Chahbahar to Zahedan on the Afghan border, will affect its efficacy considerably. China could well become engaged in that project at a later juncture, which would give them increased control over Chahbahar as well. These developments could also have the seeds of a future Pakistan-Iran-Taliban alignment that would be fundamentally dangerous to India and block its access to the vital states of Central Asia and the Middle East.

Bangladesh, Sri Lanka and the Maldives have so far kept India’s strategic interests in mind, but with the Rajapaksa brothers returning to power in Sri Lanka there are fears of greater Chinese engagement there. It was during Mahinda Rajapaksa’s tenure that the Humbantota deal was signed which virtually presented a vital port to China.   Although the initial visit of Mahinda Rajapaksa to India has allayed many fears, much re-calibration is required to get Indo-Sri Lanka ties to the same sure footing as before.

With Bangladesh, ties have been on an upswing ever since Sheikh Hasina came into power. But there have been recent blips, especially after the anti-CAA protests. Bangladesh has been sensitive to India’s security concerns, but with growing Chinese influence that may slowly change. They recently handed over the construction of a submarine base at Cox’s Bazar to China and also received two submarines from them. India has dragged its feet on vital projects – including the India- Bangladesh-Myanmar-Thailand road and other Bay of Bengal Initiatives. Meanwhile China has invested over $38 Billion in a slew of projects and enhanced its footprint. As Chinese presence increases, Bangladesh may concede more strategic space to them at India’s expense.

As India is engaged in one of the most dangerous stand-offs in decades, we are faced with a changing neighborhood environment. As China creeps closer, there will be greater strain on long standing relationships. India has to make a concerted outreach, go back to the time-tested policy of ‘Neighborhood First’, mend cracks and build bridges, so that we can be better positioned to stave off the challenges that seem to be closing in on us.