The Drivers of Conflict

Sub Title : In the modern world the possible root causes of conflict have increased manifold 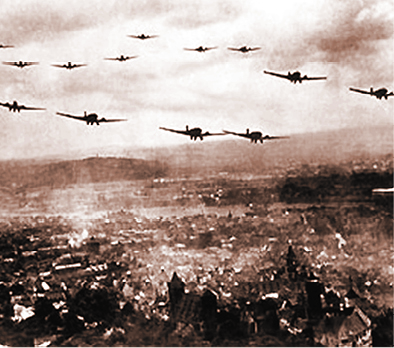 In the modern world the drivers or the possible root causes of conflict have increased manifold. This coupled with the shift in the nature of warfare due to technological changes makes it incumbent that the culture of higher strategic thought  be adequately promoted and that the Indian military invests  amply in intellectual capital

In today’s turbulent world, predicting future conflicts and how they will be shaped is an important part of a nation’s strategy. With the exception of 1971 war, we have been largely caught unawares in this area, representing a critical lack of appreciation in matters not-just-military, but also in evaluating the larger set of variables which lead to, indeed, drive conflicts. This underscores the need for promoting the culture of higher strategic thought, and investment of adequate intellectual capital by the military, to focus on the art of war, which has sharpened tremendously in the last decade or so. As strategic competition hots up and national interests collide, states will increasingly resort to violent use of force to settle disputes.  Rapid changes in technology, meanwhile, have drastically changed the way wars are being fought. And, as militaries assimilate newer technologies, new doctrines and tactics come in to play altering the very ethos of warfighting.

There is thus a strong need for a comprehensive and continuous assessment of various geopolitical, geographical, economic, technological, and informational trends which will drive and determine the contours of future conflicts.

India is already battling threats at various levels from both China and Pakistan. We are also engaged in fighting gray zone operations, which is really the sub-conventional warfare. through non-state actors / hostile state-sponsored acts of violence being perpetrated mostly in J&K. The following paragraphs briefly analyze how these threats will pan out and what will be the new drivers.

Geopolitically, a rising China is already a threat to India. Unsettled borders, salami slicing of border areas, strategic encirclement, collusion with Pakistan and a rather steep economic and military gradient vis-à-vis India, all point to a conflict sooner rather than later. With Pakistan as a client state, Russia as a junior partner and its outreach both to the east and west, China is steadily increasing its influence multi directionally, as indeed an ascendant world power is wont to do. Lessons of the recent past, as also from the deeper recesses of history, bear testimony to the fact that rising powers often cause turbulence and proximal states face it the most. India’s intransigence to fall in line, and the current overwhelming differential between the national powers of the two countries, will encourage the Dragon to go to war with India at some point not too distant in the future. China’s military intent and the existing strategic imbalance are both glaringly obvious.

But as it happens, we are in the middle of a period where international alignments are changing rapidly. Americans are effecting a major foreign policy shift in shutting the door on ‘forever wars’ and focusing on ways to stymie the Chinese ascent, even as Russia has gradually fallen back in competing for the strategic space. Militarily, India cannot match the Chinese might at this time, but the new & emerging international order offers a solution as various alignments seek to rebalance power equations. India should therefore, have no hesitation in allying with the US, whether by being a part of Quad or any other regional/international grouping that helps it fend off an aggressive China. In the long run, we have to strengthen our own conventional warfighting capacity and develop enough asymmetric capability to ensure deterrence. While numerical strength will be important, be it soldiers or weapon systems, technology must be the key. The Atmanirbhar program must go beyond sloganeering to focus on inducting new technologies rather than perpetuating old and obsolete military hardware.

Pakistan is another adversarial geographic reality. No matter what fuels its inimical designs against India, the fact is that it will not desist from harming India wherever, whenever, whichever way that conflict-opportunity presents itself. For the moment, it continues to foment trouble in J&K by training and arming jihadis. Its recent perceived victory in keeping India out of the Afghan imbroglio and bringing back Taliban to power, would only embolden it further in its misadventures. It also shows signs of an unstable state, given its poor governance record, its prominence in the FATF list and its general untrustworthy reputation in international affairs. Its military continues its stranglehold on the so-called elected government. Being a client state of China, which is supplying it with sophisticated weaponry along with massive loans and infrastructure assistance, there is little chance of any improvement in bilateral relations with India, even as a collusive bad intent is clearly manifest from the west and the north. Notwithstanding their cozy relationship, whether China will intervene militarily in an Indo-Pak conflict on behalf of Pakistan is a moot point; but then in war and strategy any moot point must be factored in as ‘adverse’. We may never fight a two-front war, but it is wise to prepare for it.

Since it cannot match India in conventional forces, Pakistan is developing asymmetric capabilities such as missiles with longer ranges and greater lethality, cyber capabilities and upgrading its nuclear arsenal. The latter is of particular concern to the entire world community. Significantly, it is also looking to ramp up its strategy to operate in the gray zone; using coercion to achieve its objectives while staying below the threshold of war. Much is being said about organized terror threats emerging from Afghanistan (under the new Taliban dispensation) against India at the behest of Pakistan. The ruse of terror groups in Af will give it perfect deniability.

While geopolitics analyze and outline the risks of a conflict, there are other variables which will impact the future and nuances of warfare. Economic trends for one will have a bearing on future conflicts, albeit in a more indirect manner. Larger economies have greater defense budgets, eventually leading to disparities in their militaries. Chinese economy, second-largest in the world, has a similar military ranking, prompting it to stake claim over large land areas and island territories of its neighbors. Trade usually promotes harmony and acts as an anti-war instrument.  However, in the recent past, this instrument itself has been leveraged to indicate a hostile environment between India and China and India and Pakistan. China has also advanced huge loans to all our neighbors – Pakistan, Bangladesh, Sri Lanka, Maldives and Nepal, creating ‘China-dependency’ all around us. Economic interests are also intricately linked to security interests; CPEC lends ample proof of that. China also has an insatiable hunger for natural resources to fuel the growth of its economy, which in future, will lead to serious conflicts. The centrality of economy as a factor that will shape and drive conflicts cannot be over-emphasized

Technology is a big disruptor and it often changes the way the forces are employed on the battlefield. Notable among new technologies is Artificial Intelligence and machine learning which is leading to weapon-systems gradually becoming autonomous. This will upset the military balance as never before. Future battlefields are likely to be infested with unmanned fighter aircrafts, swarms of autonomous drones and very precise loitering munitions, even as surface to surface missiles destroy targets in the rear areas including logistic nodes. As a result, when the Area Access/ Area Denial capabilities of the rival forces undergo serious overhaul and enhancements, militaries will have no option but to make additional capability investments in greater stand-off range, precision and automated weapon systems, and a renewed emphasis on agility at every echelon. They will also have to be prepared to rapidly replace older weapon systems and a number of human combatants, who will gradually move back to the rear as AI driven weapons engage in intense initial combat. Indian military acquisitions must focus on newer technologies with a matching doctrinal shift and combat training to absorb this RMA. Counter insurgency campaigns will, however, remain manpower- intensive even as precisely tailored weapons emerge to deal with gray zone operations.

The dimension of Space will change war too, as it becomes the new battlefield, up for exploitation for both commercial and military purposes in a contested environment.  It is no longer just a means for intelligence, surveillance, communications and navigation as nation states develop capabilities to disable and destroy orbiting satellites. Space-based weapon systems are not just science fiction anymore, but could become a reality in the near future making wars even more complex.

Digital revolution rocking India and the world has brought a military-offshoot with it. As the world becomes progressively digitized, cyber operations will play a vital role in warfare. Indeed, control of the cyber domain will become a key tenet to domestic stability. Content access will be monitored tightly by the state even as cyber surveillance is employed towards behavior control of the citizens. India is no exception, even though it remains relatively liberal. And yet, cyber space is so susceptible to inimical subversion. Data theft– economic, industrial, military, even personal — is a serious weapon and a cause for serious concern, both at a personal level as also for the state. Cyber espionage and sabotage are both important tools of the future warfare as information networks will sought to be neutralized by the enemy even before the first lead bullet is fired. Militaries are relying more and more on digital systems for information analysis and to shorten the OODA loop. Cyber war will strike at the very heart of such systems, disabling them to effect informational blindness for the enemy. Indian establishment will need to put strong anti-hacking measures in place while it prepares for cyber war by building resilience in its systems, which should be robust enough to remain functional despite attrition.

Yet another factor that will impact warfare, particularly for India, is the media and public perception. No doubt, there are international laws that impinge/ limit the type and quantum of force used in a conflict. But a far more powerful factor to enforce military conduct may be the war images, which are beamed in real-time these days. In India, public reaction to any form of war is passionate and influences the state. But the response of governments to public and international opinion in liberal democracies may be vastly different from that of a government presiding over an authoritarian regime. Galwan skirmish is a stark example where passions in India ran high while there was barely a whimper in China. Similarly, social media – Twitter, Facebook, WhatsApp and Instagram etc – will likely build public opinions which will push governments to act, even as concerted disinformation campaigns spill over and shape the narrative. Deliberate lies will have the power to overshadow facts, particularly as trust in media and governments runs low. Media, which has already assumed the status of a powerful, new-age driver of war, will need careful and judicious control by the state, given Indian public’s sensitivity, and equally, its gullibility.

Serious upheavals are afoot in world affairs as major powers vie for supremacy. Such a rivalry often leads to conflicts at various levels. India will have no choice but to shed its neutrality and choose a side which best serves its national interest. Doing so, however, will inevitably push it towards a clash. It is best to know the contours of that clash and to prepare for it.