The Return of the Nuclear Arms Race

Sub Title : The demise of INF may catalyse another arms race, possibly a nuclear one 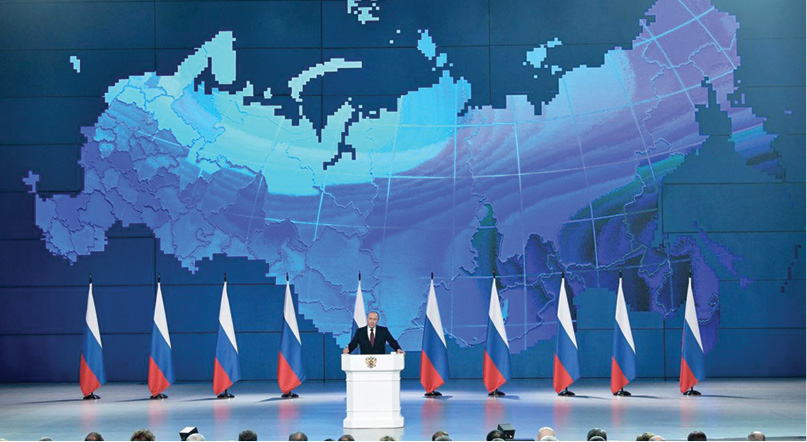 The death of the Intermediate-Range Nuclear Forces Treaty, or INF, means the swift demise of arms control efforts that took decades to realize and has opened the floodgates for another arms race, possibly a nuclear one. This coupled with the nuclear rhetoric in the Indian subcontinent, North Korea’s belligerence and the  situation in the Gulf do not portend well for world peace

In the month commemorating the 74th Anniversary of the horrific nuclear bombings of Hiroshima and Nagasaki, events have taken place which evince that the spectre of nuclear weapons is not behind us and that nuclear arms race could  soon renew. The first was the US withdrawal from the Intermediate Range Nuclear Forces Treaty (INF) which was one of the main guarantors of nuclear peace. The other was the conduct of missile tests by North Korea in response to South Korea- US joint military exercises. Then came the Iranian threat to re-start enriching of weapons grade uranium, which could plunge the Middle East into a nuclear arms race, if not worse.  And finally, the nuclear sabre-rattling in the sub-continent which followed the abolition of Article 370 in Kashmir. These events across three continents do not portend well for world peace.

The major event was the US pull-out from the INF Treaty on 02 August 2019. This treaty signed in 1987 between Gorbachev and Ronald Reagan required the US and Russia (then the Soviet Union) to give up all land-based nuclear and conventional missiles with ranges from 500 – 5500 kilometers. The two sides destroyed a total of 2692 land-based short and intermediate range missiles (1846 by the Soviets and 846 by US) before the deadline of Jan 1991. By eliminating a class of missiles which could reach their targets in 7 – 10 minutes, a major hair-trigger which could set off a nuclear war was averted.

The US stated that Russia had been developing its NOVATOR 9M729 (SSC-8) road mobile missile system in contravention to the terms of the treaty and cited it as the reason for its withdrawal – a charge Russia denies, stating that the missile has a range of 480 kilometers which is not within the ambit of the treaty. On the contrary, they accuse the USA of breaking another treaty – the Anti- Ballistic Missile Treaty – by the deployment of its Missile Defense Systems in Europe (with some justification). Within days of the abrogation of the Treaty, the US tested a conventionally configured ground launched missile with a range of over 500 kilometers and plans to test an Intermediate Range Ballistic Missile in November. Russia too has announced that it will develop and deploy a land version of its Kalibr missile system. With the INF gone, the stage is set for another arms race both in Europe and in Asia.

The US actions seem to be directed at China rather than Russia. Because of the treaty, it has been unable to deploy ground based missiles in its bases in Asia. China has not been shackled by any such treaty and has developed an array of land based missiles which can form a protective ring around the disputed islands, it claims. The US has been hoping to incorporate China in an expanded version of the INF – something which was summarily dismissed by China. Walking out of the INF permits the US to deploy ground based missile systems in the Indo-Pacific in locations such as Guam, Japan and South Korea. Within a fortnight of the abrogation of the treaty, the US announced its intention to deploy land-based missiles in Asia – an action which will set off a new arms race and heighten the possibilities of a US-China confrontation.

The demise of the INF could pave the way for the removal of other arms control treaties which have helped maintain nuclear peace for over three decades. The New START (Strategic Arms Reduction Talks) is due for renewal in February 2021. This prevents the two nuclear superpowers from deploying more than 1550 nuclear warheads or 700 launchers and has brought down nuclear arsenals considerably  from the historical high of 64449 nuclear warheads in 1985. Unless both sides agree to renew it, the treaty will automatically expire. Trump has already indicated that he wants to renegotiate the treaty to include China in the ambit and also keep Russia’s tactical nukes in the overall framework. It is unlikely that either China or Russia will agree to this and one more vital arms control mechanism may thus bite the dust.

Should START fail, the 1996 Comprehensive Test Ban Treaty which bans the testing of nuclear weapons and has been signed by 184 nations will be in jeopardy. All these point to a return to the dangerous days of the 1980s.

It is  that the situation now is far more complicated. Besides the five declared nuclear powers (USA, Russia, China, UK and France) others have joined the fray. Korea has tested its nuclear devices and has developed missiles to deliver them across Asia and reach mainland USA. In spite of the recent bromance between Kim and Trump, North Korea shows no indication of relinquishing its nuclear arsenal. Its test firing of seven missiles in August shows that even with its limited arsenal, it can pose a potent nuclear and conventional threat.

Even more worrying is the increasing nuclear proliferation in the Middle East. After the USA summarily pulled out of the US-Iran Nuclear deal, Iran has been pushed against a wall to develop its nuclear capability as a hedge against further US-Israel- Saudi aggression. It has threatened to restart processing of weapons grade uranium beyond the cap of 200 kilograms and with it, its ‘ break-out time’ i.e. the time required for it to develop a nuclear weapon, will fall to less than a year. With its arsenal of Short and Medium range missiles, its reach covers all parts of the Middle East. Iran’s belligerence could lead Saudi Arabia to develop its own ‘Sunni’ bomb. With the Israelis already in unspoken possession of the bomb, it could lead to a dangerous nuclear arms race in the most unstable and volatile region of the world. What could precipitate the situation is that the US and Russia (who are no longer bound by the INF) too could deploy missiles in the region in support of their proxies.

In another nuclear corner, tempers are rising. After the recent abrogation of Article 370 from Kashmir, Pakistan has ratcheted up tensions and bandied threats of ‘nuclear war’ repeatedly in different forums. It has also recently test-fired the surface to surface missile ‘Ghaznavi’ as a subtle reminder of its capabilities. Both India and Pakistan have well-developed missile capabilities, but bandying  about it, is counter-productive for both.

The nuclear rhetoric, however, reveals a dangerous mind set in which unpredictability and irrationality is part of Pakistan’s doctrine. The dangers are amplified by the fact that the control of nuclear weapons in Pakistan is still ambiguous. Even if not used by State actors, a nuclear device, or a radiological dispersal device can be misappropriated by elements within the establishment who could use proxies to launch a strike. An attack of that nature will definitely precipitate a response with gloves off and that could be disastrous for the entire sub-continent.

Veiled assertions of India’s ‘No-First-Use’ doctrine not being ‘cast in stone’ should also be viewed as a part of the ongoing battle of words. This kind of nuclear rhetoric is fraught with risk. India’s ‘No First Use’ is a very balanced and sensible doctrine which should be maintained and actively promulgated. The knowledge that we will NOT be the first to use nuclear weapons automatically reduces the possibility of a pre-emptive strike by the other side – who would not want massive retaliation that comes in its wake. Both sides have potent nuclear arsenals and an array of missiles and aircraft to deliver them. And there is the presence of China with its arsenal of 450 weapons and enough stakes to keep the pot boiling. It would thus be wise to curb the rhetoric.

Even as tensions rise across the world, the old pillars that had maintained a delicate balance of peace are being dismantled. The demise of the INF has opened the floodgates for another arms race – which could soon become a nuclear one. That race is unlikely to be restricted to Europe. It will spillover to Asia and when coupled with the tensions in the Middle East, Korea and the sub-continent make the world an unstable place. All this can push the world back from a state of ‘uneasy peace’ to an even more dangerous state of ‘uneasy conflict.’