Touch the Sky with Glory 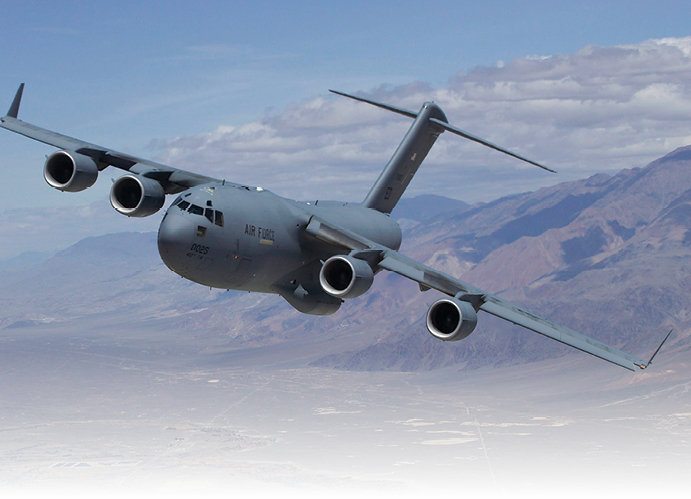 The Author has examined the potential of the Indian Air Force as a Strategic Force. He has also addressesd the deficiencies in our exiting capabilities and the need for them to be made up to achieve our strategic goals of coercive and deterrent capability

The Indian Air Force will be 88 years in the service of our nation on 08 October this year. A journey which began with the enactment of the Indian Air Force Act 1932, stipulating its auxiliary status to the Royal Air Force in British India, today it stands as being acknowledged as the fourth largest in the world, modern, technology-intensive and distinguished by its commitment to excellence and professionalism. It has evolved over the years into a formidable force from  the operational experience gained in various wars, other operations and exercises with Air Forces world-wide. A brief recap of its achievements:

Today consequent to these experiences, the IAF stands strong and the nation is aware of its strategic primacy in shaping the outcome of any future conflict. Accordingly, IAF had envisioned a 55 Squadron force in a Vision 2020 document presented to the Government in 1999. This included 16 Multi Role Squadrons, 18 Strike Squadrons, 16 Air Defence and a few for Reconnaissance and Electronic Warfare. The Government has cleared a force structure of 42-45 Squadrons to be raised by the end of 13th Plan i.e. 2027.

Despite envisioning a multi-role capability with 4th and 5th generation platforms and equipment to emerge as a global aerospace power with capabilities to protect our security interests extending from the Persian Gulf to the Straits of Malacca, the IAF is in discomfiting circumstances in 2020:

With the IAF at its lowest ebb and facing a structural dilemma, it needs to surmount both quantitative and qualitative deficits and get around the theatre structure oddity to vanquish the combined might of PLAAF and PAF. Therein lies the biggest challenge as IAF steps into its 89th year in the service of the nation.

PLAAF is the third largest air force in the world with over 2000 combat aircraft in comparison to 620 of IAF.  It has transformed itself into a modern Air Force with high-tech 4th and 5th Gen aircraft, advanced precision-guided munitions, force multipliers, networked command, control, and intelligence capabilities. It has already inducted over 40 squadrons of 4th Gen aircraft which will increase to 50 by 2025. Induction of the 5th Gen J-20 which began in Feb 2018 makes China the second country in the world, after the United States, to field an operational fifth-generation stealth aircraft. PLAAF has also prepared itself well for a Network Centric conflict. What it lacks is only combat experience.

PAF with 22 squadrons has more than 410 fighter aircraft configured for netcentric operations via an indigenously developed National Data Link (NDL). Currently, PAF is the seventh largest air force in the world with around 70 JF-17s and 45 Block 52 F-16, fourth-generation, multi-role fighters and plans to acquire another 100 JF-17s, 36 Chinese J-10s a 4.5 Gen aircraft and 40 Chinese FC-31, 5th Gen stealth fighter to give it a real qualitative fillip. With IAFs numerical superiority already reduced from 3:1 to about 1.4 :1, and PAFs better pilot to cockpit ratio and serviceability it will gain 1:1 parity in employment terms and also have  a qualitative edge with formidable beyond visual range, all weather, day-night combat capability for operations against both air and surface targets. Given these trends, and the increasing number of exercises with foreign air forces, PAF will be able to give a decent account of itself in any future conflict.

The story is one of a steady weakening in strength and diminishing warfighting potential due to constrained budgets, sluggish acquisition, and an overbearing red tape.

The current force levels stand at 30 Fighter Sqns, the lowest ever, 3 AWACS, 6 FRA, 10 C-17s, Armed and Combat Helicopters, Radars and SAMs. Not only is the strength well below the authorized figure of 39.5, approved 42 and desired 55, but half the existing fleet is hemmed in by the ageing Mig-29s, Jaguars, Mig-27s and Mig-21 Bisons. This has reduced the operational potential to a large extent though the presence of 4th Gen aircraft i.e.  Su-30 and Mirage 2000 and now the induction of the Rafale brings some semblance of modernity, capacity, and capability.

To impart muscle, these ageing aircraft are being upgraded, despite their low serviceability and non-availability of spares. The upgradation work however is slow and at the cost of operational preparedness. The MiG-21 and MiG-27 squadrons were to be phased-out, but the IAF has had to postpone their retirement owing to delays in the induction of the Light Combat Aircraft (LCA) Tejas. These will now retire in a phased manner matching the induction of LCA so that the squadron strength does not drop to below 30.

IAF has plans to induct 36 Rafale, (four already inducted), six squadrons of LCA (including LCA Mark 1A) and two more squadrons of Su-30 MKI, in the near future. However, given the pace of LCA production, even if things go as planned, the squadron strength will remain at 30 till 2032; 42-45 squadrons remains a distant dream. The strength will only get incremented by the induction of 114 MMRCA for which a Request for Proposal is awaited,  development of the LCA MK II which has an ambitious plan to start production by 2028 and the 5th Gen Advanced Medium Combat Aircraft (AMCA) which is still on the design boards.

Given the past experience of our indigenous aircraft development efforts, delays and shifting of timelines is likely. In the long term, IAF plans to have 18 Squadrons of LCA complimented by the 5th Gen AMCA. In a best-case scenario, the IAF will reach its sanctioned strength of 42 squadrons only by 2042.

IAF has not only lost the combat edge that it enjoyed over PAF but has inadequate numbers to execute a two-front war. This is a matter of serious concern and the IAF in concert with the Government ought to take measures to build up to the requisite potential. In  a rare public admission in 2018,  Air Chief Marshal B S Dhanoa, while briefing the media on the eve of Exercise Iron Fist, a fire power demonstration of the Indian Air Force had stated that “numbers were not adequate to execute a full air campaign in a two-front scenario”. Though the IAF has a plan B to meet the two front contingency i.e. by multiplexing the use of its 30 squadrons on both fronts simultaneously by centrally orchestrating the air campaign as demonstrated in Ex Gagan Shakti (in 2018), it could get into jeopardy if the air force gets divided into a three theatre command structure, as being envisaged by the CDS. Dividing the air force would render it weaker in each theatre as our adversaries are likely to field 20 to 22 Fighter Sqns against our theatres which would at best have 10 or 12 squadrons each.

What Needs to be Done

Future wars would see increasingly decisive and frequent employment of air power due to its coercive and deterrent capability. With a 30 Squadron force, incl a sprinkling of 4th/4.5th generation platforms, the IAF will not be able to fulfil its mission in a two-front contingency. IAF is capable of a punitive response as demonstrated in Balakote. At a time when a two-front sub conventional threat looms large, the IAF alone embodies the capability for rapid offensive action. Hence, its capability to dominate in the air must be protected and enhanced. While it hopes to build to 42 squadrons by 2042, the force mix is unlikely to be sufficient to mitigate a two-front conventional threat. Since vision 2020 document will soon lose its applicability, the IAF will do well to articulate vision 2050 and adequately conceive a winning combination.