Sub Title : CEMA continues to play a major role in deciding the outcome of the military operations 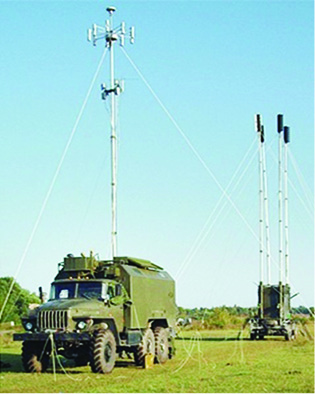 Marcus Willett, Senior Advisor Cyber at the International Institute for Strategic Studies, London has stated that  ‘One thing is clear: the marriage of cyber and kinetic warfare has been consummated’.  However, EW activities in Ukraine 2022 have been rather mild as compared to expectations. High-end, multidomain attacks are missing so far. The tempo could increase if and when the forces join into a more intense conflict and Russia decides on a manoeuvrist approach rather than be confined to roads in slow moving convoys

Russia’s land war in Ukraine is in some ways an extension of its long running Cyberspace war against the country.

This time, unlike in 2017, the Russians will avoid a spill over to avoid escalation of the Cyberwar. The chances of a Cyber World War happening are much greater than a Kinetic World War. NATO whilst bracing for attacks across its physical borders must prepare appropriately for breaches in the cyber domain.

Ukraine secure under the promise of NATO protection was a late starter. They have now deployed a government-led volunteer Cyber unit that is designed to operate offensively. They have launched a few DDoS attacks against Russian websites, infrastructure businesses, such as energy giant Gazprom, banks, government websites. On 27 Feb 2022 it targeted websites registered in Belarus. However, this is not a regular trained and coordinated group. These Ukrainian novices can create havoc with unplanned, uncoordinated OT attacks. Their aggressiveness can spill over to critical structures on both sides with unmanaged consequences; Cyber when used as a weapon needs to be cautiously handled to a plan by specialists.

The theme has had a deliberately deceptive narrative to convince a population that the narrative is in the absolute truth. Disinformation becomes very dangerous when facilitated by a far-reaching distribution means – the Social Media. Some bits of Russia’s disinformation narrative:

President Volodymyr Zelenskiy’s is leading Ukrainian social media campaign simply using his mobile phone. His posts have led to the launch of the popular hashtag #STANDWITHUKRAINE, which has helped spread awareness about the war; the impact is global when he praises his fighters or seeks military aid. Weaponizing the social media is here to stay.

Every modern high tech weapon system is a dud without access to spectrum as per Jan Kallberg, a scientist at the Army Cyber Institute. While these are early times to analyse the success of EW operations, contemporary EW capabilities are discussed.

Conclusively, EW activities in Ukraine 2022 have been rather mild as compared to expectations. High-end, multidomain attacks are missing so far. The tempo could increase if and when the forces join into a more intense conflict and Russia decides on a manoeuvrist approach rather than be confined to roads in slow moving convoys. Looking back from the 2014 invasion of Crimea and the conflict in Donbas it abundantly clear that UAVs and Space Based Assets and their electronic countermeasures have a big role to play in all future war.