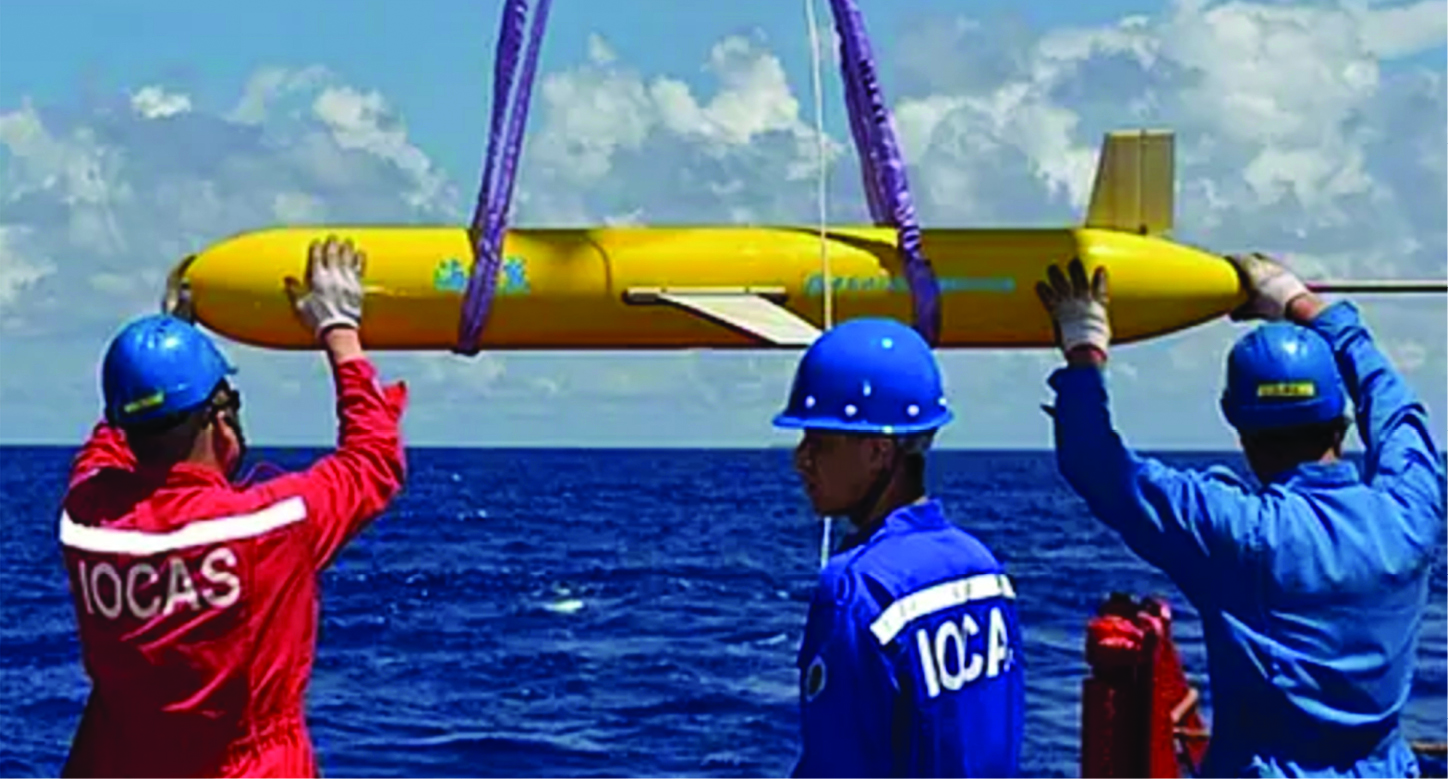 The underwater domain is emerging as an important medium for drone warfare. The role of underwater drones for asymmetric and naval warfare as also for routine maritime support operations would pose multiple challenges for the navies, coast guards and other surveillance and security agencies. India must therefore be alive to these  threats

The first-ever offensive use of drones and subsequent sighting of multiple drones over military areas in the Jammu region has sent the Indian security establishment into a tizzy. There has been a flurry of activity at the highest political and security levels, and the drone threat has been acknowledged. Few drone monitoring and jammer system have been installed at select military stations, and the national military technology research and development organisations such as the Defence Research Development Organisation (DRDO) are scaling up the production of counter droning technologies. The electronic media too has been very proactive by highlighting the drone threat and have hosted numerous military and defence experts to debate the issue and offer suggestions/advice to the decision makers.

It is quite clear from these initiatives, debates and discussions that drones are a cost effective choice for terrorists to attack well defended military and high value civilian targets on land. Experts also recognize that it is nearly impossible to create a 360 degree air defence zone against aerial drones given that these are operate at very low altitudes and may deceive the sophisticated air-defence systems that are designed to provide early warning of incoming enemy aircraft and missiles. Also, detection by humans can be cumbersome in terms of line of sight limitations. However, electronic jammers and physical trap nets could provide limited protection against a drone attack. Perhaps, what is a clearly worrying aspect of the aerial drone is that it is commercially available, cheap and a flexible platform that can carry out numerous tasks for non-state actors’ such as air dropping weapons, carry supplies, communication support, and even real time monitoring/directing an attack.

The drone threat has prompted authorities in Srinagar to “ban storage, sale, possession, use and transportation of drones and similar unmanned aerial vehicles (UAVs) in the territorial jurisdiction of the district”. Likewise, the Indian naval authorities in Vishakhapatnam have announced that “an area of 3 km from the perimeter of Indian Naval installations in Visakhapatnam is designated a ‘no fly zone’. All individuals and civil agencies are prohibited from flying any non-conventional aerial objects including drones or unmanned aerial vehicles (UAV) within these zones,”

While the focus of the above initiatives has been in the context of aerial drones, these platforms could emerge as tools of choice for the maritime domain for use by States and non-State actors. Since the last few months, Iran and Israel have been engaged in tit for tat attacks on each other’s cargo ships. This has opened a new front in their conflict on the high seas. Earlier this month, a ship owned until recently by Zodiac Maritime, a company owned by an Israeli billionaire came under attack by an Iranian drone. The ship sustained minor damage and no casualties were reported. However, the April attack on an Iranian tanker by an explosive fitted drone while the vessel was transiting off the Syrian coast resulted in a fire onboard and at least 3 people including 2 crew members were killed. The Syrian Oil Ministry stated that the tanker was up in flames because of a drone attack and the pro-Damascus al-Mayadeen TV corroborated that the fire was the result of an Israeli drone attack. Israel was suspected to be behind the attack but the Israeli military declined to comment on the incident.

At another level, the underwater domain is emerging as an important medium for drone warfare. An underwater drone or an ROV is a submersible platform and can move through underwater currents. The underwater drones are generally fitted with “cameras, obstacle avoidance sensors, and powerful lighting to record good quality footage even in dark underwater environments”. If fitted with a thruster, it gives them high maneuverability and a waterproof frame offers good protection. The cost of underwater drones varies depending on the sophistication and can be as low as $ 100 to $ 5000. Significantly, these can be purchased directly from manufacturers or from online resellers such as Amazon, GearBest, AliExpress, and Banggood. The 11 best underwater drones in 2021 are: 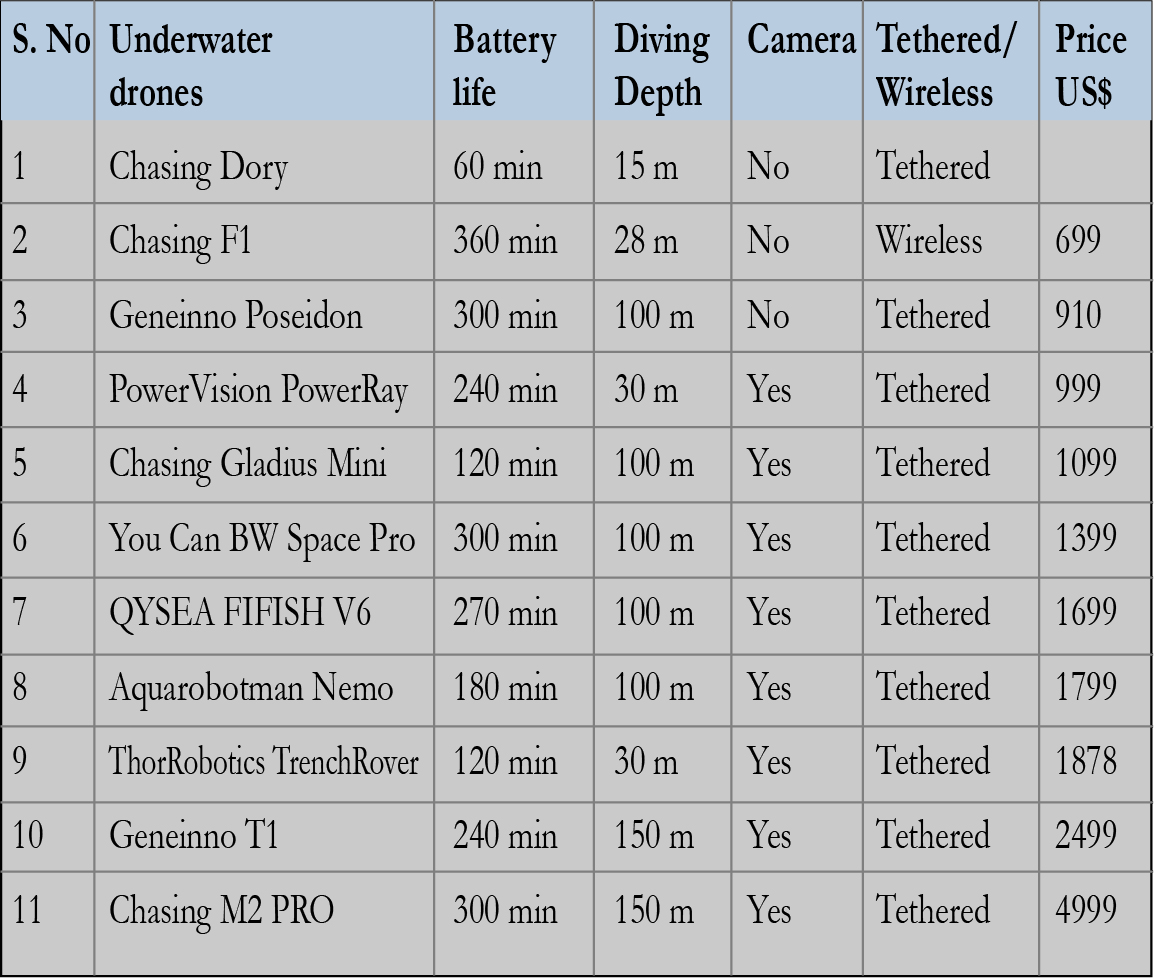 Underwater drones have so far not caught the fancy of the terrorist groups such as Hamas, Hezbollah and the Houthis who have in recent times carried out successful attacks against maritime targets. There may be issues in developing  such capability due to numerous technological reasons but it is fair to assume that such capability can be developed at short notice.

Many navies have acquired drones and China is perhaps the leader in underwater swarm drone technologies. The PLA Navy sees a number of potential applications of drones to support numerous underwater operations including anti-submarine warfare (ASW), mine countermeasures (MCM), underwater domain awareness (UDA) as also in support of scientific ocean development, marine environment protection and ecology restoration. Autonomous underwater drones, sea gliders or the Chinese type 12 Haiyi (Sea Wing) autonomous underwater vehicles are meant to monitor marine environment as also track living and nonliving activity under the sea. These are designed to send collected data instantly. According to the project chief scientist these “autonomous underwater vehicles would roam for one month and collect detailed information in the ocean on a host of topics including temperature, salinity, the cleanness of water, oxygen level and the speed and direction of sea currents.”

China has also been making impressive progress in its underwater defenses and has planned systems to be deployed in the western Pacific Ocean. It has set up a deep-sea communications network comprising of sensors deployed at depths of over 400 meters which can ‘continuously transmit data to satellites through a grid of solar-powered buoys.’ Similarly, the ‘Blue Ocean Information Network’ is designed for monitoring the marine environment but its use by the military for sensing and communication functions merits attention. It involves a network of sensor and communication nodes and is reportedly deployed at Bombay Reef in the Parcels in the South China Sea. It would be able to support similar activity in the East China Sea, and other adjacent ocean areas. This underwater network of sensors will be capable of obtaining real-time information about bathymetric conditions and seabed activities that are critical for submarine detection particularly those of the US which are known to be forward deployed in the Pacific Ocean.

The possibility of drones themselves serving as weapons in the form of anti-drone platforms is not a stretch of the imagination. This could be by hijacking and taking control of unidentified drones and marshalling them to collide with other drones or even crashing them by using non-kinetic ways.

At another level, some countries are thinking of reconfiguring surface warships as ‘drone mother ships’ that can launch and recover unmanned maritime platforms and deploy these at strategic locations. At the heart of “drone Mothership” is the idea of ‘coordinated and controlled autonomy’ under which Motherships will operate ahead of the fleet and act as the proverbial ‘naval’ scouts to forewarn the presence of the enemy. They could also function as the Command and Control of multiple sea drones operating in the area. However, in the case of armed drones, human intervention i.e. humans will decide about the use of lethal force.

Counter-drone technologies are gaining prominence among militaries due to increased ‘security breach incidences’ and the fear of small and weaponized drone swarms being put to use as tools of warfare. Even smaller navies are keen to acquire these and are scouting for such technologies. Israel has excelled in counter-drone technologies and at least two companies have entered the market. Elbit System has produced ReDrone, a counter-drone product that specialises in hacking and diverting drones; and the Israel Aerospace Industries manufactures Drone Guard, a drone detection and disruption system that has been available since 2016.

The navies can be expected to use drones in swarms and underwater blimps, and sensors could be deployed floating or moored to the seabed over long durations. These can be positioned at vantage points underwater and can lay in wait until the prey comes to them. Likewise, an autonomous underwater drone or ROV fitted with sensors and artificial intelligence features is a useful platform for autonomous anomaly detection on a wide range of subsea operations.

Finally, the role of underwater drones for asymmetric and naval warfare as also for routine maritime support operations would pose multiple challenges for the navies, coast guards and other surveillance and security agencies.  Indian naval planners may have to develop new strategies and fleet architecture to address the threat posed by underwater drones or RoVs.