US elections impact on South Asia

Sub Title : Irrespective of who wins Ind-US relations will continue to move Northwards 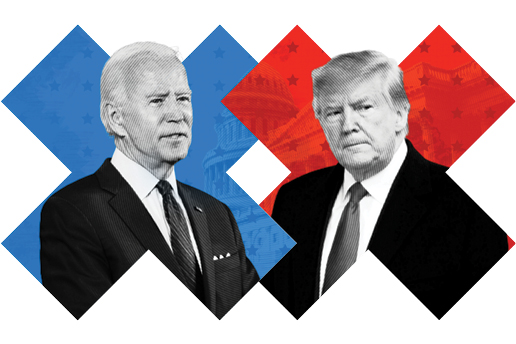 Come November the United States of America will go to polls which will decide who the next president would be. Whether it is the ‘Maverick’ Trump or Biden the ‘Conciliatory Extravert’  (as personality assessments call him), will dictate future US policy. The article delves into the impact that the outcome of the polls will have on US policy in South Asia as also briefly touches upon Iran as it plays a key role in the dynamics of the South Asian Region

The United States is the world’s pre-eminent power. Its President, despite the constraints imposed on his office by the country’s federal system and the role of the Congress in foreign and security policy making, holds the most powerful executive office in the world. A Presidential election outcome therefore impacts not only the US but the world.  The coming election will not be an exception; if at all its consequences may be more on both US and global affairs. This is largely because of the disruptions in US domestic and foreign policy and actions caused by President Donald Trump and his abrasive diplomatic style.

This does not mean that if the Democratic Party contender, Joe Biden becomes the country’s 46th President the US will depart from the substance of all its current foreign and security policies. Some are these are based on current and emerging objective realities of the global situation and will not admit change. They are therefore likely to continue though under new forms, differing articulations and vocabulary.

Among the orientations that will continue in large measure are US policies towards India. These enjoy bipartisan support within the US polity and business. There is also no doubt that US suspicions of, and by now, definite negativity towards China’s rise will continue irrespective of Trump retaining office or a Biden victory. This commonality of positions on China has implications for not only India but South Asia as a whole. In Afghanistan there is no possibility of changing course on the decision of troop withdrawal from the country though Biden, in office, will be more stronger on terrorism issues and also take greater interest in preserving human rights in the constitutional system which will emerge from the intra-Afghan process underway. Where Biden’s electoral success will lead to a change from Trump’s approach is in US policies in West Asia, especially towards Iran.

Shedding the reticence advised by Deng Xiaoping, China under President Xi Jinping is aggressively seeking to entrench its position as a premier power internationally perceived to be in the same bracket as the US in power and influence. The Belt and Road Initiative (BRI), the chosen instrument to push its interests worldwide, is an aspiration to construct an alliance system with China at its centre. Within the BRI project the China Pakistan Economic Corridor (CPEC) has the pride of place. It has cemented the China-Pakistan relationship with a positive pillar. It was, hitherto, based on a shared negativity towards India. In addition to Pakistan, China is moving strongly in other South Asian neighbours of India to extend its influence. They are finding the allure of its assistance programme difficult to resist. These Chinese moves adversely affect India’s security. It is a challenge for India because of resource constraints which will inevitably be exacerbated by the COVID-19 pandemic.

US interest in globally constricting China, especially its concerns with Chinese aggressiveness in the Indo-Pacific region and India’s difficulties with its northern neighbour is drawing the two countries closer. The process of greater bilateral cooperation in all areas, including defence and security, will continue irrespective of the election result. If Biden wins, he will modify Trump’s approaches on immigration, trade and take the issue of human rights more seriously. While changes in the first two areas would benefit India, US lectures on the third especially in the context of Indian minorities and administrative steps in J&K would be irksome for the Modi government to handle.

The de-hyphenation of India and Pakistan by the US will not change. The US clearly wants India to play a larger role in regional and global affairs with an eye on China. There is no evidence that it would like Pakistan to move out of the South Asian and Afghanistan box. While maintaining pressure on Pakistan on terrorism issues the US under either Trump or Biden will take into consideration not only Pakistan’s utility in the Afghanistan context but also its possession of nuclear weapons and its strategic location. Also, it would not wish to concede all space in Pakistan to China. Thus, there may be a more robust engagement with Pakistan.

The United States has suffered a strategic defeat in Afghanistan. Trump’s fulminations that he could have wiped out the country if he so wanted were theoretically true but the US could have done so in Vietnam too. The use of possible force by great powers does not detract from the limits of power and consequences of failing to think things through. The Taliban could only be made an irrelevant factor in Afghan affairs if its bases in Pakistan would have been taken out. That required the entry of US troops into Pakistan for a sustained campaign but that the US was unwilling to do. The US was  therefore compelled to overlook the death of around 2500 soldiers and an expenditure of more than 800 billion dollars and accept the humiliating reality of exiting Afghanistan through a deal with the Taliban. There is no going back on this decision though it is likely that a Biden administration would be harder on human rights issues and seek a greater US presence on Afghan soil to combat terrorism than Trump. Both will lean on Pakistan to deliver the Taliban but let that country string them along as it has done for all these long years.

West Asia is crucial for South Asia both in strategic and economic terms. A change in US policies towards the region will impact all South Asian countries. Trump departed radically from his predecessor’s approach when he junked that Iran nuclear deal and backed the Sunni Arab states, in particular Saudi Arabia, to the hilt. In the process he sought to corner Iran in the hope that the Iranian people would rise against the clerical system. He failed in this unstated attempt but the sanctions did succeed in putting a curb on the moves that Iran was making after the deal to spread its influence in the region by backing the Shia communities.

There is little doubt that Biden will go back to the Iran deal in some manner. That will change the dynamics of the region and generate greater prospects of Iran’s cooperation with all South Asian states, especially India. This would take place despite the ingress that China is making in Iran. It remains uncertain though to what extent India will be able to make up for lost time in the Chabahar project which will impact communication corridors to Afghanistan and the land locked region beyond. This in turn will have strategic consequences.

A post-election US administration would have also to decide if it wishes to counter Chinese moves in Nepal, Bangladesh, Sri Lanka, the Maldives and its pressures on Bhutan. Would it adopt the same laissez faire attitude that it has largely taken till now? The US simply cannot match Chinese assistance but will it attempt in partnership with India to take innovative steps to counter greater Chinese intrusion? This is an issue which it will have to consider in the light of its larger relationship with China and its domestic processes which favour lesser global involvement. India will have to take a careful look on this question for traditionally it has not wanted any great power involvement in South Asia.

Finally, irrespective of Trump or Biden winning the election the trajectory of Indo-US ties will move upwards though the Modi government may face occasional embarrassment with a Biden administration.