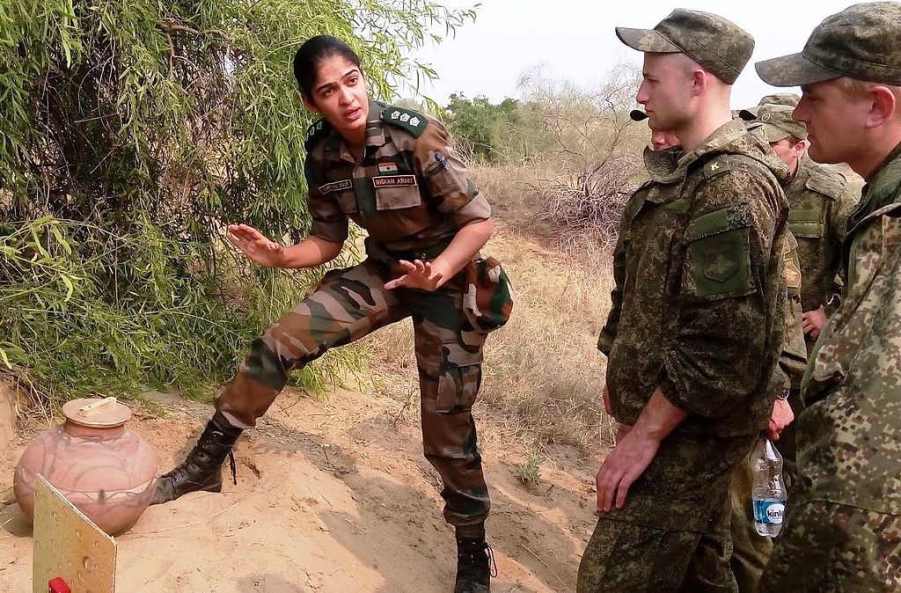 A question often asked is that when the Indian Air Force and the Navy allow women officers in combat roles, why is the Army reluctant to do so?  The analogy involving the other two services  gives ammunition to the lobby which is training its guns on the Army in this regard. There is a need to get real about the issue instead of letting specious arguments overwhelm the debate.

The answer is pretty much straightforward – the operational scenarios of the Air Force and the Navy are dissimilar to those of the Army. This needs no further elucidation, especially insofar as combat situations in the conflict zone are concerned. However, what needs to be elaborated is the fact that  the Indian Army performs operational roles other than what is generally perceived.

These operational roles are peculiar and many armies who have women on board for combat roles may not at all, or rarely, if at all,  get to take part in such activities. Moreover, these tasks are performed through the year, conflict or no conflict.  Some of these are ‘Long Range Patrols’ of three to four weeks in remote mountainous jungles or lying in ambushes in desolate places on freezing cold and pitch-dark nights, trying to stop infiltration. I do not think there is a need to even mention the Siachen Glacier. These tasks would entail lone women officers (as and when a decision is taken to induct women officers in combat arms) leading a group of men and living with them. The entire circumstance under which daily routine is carried out, in such situations, is what the movies do not speak about, instead they only romanticise soldiers firing a few rounds and convey the erroneous message that this is what combat is all about.

A similar sentiment was conveyed by the Chief of the Army Staff when being interviewed by a leading news channel. The interviewer, herself a seasoned news anchor reduced the Chief’s reply to it being a matter of a logistics. In so doing she oversimplified the issue; understanding the letter of what the Chief was saying but not registering the spirit at all.

The above notwithstanding even armies which have inducted women for combat roles are having issues. It was in 2013 that the US  opened the door to women in combat roles. At that time the Marine Corps leadership recommended that certain infantry and ground combat jobs remain  the exclusive preserve of men. However,  in 2015 the Marine Corps suggestions were overruled. As of last year, the Army and Marine Corps have accepted that the number of women seeking infantry jobs will be small. And also,  that women have struggled to pass the demanding training courses.

Israel, despite the premium on human resources and the constant state of readiness that their forces are required to be in, does not now allow women to serve in tank units. In April this year Israel scrapped a two year programme that allowed  women to serve in tank units. The pilot programme, though a success of sorts, has been stopped because of present operational needs of deploying tanks for missions defending the borders.

The above clearly outlines that this  issue is not about logistics and needs to be understood in the right context. Whilst there will always be those who do not wish to change the  status quo of not letting women officers join combat units, these are a miniscule percentage. The large majority are for women officers in for combat duties to the extent it is feasible and the Indian Army is already doing it.

6 Replies to “WOMEN IN COMBAT ROLES”